Rural portion of art season kicks off in historic village 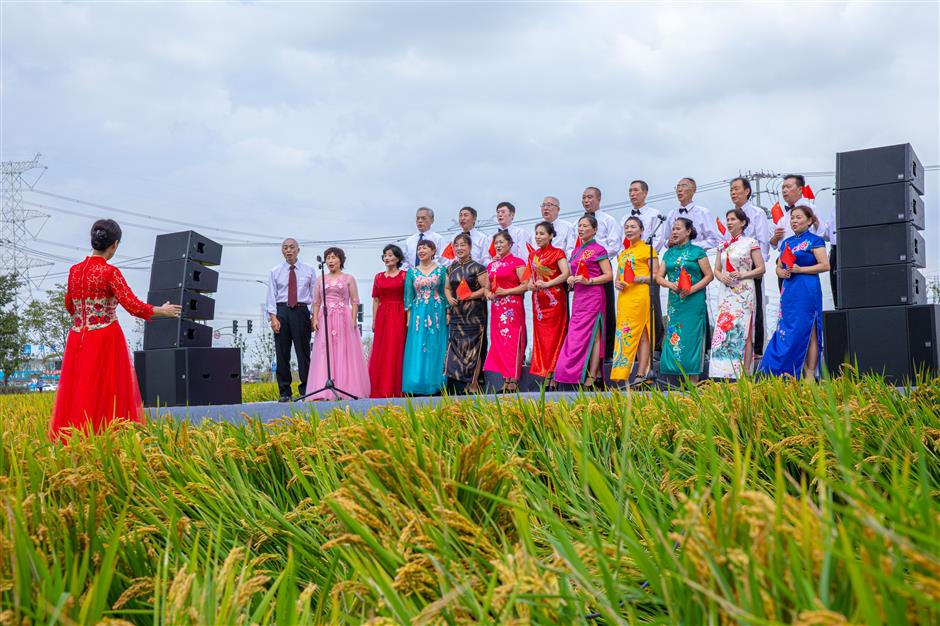 Villagers perform during the opening ceremony of the rural exhibition in Zhangyan for the Shanghai Urban Space Art Season 2021.

The ancient village dating back to the Northern Song Dynasty (960-1127) has become an example of the city's rural revitalization campaign.

The two-month exhibition invites visitors to tour the village and enjoy the rural scenery, experience the rural lifestyle, and watch various art performances, chiefly presented by the villagers.

"The exhibition mainly focuses on seniors and young villagers," said Dai Chun, the exhibition's curator. "A touring route, various scenarios, and a forum will be held to showcase the image of the ancient village, the relationship between villagers and nature, as well as the convenient life circle concept."

With cooperation from Tongji University's College of Design and Innovation, the village launched a major renovation last year to improve the its environment, build additional facilities, and place art installations throughout the village.

Lou Yongqi, vice president of Tongji and the college's dean, said the village is expected to become a prototype for future industrial villages under the rural revitalization campaign.

A forum themed on community life circle designs for suburban villages is being held aside exhibition. Architects, experts and urban planning officials shared their suggestions regarding the future development of Zhangyan and other local villages. 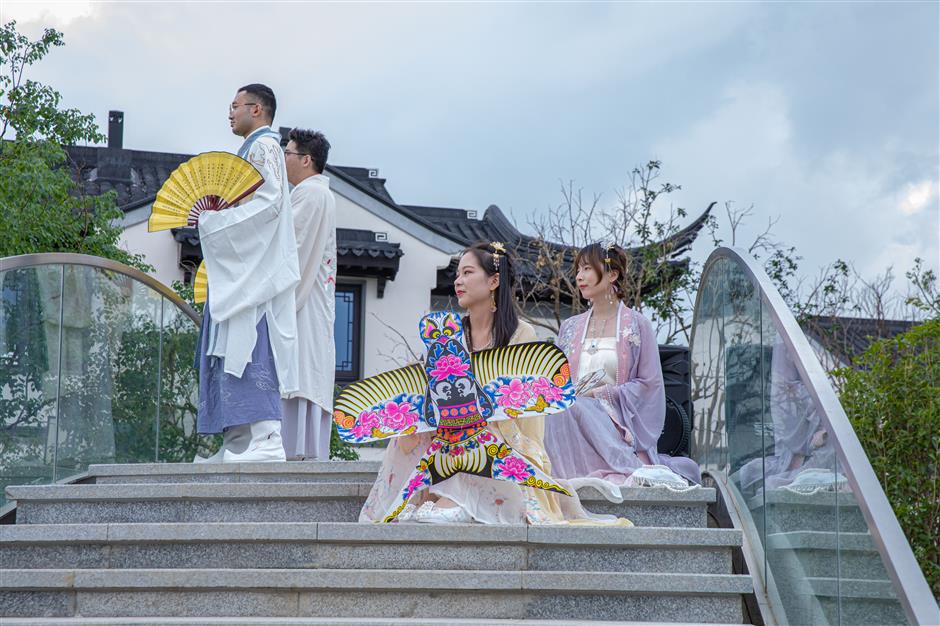 Artists pose on a modern bridge for the rural exhibition of the Shanghai Urban Space Art Season 2021 in Zhangyan Village.