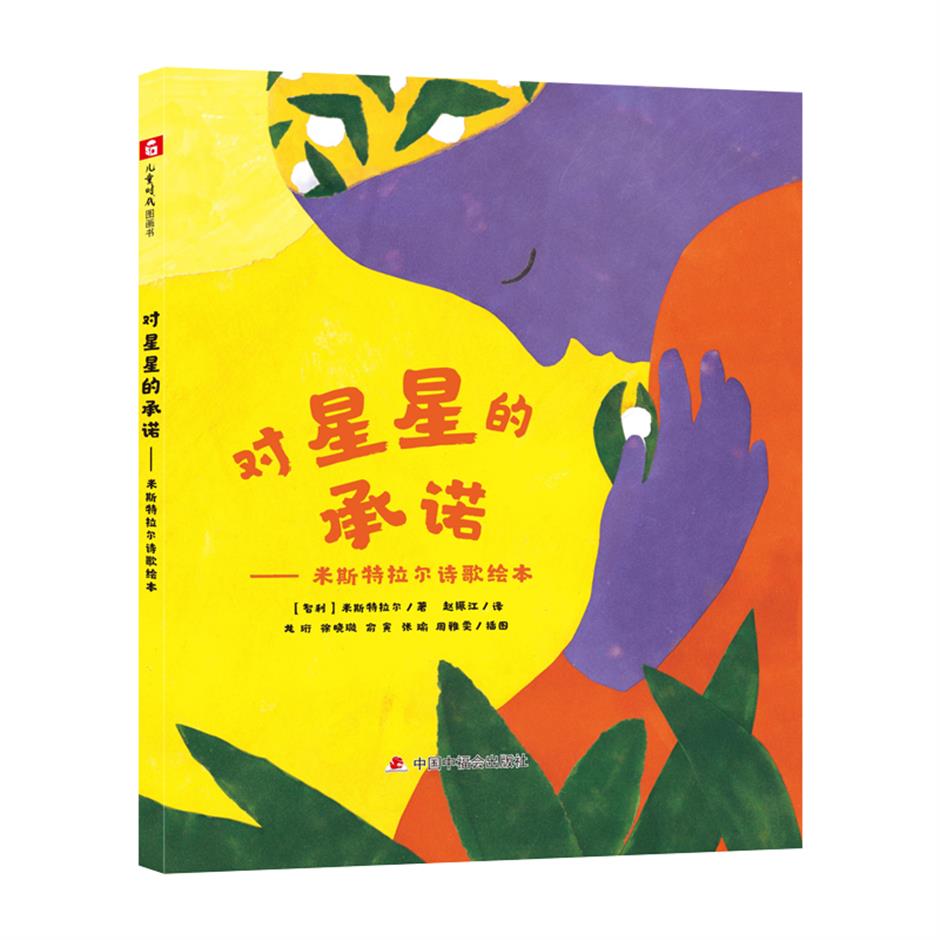 The book "Promise to Stars"

A picture book with poems by Chilean poet Gabriela Mistral has been published by the China Welfare Institute Publishing House as a gift for children.

It is the first time for poetry written by the Nobel laureate to be published in China as a book for children.

The book, titled "Promise to Stars," features 20 poems written by Mistral and translated from Spanish into Chinese by Peking University professor Zhao Zhenjiang. The publisher invited five illustrators to paint pictures based on the poems. The paintings are now on display at the China Welfare Institute's Soong Ching Ling Cultural Space, and the exhibition will run until the end of November.

"Mistral is a world-famous poet whose poems feature intimate communication with nature and integration of hymns and children's rhymes," said Yu Lan, president of the publishing house.

She said all the poems in the book had the same theme – love, in praise of maternal love, family love and love for nature. It coincides with the publisher's principle of giving the most precious things to children, which was initiated by Madame Soong, honorary president of the People's Republic of China and founder of the China Welfare Institute.

"We believe that literature and art have no national boundaries. Excellent poems and illustrations are inspiring, and we pass them on to children as spiritual nutrients for artistic enjoyment. These are the most precious things to children," said Yu.

She said the book's publishing would be impossible without support from the Consulate General of Chile in Shanghai.

"Gabriela Mistral is undoubtedly a central figure in Latin American literature," said Claudio Garrido, Chilean consul general in Shanghai. "We sincerely hope that this book and Gabriela Mistral's poems will captivate Chinese children as it has for many generations of children in Chile and Latin America. I cannot imagine a better gift for the children of China that we Chileans could make than to share part of our best childhood memories and the beautiful poems of our beloved Gabriela Mistral, which now, with this book, also belong to them."