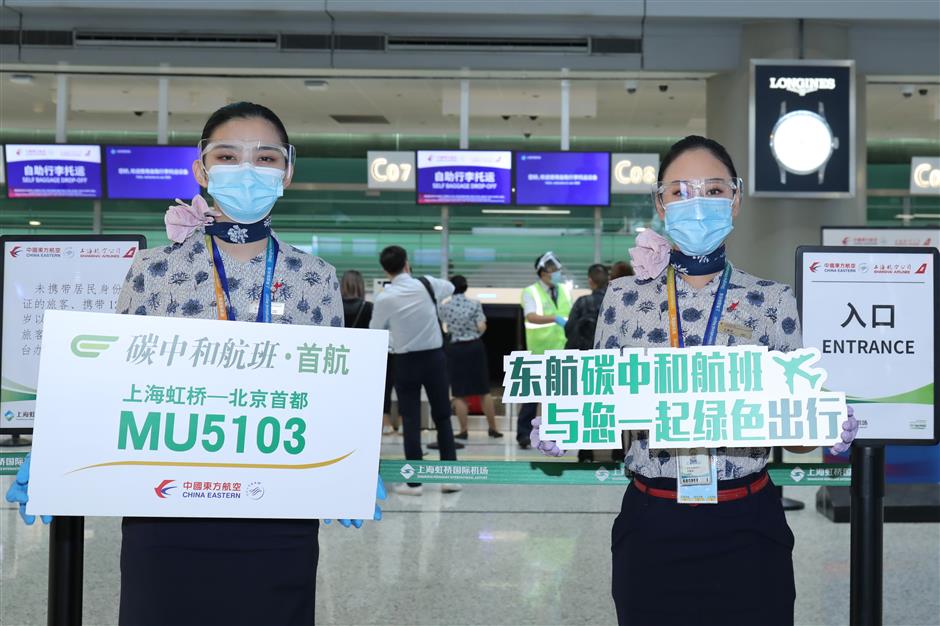 Flight attendants guide travelers to board the carbon-neutral flight at Hongqiao airport.

The Boeing 777-300 passenger aircraft was fueled by the "full life-cycle carbon-neutral fuel," which achieves carbon neutrality during exploration, transport, refining, storage and burning, certified by the Shanghai Environment and Energy Exchange, according to the airline.

The carrier has cooperated with China Petrochemical Corp, or Sinopec, and China COSCO Shipping to ensure the carbon neutrality of the fuel. The companies have purchased carbon credits in exchange to neutralize CO2 emissions during the fuel production process. 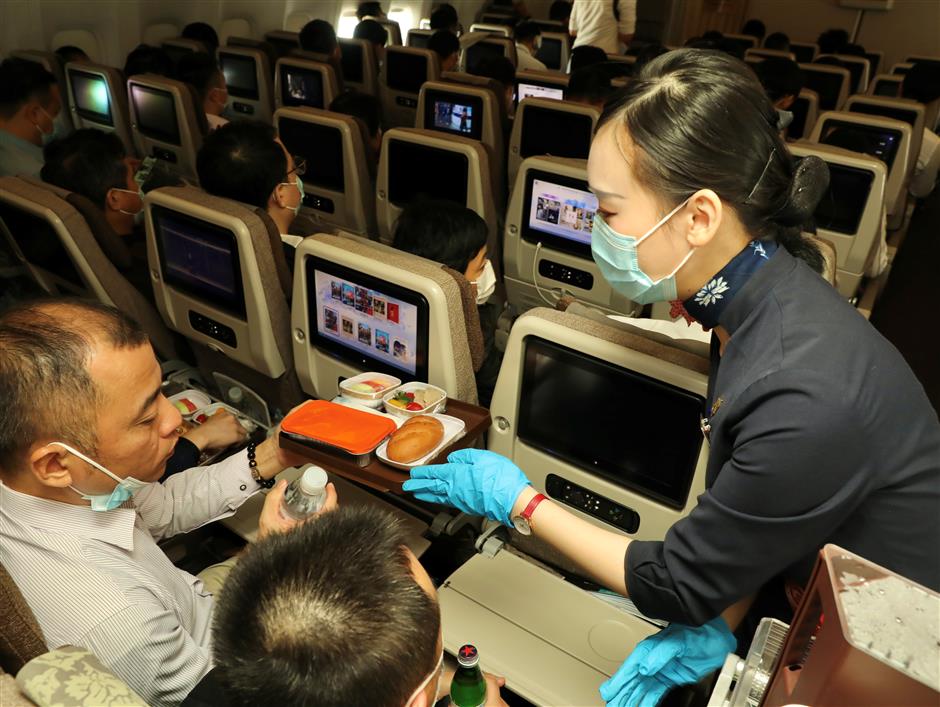 The dishware and packaging for blankets and earphones on the flight have also been made with environmentally friendly materials. Low-calorie meals were served in the cabin.

The Shanghai-based airline plans to operate some 780 carbon-neutral flights on 13 popular routes departing from Shanghai through December 10. Over a million kilometers of "green footprint" will be created with the flights, the airline said.

These flights will have a carbon neutrality mark on the airline's app during ticket booking. Passengers are encouraged to use their mileage to deduct carbon emissions on other commercial flights.

China Eastern promised to use the membership credits to support agriculture as well as green energy exploration projects in China's remote inland regions.

The country is striving to peak carbon dioxide emissions by 2030 and achieve carbon neutrality by 2060. 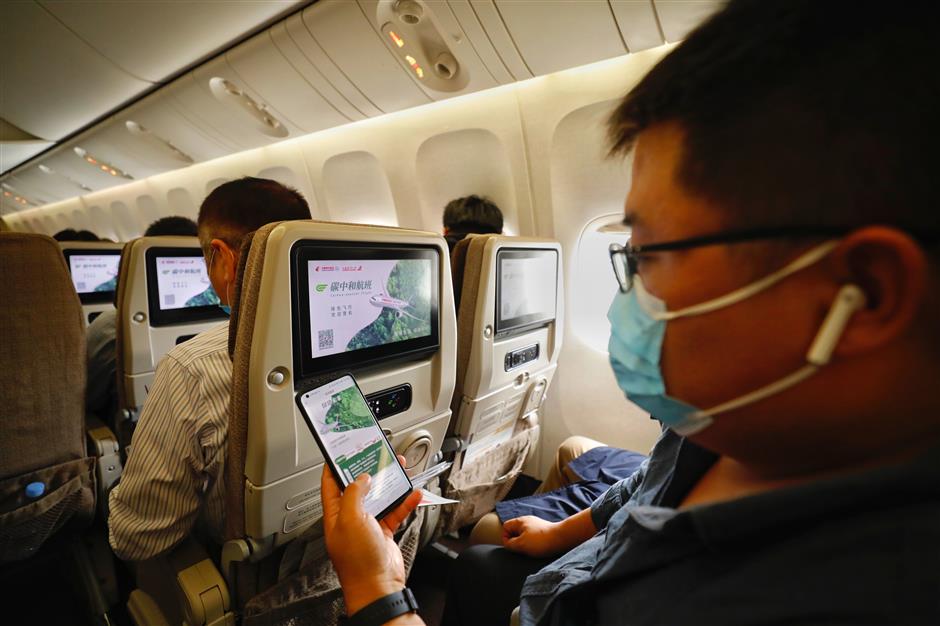