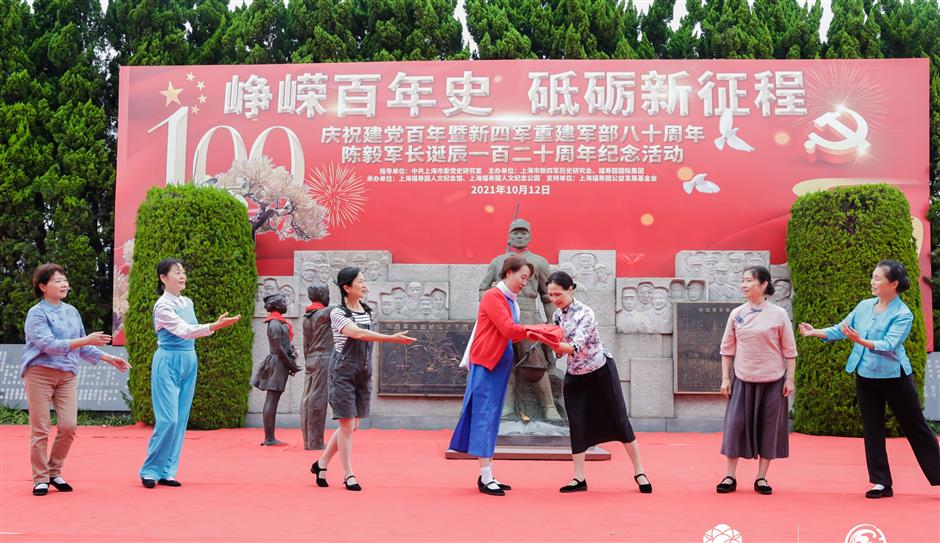 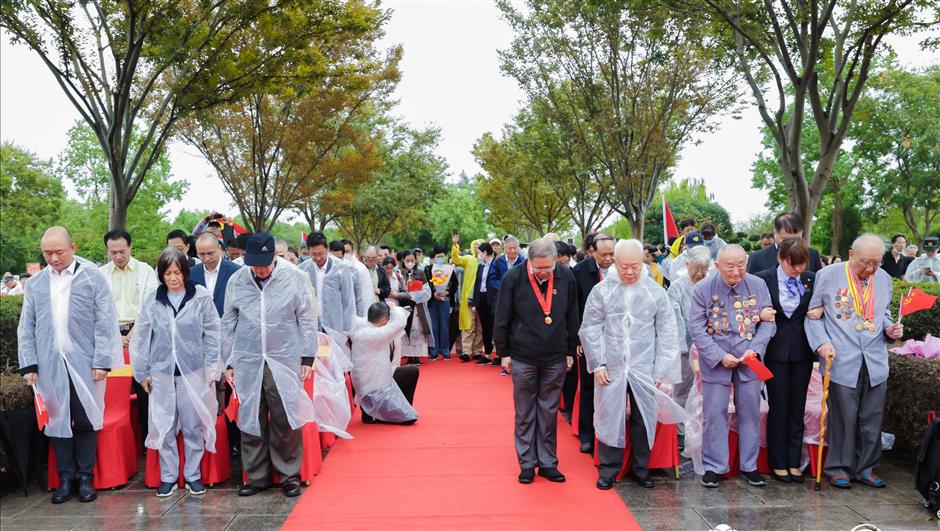 The New Fourth Army was founded on October 12, and it was the day when former soldiers of the army, their offspring and the general public gathered at the New Fourth Army Square in the cemetery to cherish history.

Built in 2005, the New Fourth Army Square is a "red" tourism base in the city that receives more than 400,000 visits annually. 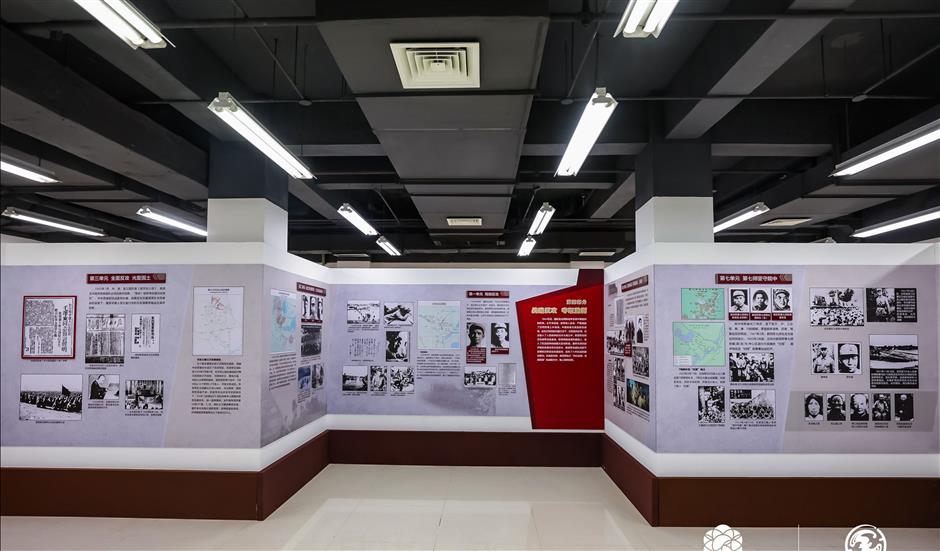 An exhibition on the history of the New Fourth Army opens to the public.

A total of 1,870 soldiers have been laid to rest in the square.

People laid flowers and mourned the revolutionary heroes at the tomb. Poems were read to pay tribute to them.

Chen Haosu, former president of the Chinese People's Association for Friendship with Foreign Countries and son of Chen Yi, recalled the life of his father.

An exhibition consisting of four sections opened to the public at the Shanghai Humanism Memorial Museum inside the cemetery on Tuesday in celebration of the 100th anniversary of the founding of the Communist Party of China.

Featuring around 500 precious historic photos, it displays the history of the army and the contribution of the New Fourth Army in China's War of Resistance Against Japanese Aggression (1931-1945) and the World Anti-Fascist War under the leadership of the Communist Party of China.