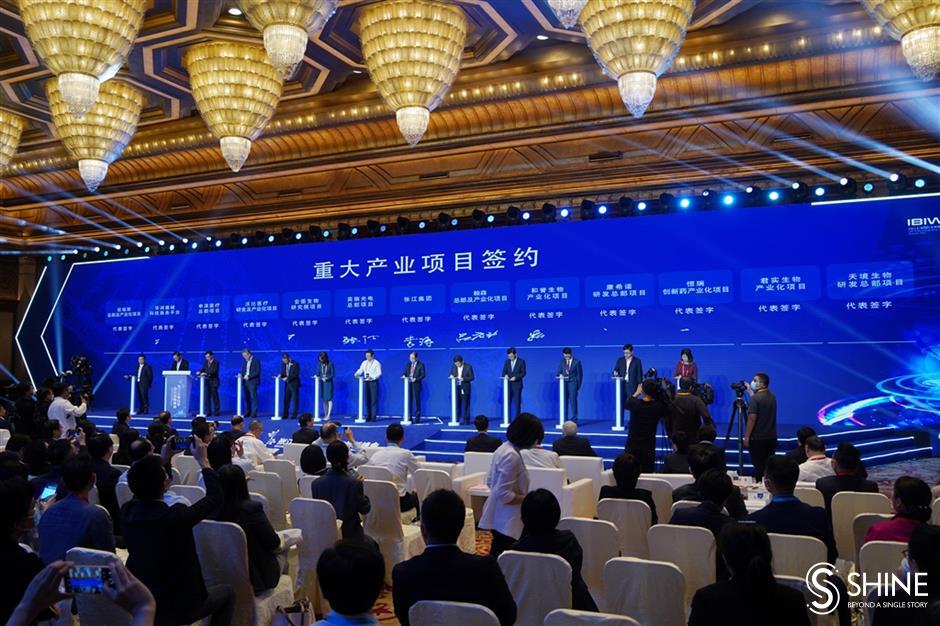 A total of 24 projects with a total investment of 31.2 billion yuan were signed on Tuesday.

The Zhangjiang area in the Pudong New District is showing its strength in life sciences with a goal to create a world-class biomedical industry center during a four-day summit in Shanghai.

It features 25 forums with more than 200 attendees gathered to discuss the industry's development.

During the summit, the Zhangjiang biomedical innovation index was released.

The index reflects the new trends and changes in Shanghai's biomedical industry and the development of the industry in Zhangjiang in particular. 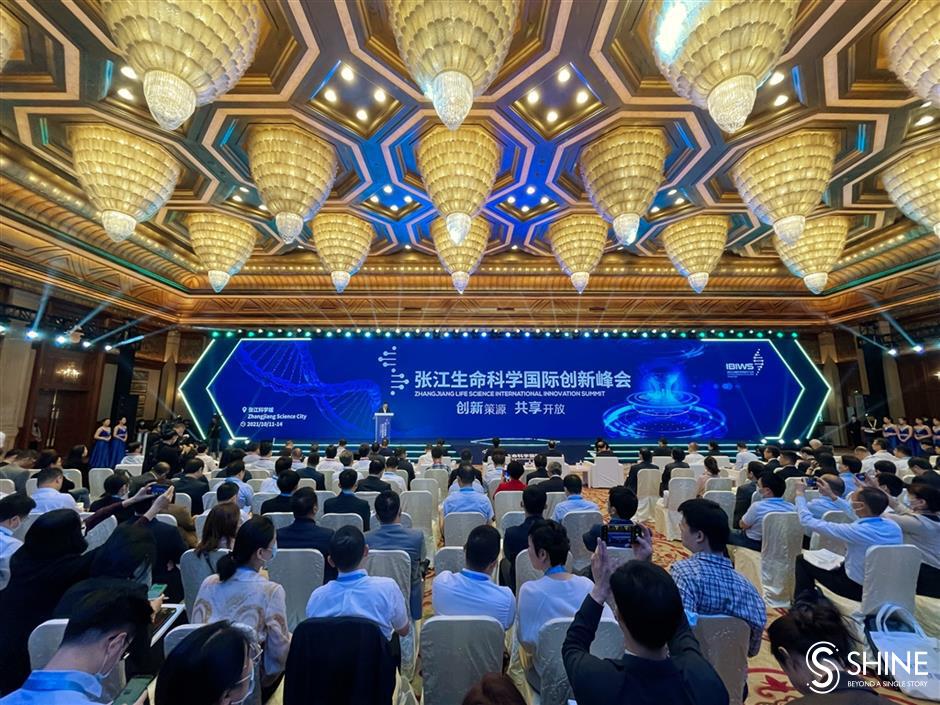 Scene at the summit

The index's innovation score for Zhangjiang's biomedical industry reached 110.3 in 2020, up 10.3 percent from a year earlier, based on the concentration of industry enterprises, national contributions, and global involvement.

Zhangjiang is home to nearly 70,000 professionals, and its cell industry leads the nation.

Among clinical experiment projects of cellular drugs approved by the nation, 16 came from Zhangjiang, or two-thirds of Shanghai's total and nearly one-third of the country's total.

An AI new drug research and development alliance was formed during the summit.

It is comprised of about 20 emerging companies in the artificial intelligence field and pharmaceutical companies as well.

By 2025, 30 innovation coalitions in AI plus pharmacy fields will be established in Zhangjiang.

"Centering on Zhangjiang, the Pudong New Area will become the originating place of global life science competition and create an innovation-oriented industry cluster in the future," said Xu Xin, director of the Pudong New Area Science and Technology and Economic Commission.

During the summit, 24 projects with a total investment of 31.2 billion yuan (US$4.77 billion) were agreed upon.

Zhangjiang has led the way in terms of biomedical innovation and new drug development after nearly 30 years of growth.

Among the global top 10 pharmaceutical companies, seven have branches in Zhangjiang.