Consular spouses get a close look at qipao culture

Spouses of about 30 foreign consular officers in Shanghai learned about the history and culture of qipao in Minhang District on Tuesday.

The event was hosted by the Shanghai Kunqu Pengpai Art Research Center and the Huacao Jinfeng International Community Development Association to help them better understand Chinese culture and integrate into the local community. 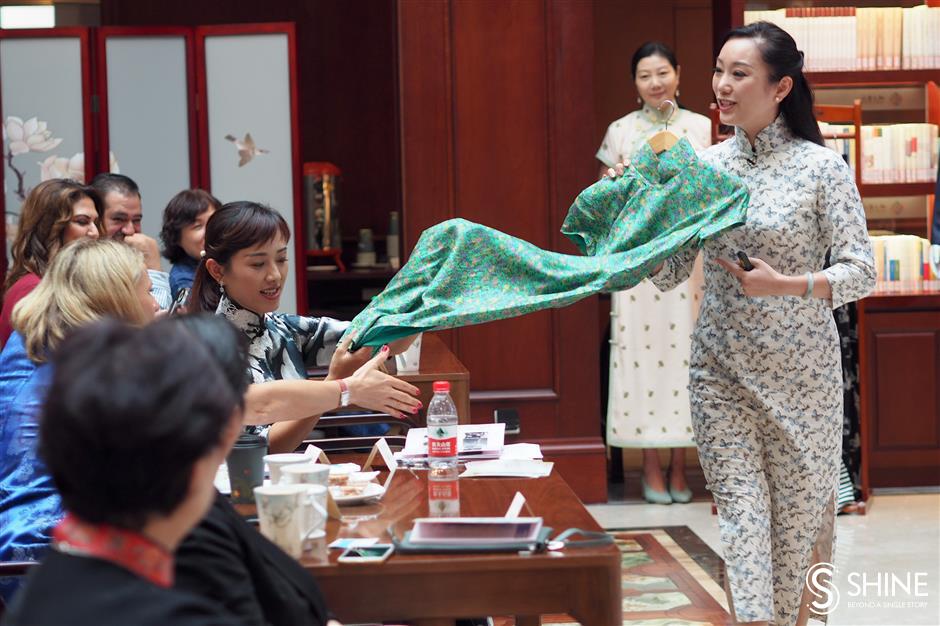 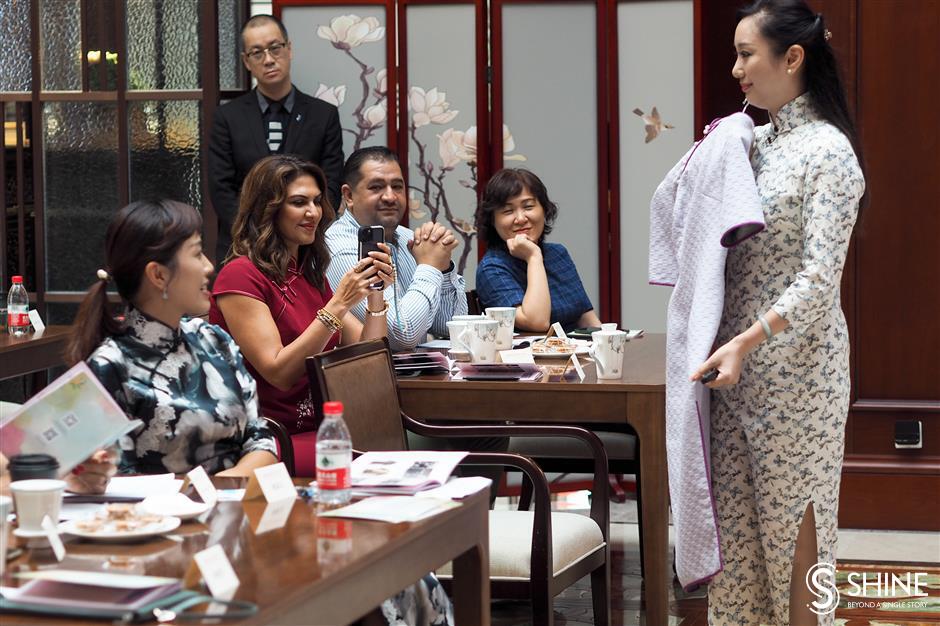 Zhao Jinyu, director of the Shanghai Kunqu Pengpai Art Research Center and ambassador of Shanghai-style qipao culture, delivered a lecture on qipao, the slim-cut traditional cheongsam for Chinese women – from the changes of traditional costumes to their integration with Western craft and the development of its styles and cloth types in modern times.

She said some women admired the beauty of qipao but did not dare to wear it on worries about the right occasions or whether the qipao would fit their statures.

"The Shanghai-style qipao represents an elegant, healthy, confident and tasteful lifestyle," said Zhao. "Women should not be limited in their dressing by occasions, statures or other reasons. As long as you love qipao and want to dress beautifully, you can wear it as you like." 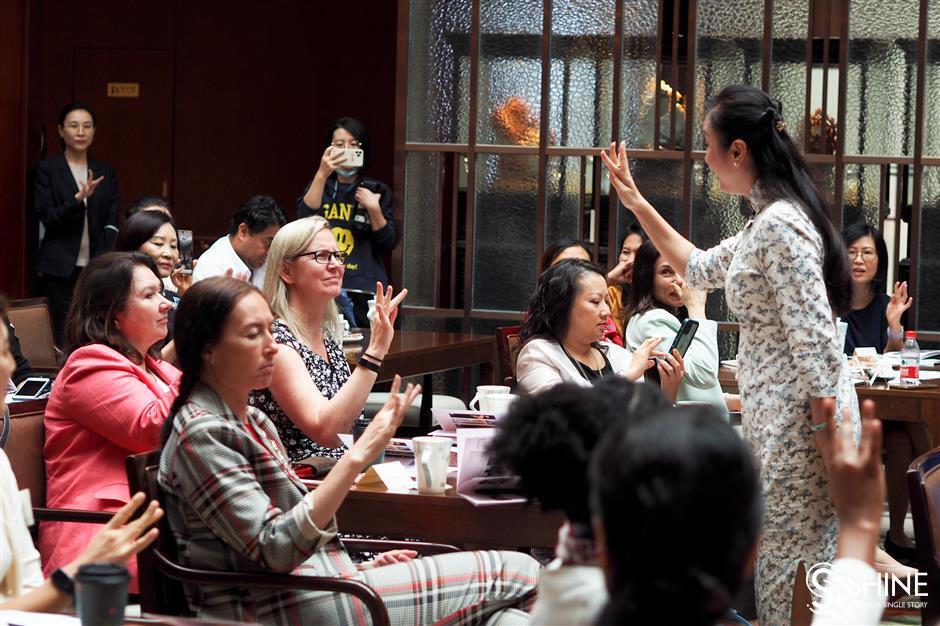 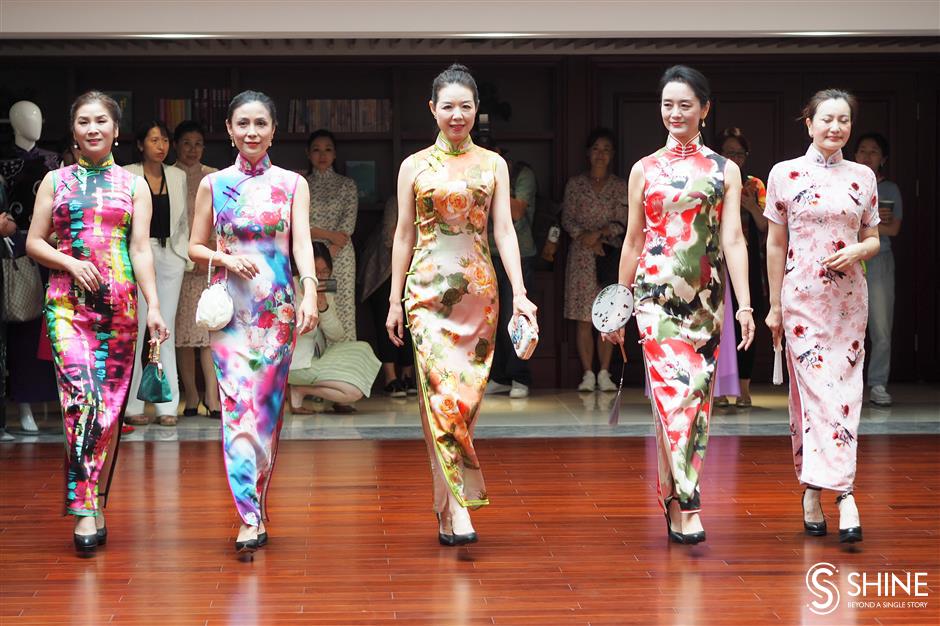 Some members of the Shanghai Qipao Culture Promotion Association performed a catwalk to show the charm of qipao.

At the event, some members of the Shanghai Qipao Culture Promotion Association performed a catwalk to show the charm of qipao.

"It's a unique experience for us today because we live in the city," said Emy Marinova, spouse of the Greek consul general in Shanghai.

"We learned so much, thanks to our great lecturer, about the styles and different models, explaining how to walk and how to behave when wearing qipao. We are all from different nationalities and we learned a very important iconic Chinese cultural element, which symbolizes much more than just a dress. It's not just the clothing, but also the history and significance behind it."

Marinova wore a blue qipao at the event and said it was made from a piece of cloth given by a Chinese friend.

"For me this qipao has a particularly important meaning because it was part of her wedding package from her grandmother and mother," she said. "It belonged to her great-grandmother, her grandmother, and then her mother. So for me it's not just about clothing, but about history." 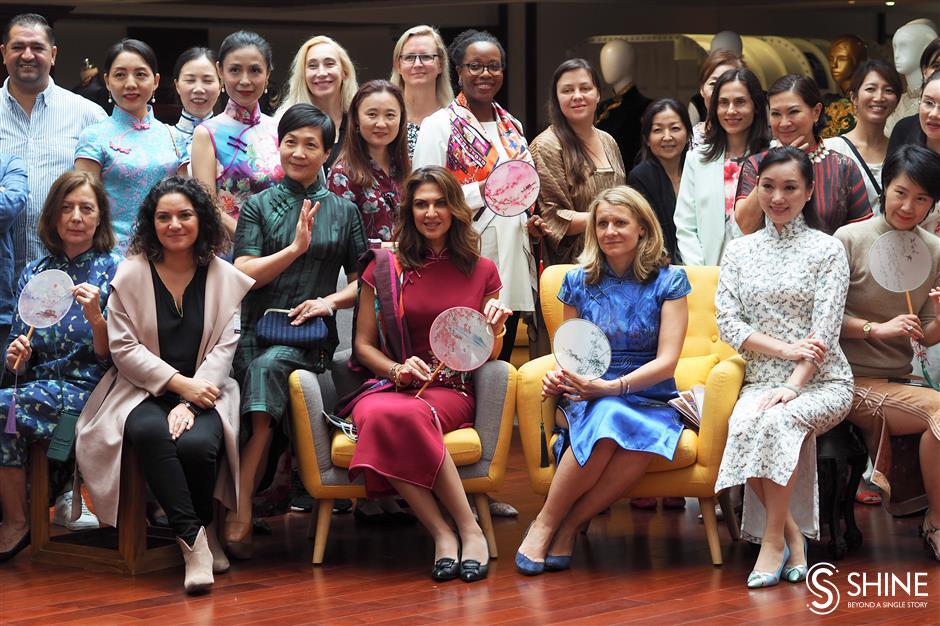 Unlike Marinova, who has been living in China for five years and Shanghai for three years, Maha Boftain, spouse of the consul general of Kuwait, came to Shanghai only two months ago. She wore a qipao for the first time.

"It's elegant and wearing a costume of another society is a very nice way to show how the two communities are connected to each other," she said. 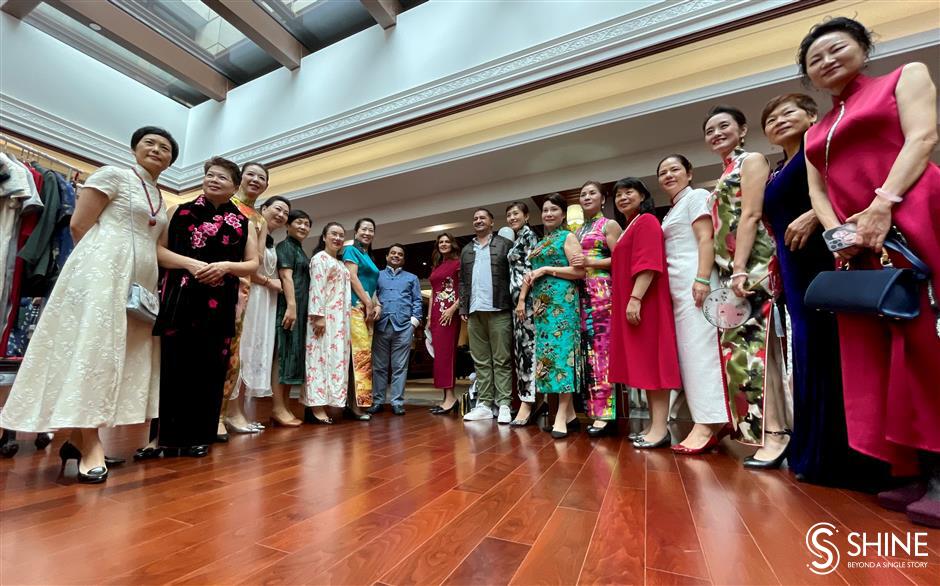