Celebrity otter gets pennant of honor for mobile-saving deed

You Tiao, the small-clawed otter at Shanghai Wild Animal Park, acted quickly when the mobile phone of a visitor fell in water last week.

Do you remember the small-clawed otter at Shanghai Wild Animal Park named "You Tiao" which helped a visitor "pick" her cell phone she accidentally dropped in water last week?

To show her gratitude, the visitor surnamed Zhao had promised to present a pennant to the otter at the time. 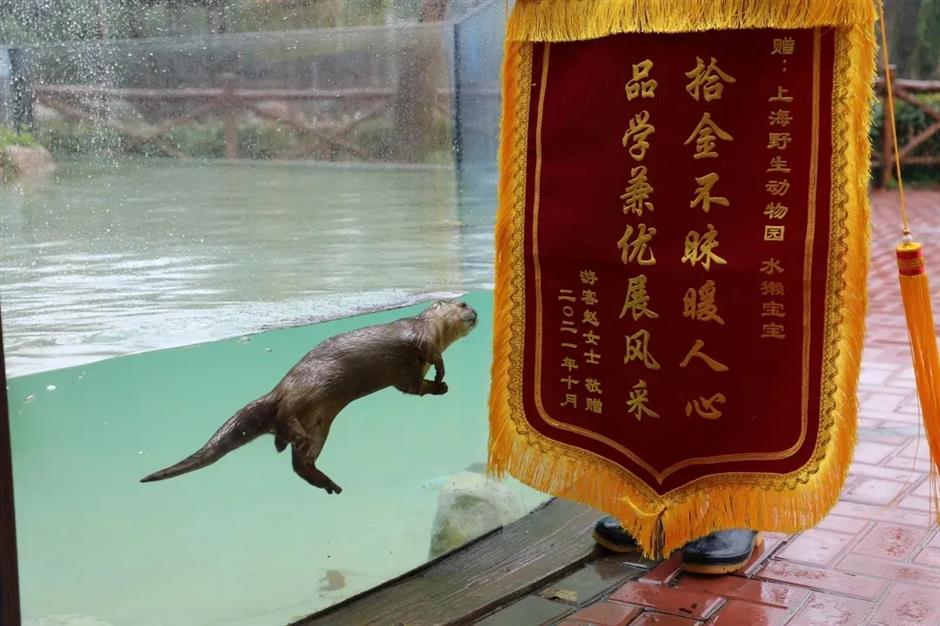 You Tiao looks at the pennant, presented by the visitor, whose mobile phone the otter rescued last week.

The park received the pennant on Monday, making "You Tiao" the first animal in the park to be so honored.

On seeing "You Tiao" via video link, Zhao, who's in Beijing now, said she was very excited. "It's so cute. I just want to laugh whenever I see it. I'm so happy... I'll make a special trip to see this little guy again next time!" 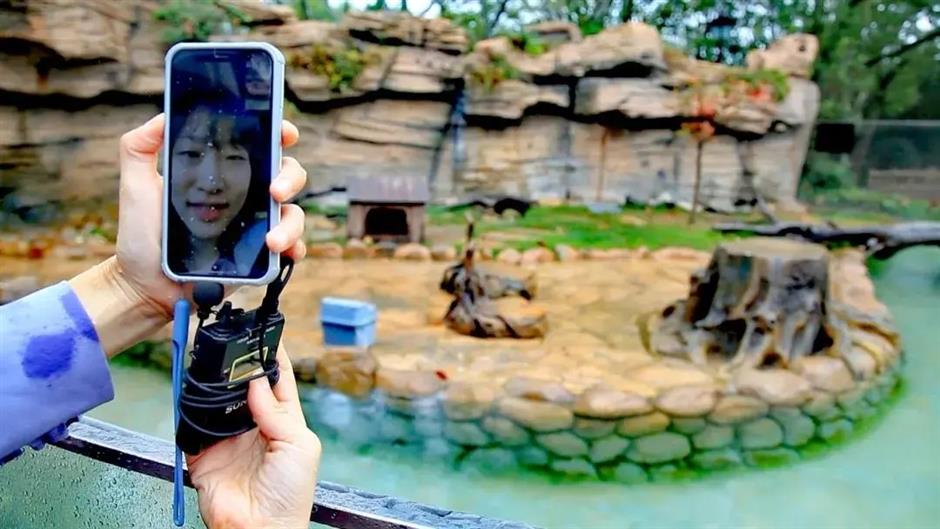 This visitor surnamed Zhao talks on a video link.

The park also rewarded "You Tiao" with an extra fresh fish in praise of its quick action. 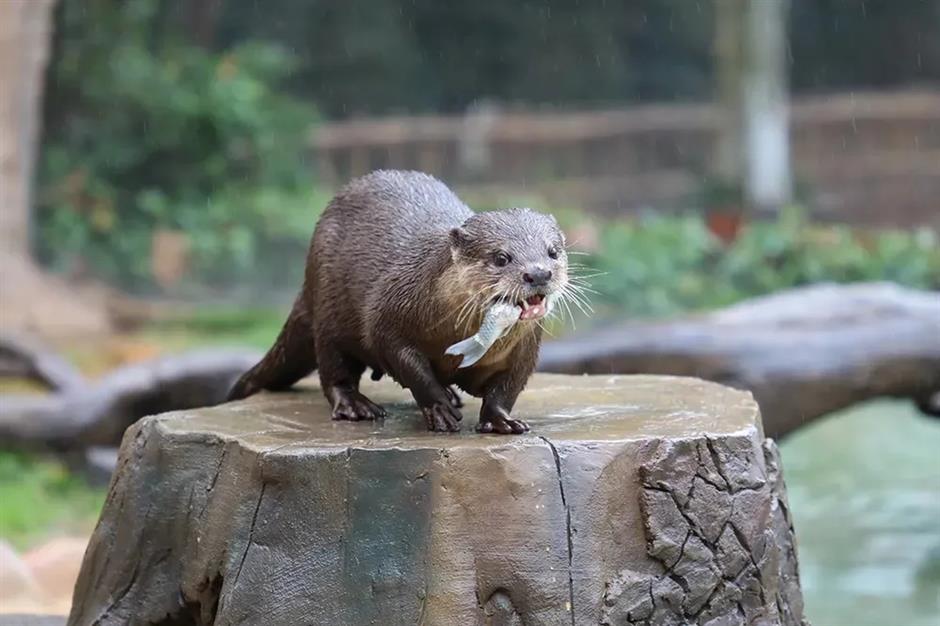 You Tiao enjoys an extra reward from the park.

The kind deed turned "You Tiao" into an Internet celebrity, earning a nickname, Lei Feng Otter, from some netizens.

Lei Feng is China's altruist icon, a young army officer who died while on duty and became a national symbol of selflessness, hard work and devotion to the country.