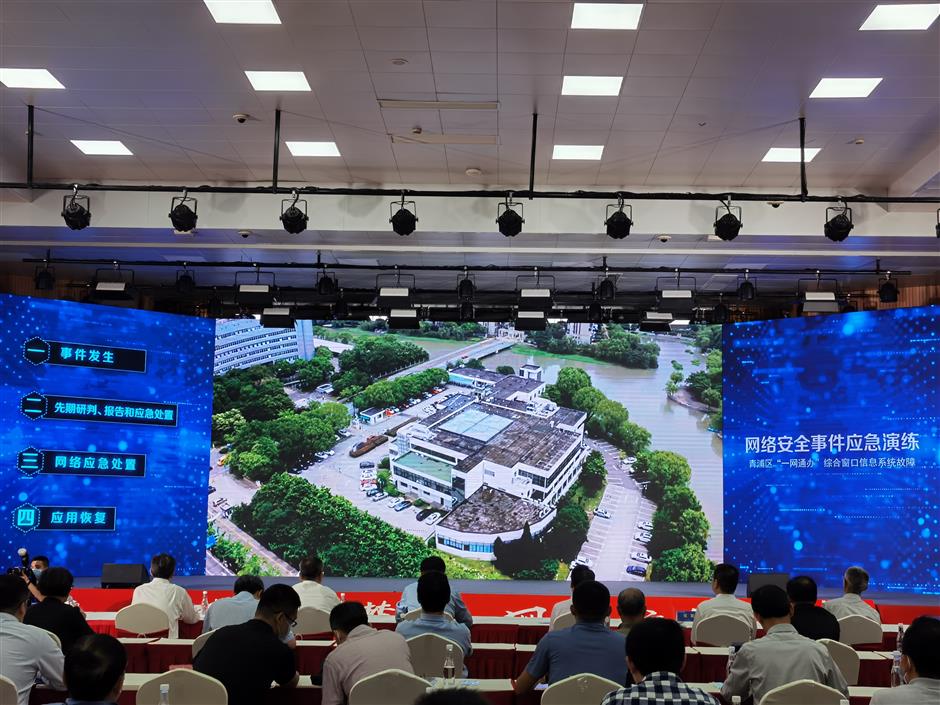 A cybersecurity drill is conducted.

An emergency cybersecurity drill was held in Qingpu District on Wednesday as part of the ongoing China Cybersecurity Week.

The exercise was a simulated situation where the district's one-step online government affairs service portal was attacked and broke down and tested officials' and technicians' ability to handle and respond to such a hypothetical malicious attack.

The drills were also conducted at four other venues such as the Shanghai Administration of Culture and Tourism and the Shenergy Group.

The aim is to handle cybersecurity emergency incidents properly and create a safe and stable Internet operating environment, the district government said.

A trillion-yuan digital economic belt is being formed in Qingpu which has attracted a cluster of digital economy businesses such as the Xicen Science and Technology Innovation Center, the Huawei Research and Development Center, Shixi Software Information Park, Beidou West Hongqiao Base, and Artificial Intelligence Industry Park. A safe cybersecurity environment is of great significance for this digital transformation, said Chen Jianguo, head of the Qingpu District Publicity Department.