Xizang children with cleft lip and palate treated in Shanghai

The five patients of Tibetan heritage, with the youngest aged 7 months old, came to Shanghai for the charity surgery thanks to a program offering help to people with congenital deformities based on Shanghai's medical support to Xizang.

Targeting children from poor families with birth defects, the program is intended to improve local medical standards regarding congenital deformities and diseases and prevent Xizang families from returning to poverty due to high medical costs.

This batch of patients is the first group benefiting from the program, which sends patients with serious health issues to Shanghai for surgery.

They arrived with their families on Tuesday and will receive surgery on Thursday. All patients are expected to be discharged on Saturday. 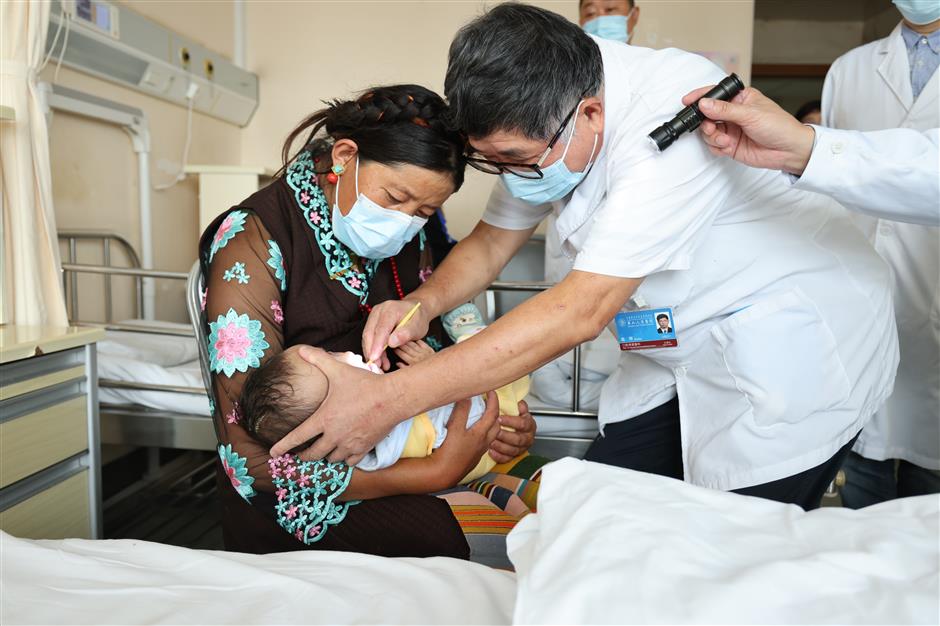