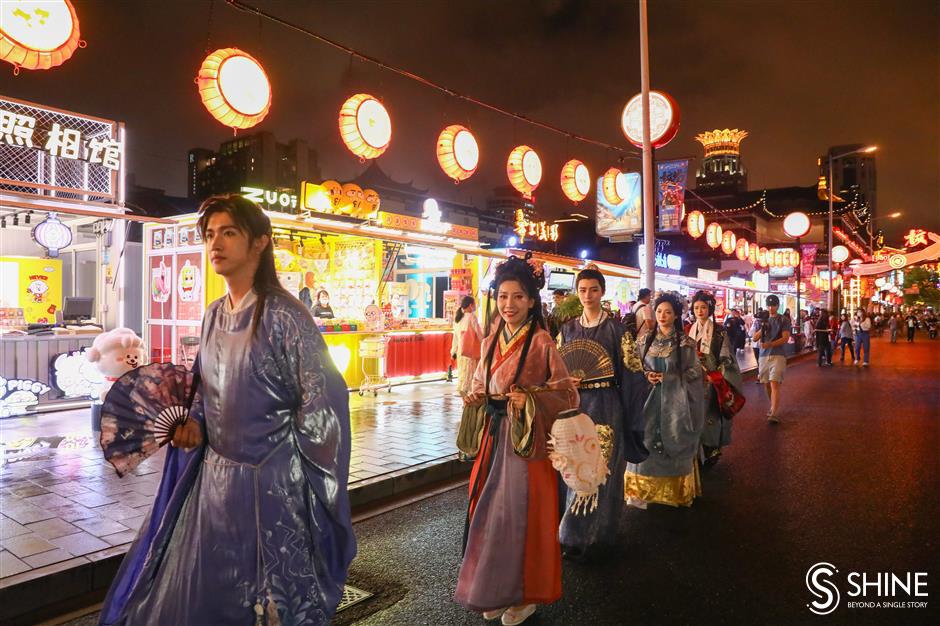 A major renovation of Shanghai's former military drill ground from the Ming Dynasty (1368-1644) has been completed and it officially opened on Wednesday with preserved historical ambiance and innovative stores.

The 200-meter-long street was once one of the two military drill grounds guarding Shanghai's old town. The big drill ground built in 1514 was relocated and gradually disappeared, with the smaller base on the street now the only remaining Ming Dynasty military site in downtown.

The ground later developed into a prosperous marketplace due to its proximity to the Shiliupu Wharf on the Bund. In its heydays, around 10,000 businesses operated in the region for the temple fair of the nearby City God Temple, which still exists today. 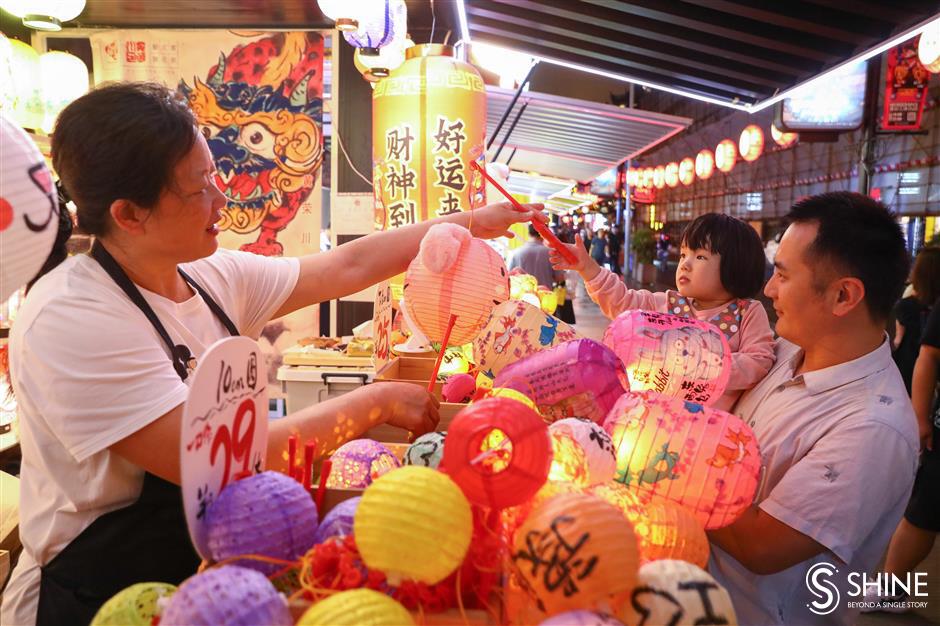 Customers buy traditional lanterns at a booth on the road.

The malls launched a renovation last year to restore the history of the landmark site.

Lanterns resembling ancient war drums illuminate the street. Many classic woodblock prints, a listed cultural heritage of the city, are displayed along the road. They include paintings about children playing with dragon lanterns, a busy market street of the city and acrobatic shows in the historical Yuyuan Garden.

The first batch of 30 national brands are now based on the street. A scheme has been introduced to eliminate shops with worst sales performance and attract new pop-up stores.

Traditional performances such as pingtan, or storytelling and music in the Suzhou dialect, will be performed on weekends to restore the ambiance of the traditional temple fair at the historical military site.

The malls, the dining and shopping facilities near the historic city garden, have launched various campaigns to restore the traditional ambiance and promote traditional culture while boosting consumption amid the COVID-19 pandemic.

Traditional parades and performances are staged for each of the 24 Solar Terms to help promote traditional Chinese culture among visitors, from home and abroad. 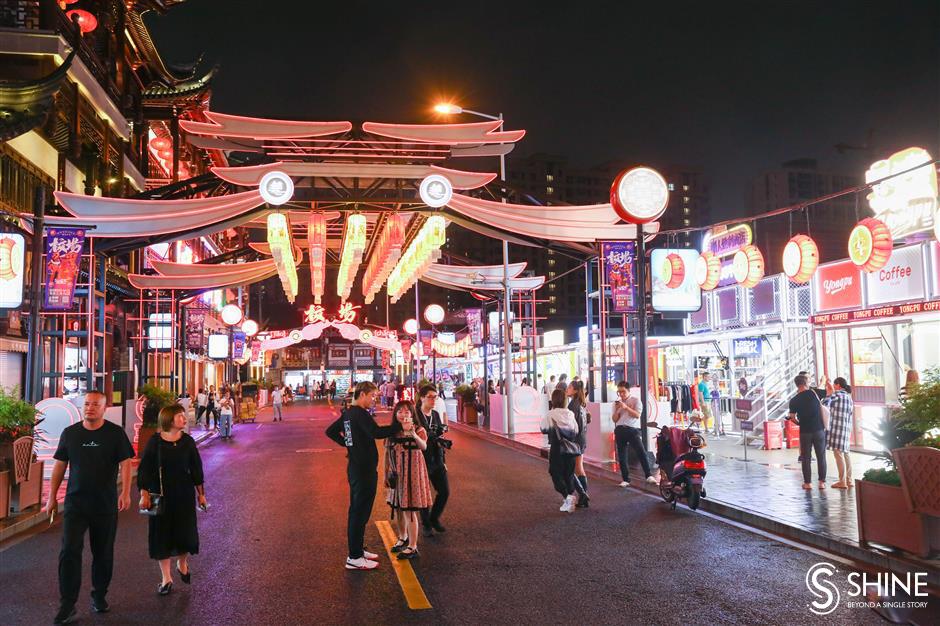 The street is decorated with lanterns resembling war drums and woodblock prints.