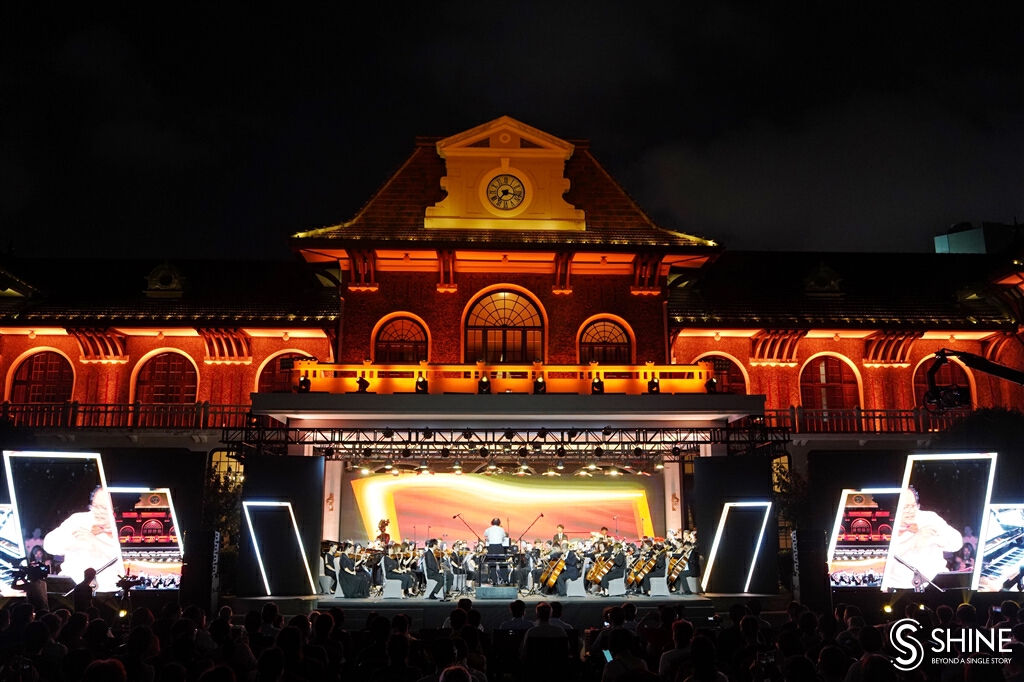 Ten experts in the fields of science and technology were honored in Shanghai on Thursday night for their outstanding dedication.

Crowned as this year's "most beautiful scientific and technological workers," they included Ding Wenjiang, an academician of the Chinese Academy of Engineering and a professor at Shanghai Jiao Tong University, shipbuilding expert Mao Xianqun, and Zhu Zhencai, deputy Party secretary and deputy director of the Innovation Academy for Microsatellites at the Chinese Academy of Sciences.

A renowned materials science and engineering specialist, Ding has developed the world's lightest magnesium alloys using rare earth metals, opening a new era for the use of magnesium as metallic implants in people.

They received their awards at Shanghai Science Hall in Huangpu District on Thursday night.

A symphony music concert was held in the award ceremony hall in celebration of the 100th anniversary of the founding of the Communist Party of China and to honor the city's outstanding science and technology minds.