More than 70 performances by hundreds of young artists are being staged for free in public spaces near Sinan Mansions during a three-day art festival over the weekend.

The 2021 Sinan City Art Festival, with the theme of "HUG," includes outdoor performances, immersive dramas and exhibitions on the streets and inside the historical villas through Sunday.

The performances will feature about 100 artists including some from the city's Kunqu Opera troupe and drama arts center. Close interaction with audiences will be a highlight.

A small theater for immersive drama has been newly unveiled at the mansions for the festival. Young artists from Shanghai Kunqu Opera Troupe will present a stage drama blending traditional Chinese opera and modern dances. Audiences can closely interact with the artists and even take part in the performances. 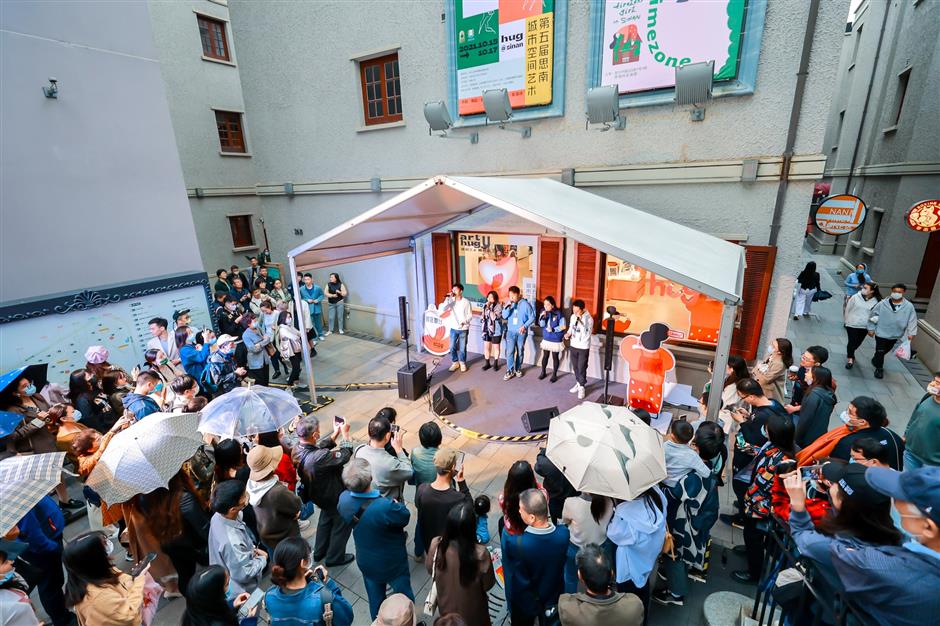 Artists perform at Sinan Mansions over the weekend.

As a highlight, the play "White Rabbit, Red Rabbit" will be staged. The long-awaited play is unrehearsed, has no director, features a different actor each night and a script in a sealed envelope on stage. The theatrical experiment is by Iranian writer Nassim Soleimanpour.

This year's festival aims to create an art carnival to bring people back amid the COVID-19 pandemic, as well as a platform for local young artists to showcase their talent, according to the mansions.

The shows are being held at more than a dozen sites among the historic villas and the park. There's no fixed schedule as to when the performances start.

The mansions in Huangpu District feature over 50 historic garden villas in various styles. Many were former residences of celebrities such as poet Liu Yazi and Peking Opera master Mei Lanfang. Some of the villas have been converted into cafes, restaurants and shops.

The annual event began in 2017 and attracts over 10,000 visitors and millions of online views every year. 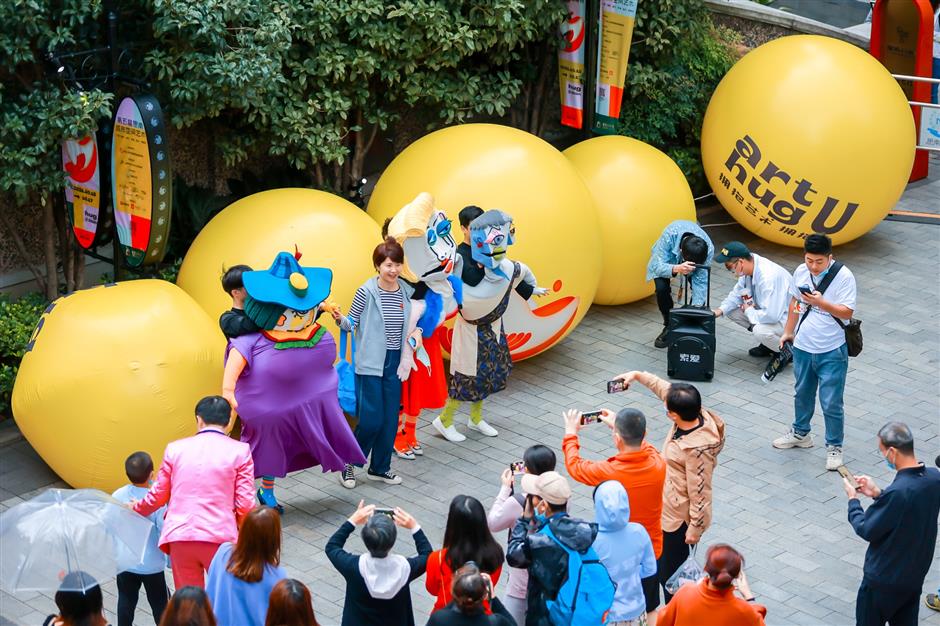 Artists interact with visitors at the Sinan Mansions. 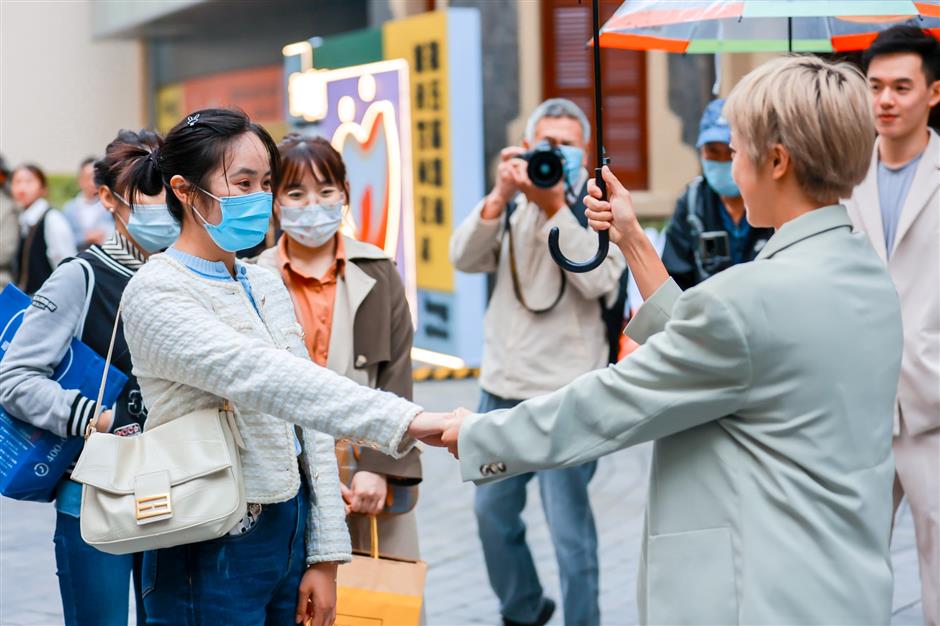 An artist invites a visitor to perform with her. 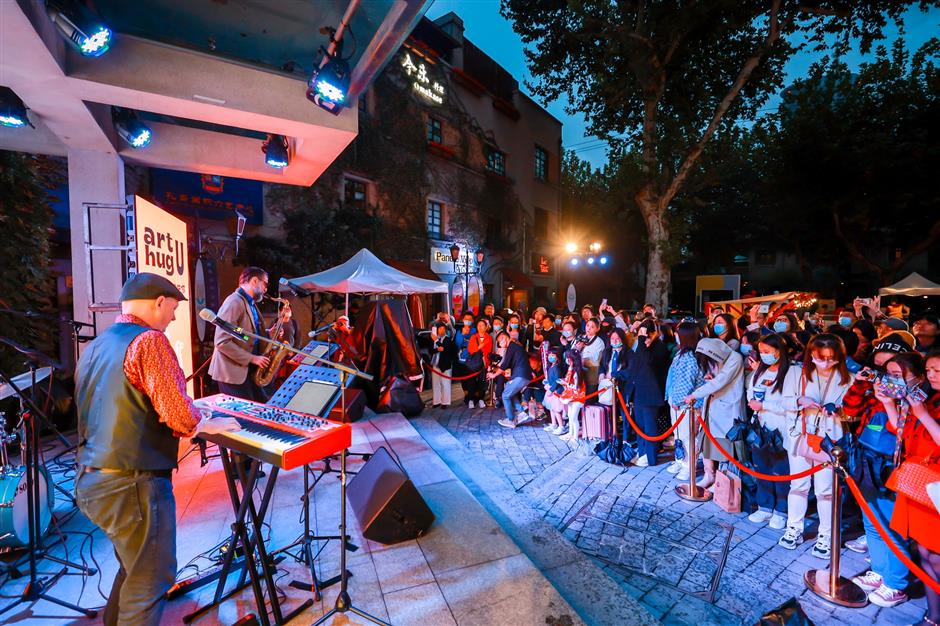 Foreign artists perform for visitors at the mansions.