Chinese herbal paste is just the tonic for cold weather 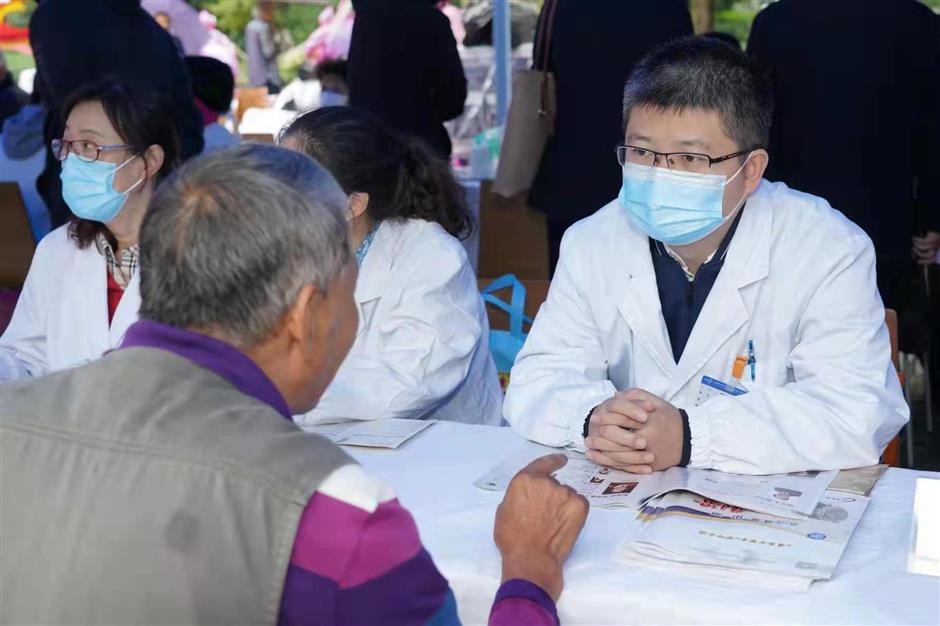 A doctor at Shanghai Yueyeng Hospital of Integrated Traditional Chinese and Western Medicine answers the questions of an elderly man.

With the drop in temperatures, it is the season to take gaofang, a traditional Chinese herbal paste, which can enhance immunity and help control chronic problems.

Medical experts from Shanghai Yueyang Hospital of Integrated Traditional Chinese and Western Medicine have launched a TCM festival. It will promote TCM-based health knowledge, chronic disease prevention and control and a healthy lifestyle among local residents.

The opening ceremony was held at Luxun Park on Saturday, when free medical consultations and education were offered.

Yueyang is the only hospital in Shanghai to make gaofang inside the premises, a traditional practice, as other hospitals have hired pharmaceutical companies.

"We insist on following the traditional way of making gaofang to preserve its original flavor and effects," said Dr Zhou Jia, president of Shanghai Yueyang Hospital of Integrated Traditional Chinese and Western Medicine.

"There are 100 special bronze pots in the plant at the hospital. Each pot is only used to make gaofang for one patient, as each prescription is tailored for the individual patient."

He said gaofang is popular among local residents, those from Yangtze River Delta region and people from Hong Kong, Macau and Taiwan.

Previously, gaofang was mainly popular among the elderly.

Now, more young and middle-aged people have started to take gaofang to improve immunity and health. Doctors say it reduces problems like insomnia, poor appetite, obesity due to a fast-paced life, unhealthy lifestyle and pressure due to work and life. 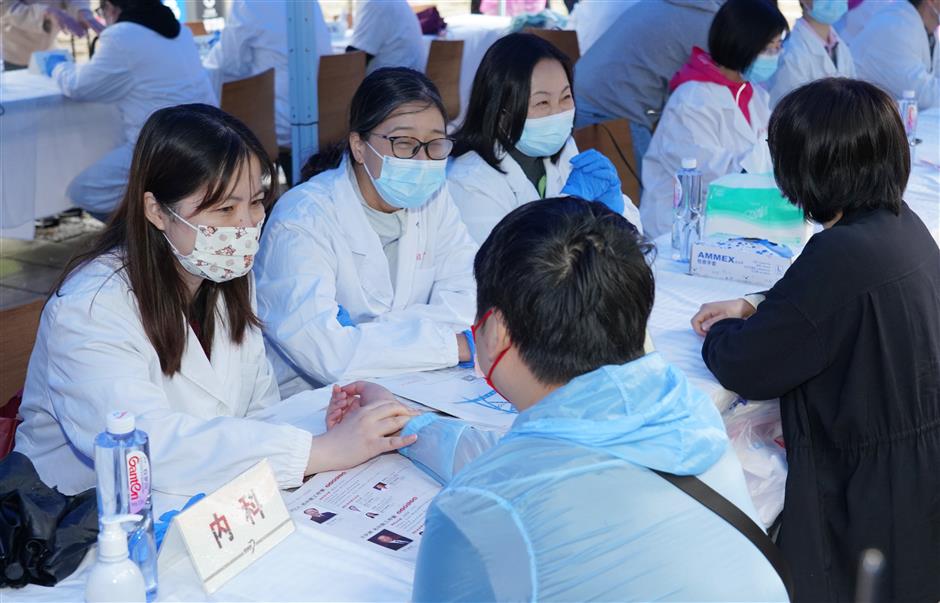 A doctor at Yueyang checks a woman's pulse during the medical consultation.