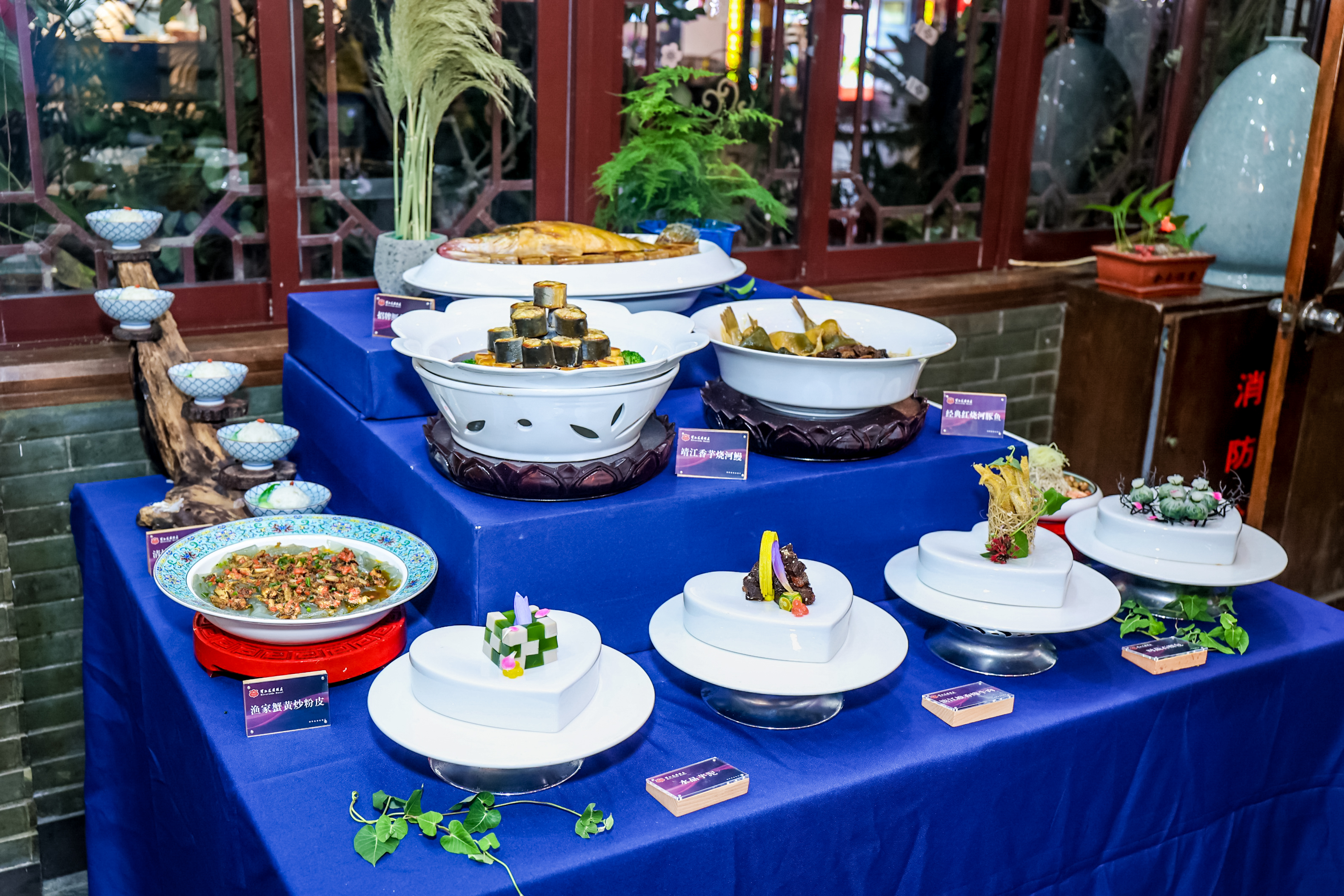 The city of Taizhou, in neighboring Jiangsu Province, is cooking up a feast in Shanghai for a week.

The weeklong food festival commenced in the historic town of Qibao in Minhang District on Sunday led by authorities from Taizhou.

Those well-versed in these culinary arts showed off their skills at the market. They also displayed how a xiehuang tangbao is made. 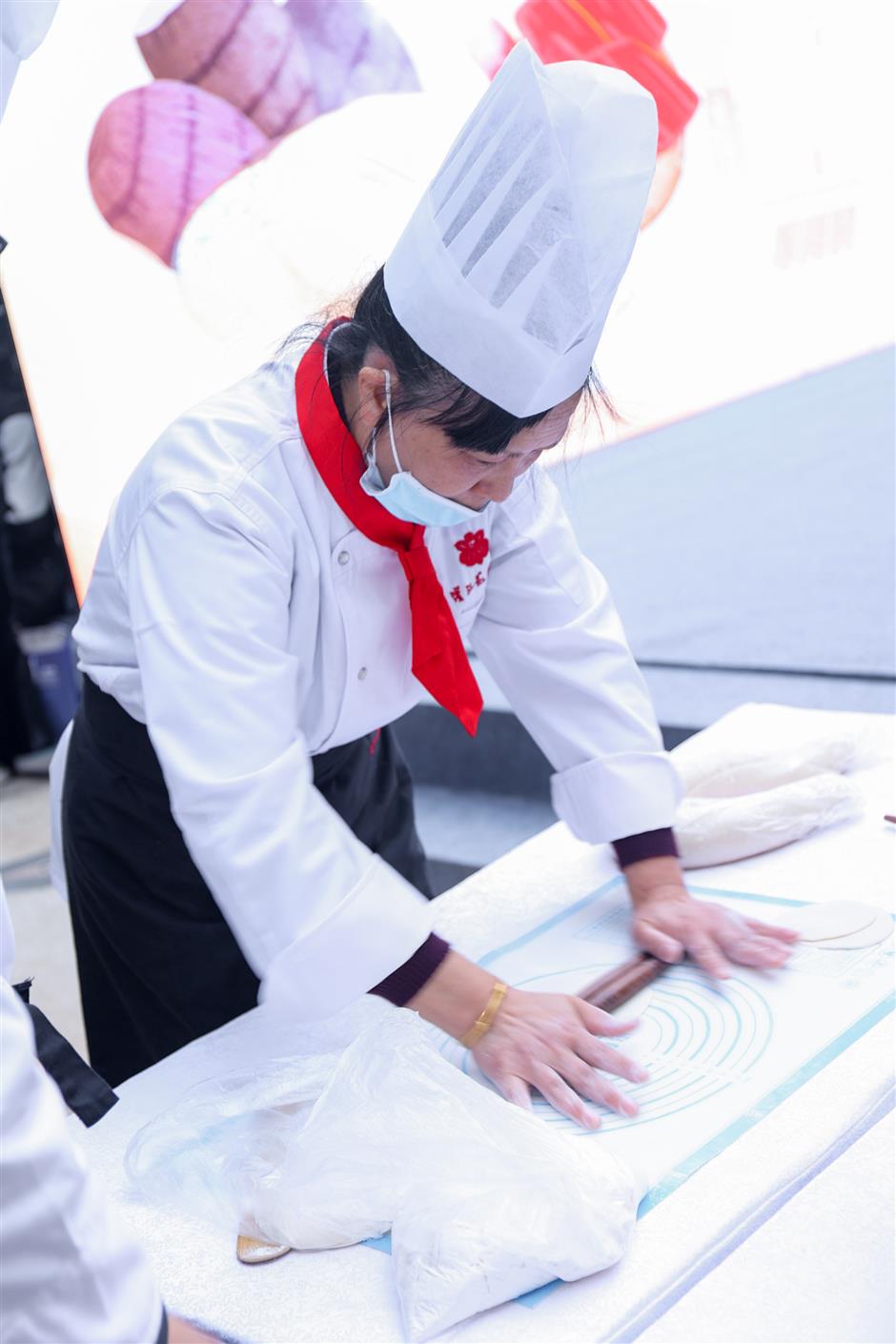 A chef from Taizhou shows off skills in making xiehuang tangbao in Shanghai.

Taizhou's cultural and innovative products are featured at the Bell Tower Square in the town of Qibao, and people are invited to taste xiehuang tangbao for free at the Qibao Old Restaurant during the week.

The city's delicacies made by local chefs will also be served at the restaurant.

Taizhou is a paradise for gourmets with other delicacies such as fish soup noodles and Qinhu eight-dish banquets.