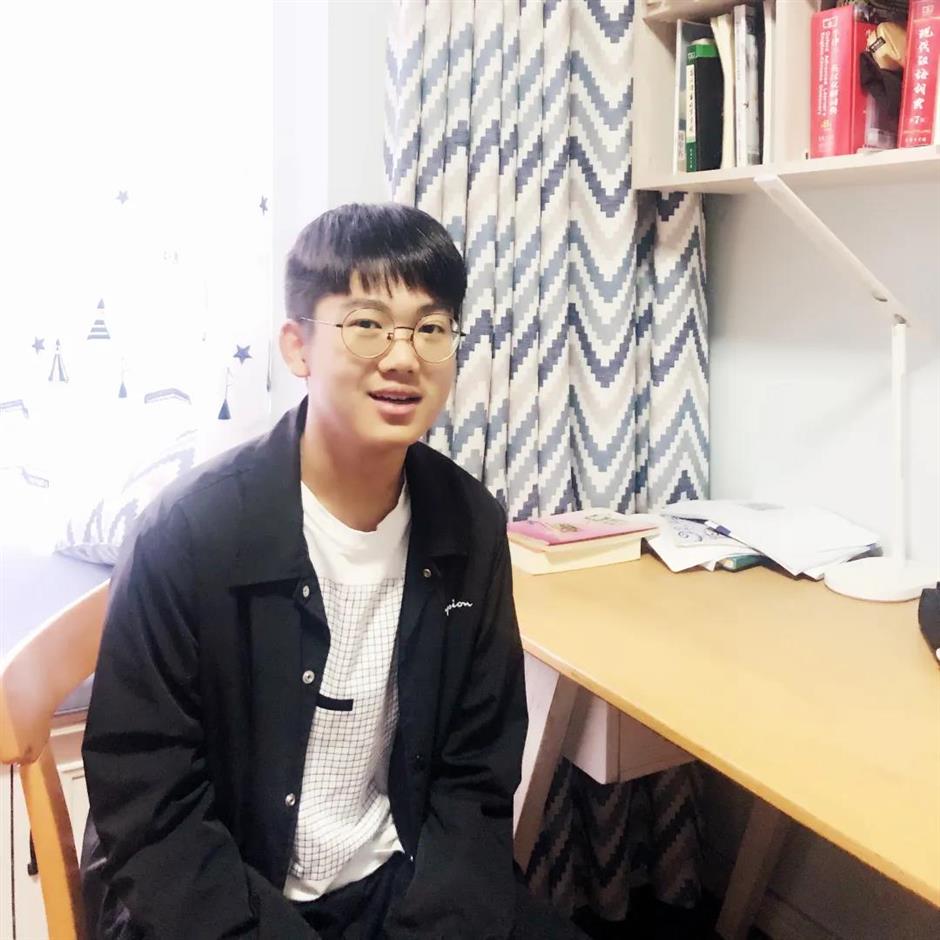 Luo Xiang, a 10th-grader from Songjiang Experimental High School of East China Normal University, is being hailed as a hero for saving a drowning man.

Songjiang Experimental High School of East China Normal University recently received a letter of thanks from a grateful man who was saved by one of its students during the recent National Day holiday.

In the letter, the man Fang Kun and his family thanked Luo Xiang, a 10th-grader at the school, for saving him from drowning when they were touring Qiandaohu in neighboring Zhejiang Province on October 4. The Luos were visiting relatives in their hometown during the October 1-7 holiday.

On the said morning, Fang and his wife, as well as their three children, were playing in a river, when his slipper was carried away by water. He reached out to catch the slipper but fell into the water, which was more than 3 meters deep.

Fang's wife, who could not swim, began screaming for help on the river bank. Chen Jie, a relative of Luo, rushed from about 30 meters away and jumped into the river. He held Fang's head above water, but as Fang weighed more than 65 kilograms, he quickly got exhausted.

Then Luo swam to them with a life buoy. He managed to help Fang put on the life buoy and brought Fang back to the river side along with Chen.

Fang was unconscious by then. As the location was remote, they called the first-aid hotline 120 but ambulances could not arrive soon. With first-aid skills learned at school, Luo guided Fang's wife to help him vomit out the inhaled water.

"Thanks to their help, else I can't imagine how my parents, my wife and my children's life would be," Fang said in the letter. "I want to thank them from the bottom of my heart for saving my life."

Only after receiving the letter, did his teachers and schoolmates get to know about Luo's heroic deed.

"I did what I had to do," said Luo matter-of-factly. "I think other people would do the same thing if they could in such a situation. I'm glad that the first-aid skills I learned at school came in handy."