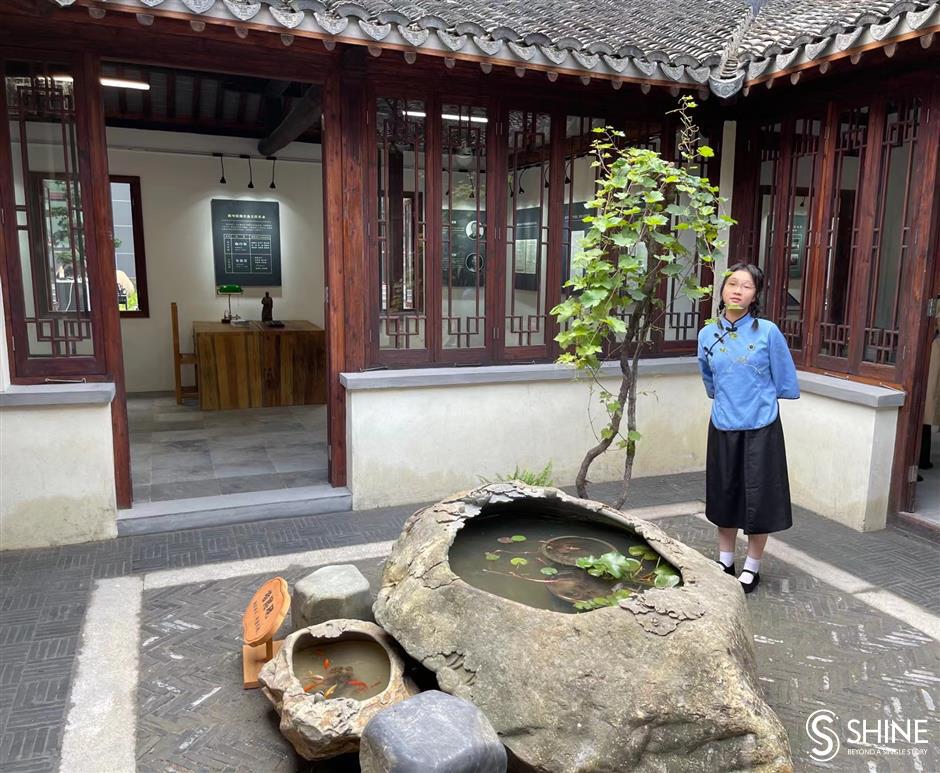 A student poses in the preserved Yucai Old Academy in Baoshan on Monday.

A historical school building founded by China's celebrated educator and reformer Tao Xingzhi (1891-1946) was unveiled in Shanghai on Monday to mark the 130th anniversary of his birth.

The Yucai Old Academy at 180 Xingzhi Road in northern Baoshan District was the only well-preserved school building left over by Tao, who devoted his life to promoting mass education in China, especially in rural areas.

He founded Yucai Middle School in the suburbs of Chongqing, the then interim capital of the country, in 1939, and offered free education to refugees and children of the Communist Party of China members.

The prominent school was relocated to the current site in Baoshan in April of 1947. The siheyuan, a traditional house with a courtyard in the center, was divided into different sections for music, painting and cultural classes, to implement Tao's teaching principle to train both the "minds and hands" of children.

The building was unveiled on Monday after a major renovation. The former layout of the academy has been restored, along with old photos and exhibitions about Tao's contributions. 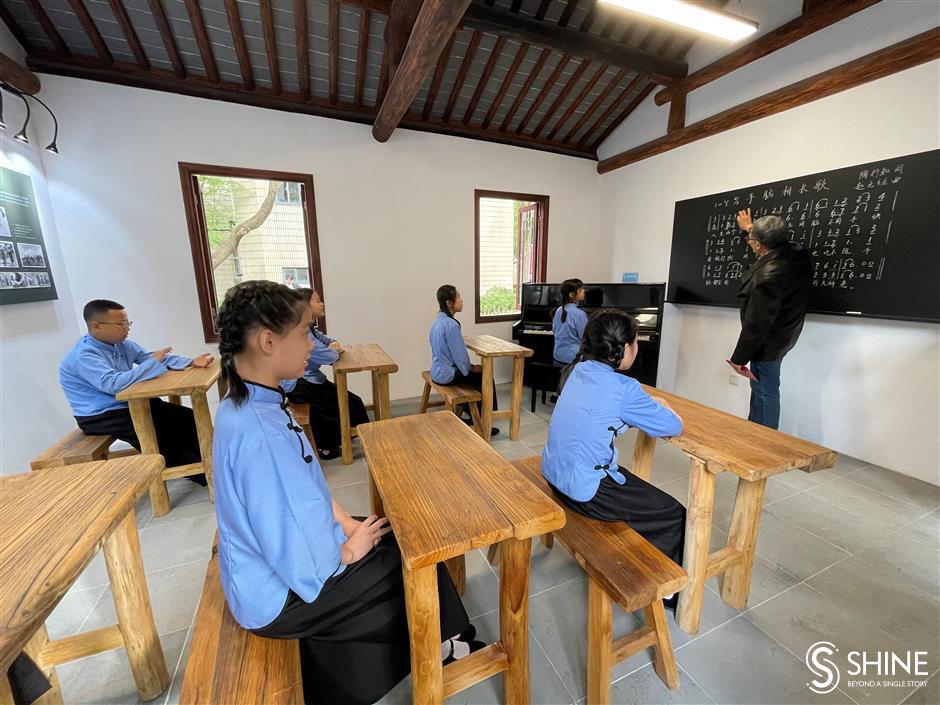 Students dressed in traditional school uniforms take a music lesson from a prominent musician and graduate of the Yucai school.

"We had to flee to Shanghai from Chongqing after the school was shut down by the Kuomintang in 1947," said Cheng Daihui, formerly a top national playwright of Shanghai Ballet and a graduate of the Yucai School Music Team.

Under Tao's guidance, over 18,000 "little teachers" were recruited in Shanghai within 10 months. The campaign was later expanded to 28 provinces and cities as a key nationwide education movement.

The school has opened multiple experimental classes in cooperation with top local universities such as Fudan, Jiao Tong and Tongji. Students can assemble an artificial intelligence robot or operate an automated assembly line in the classes, Yang said. 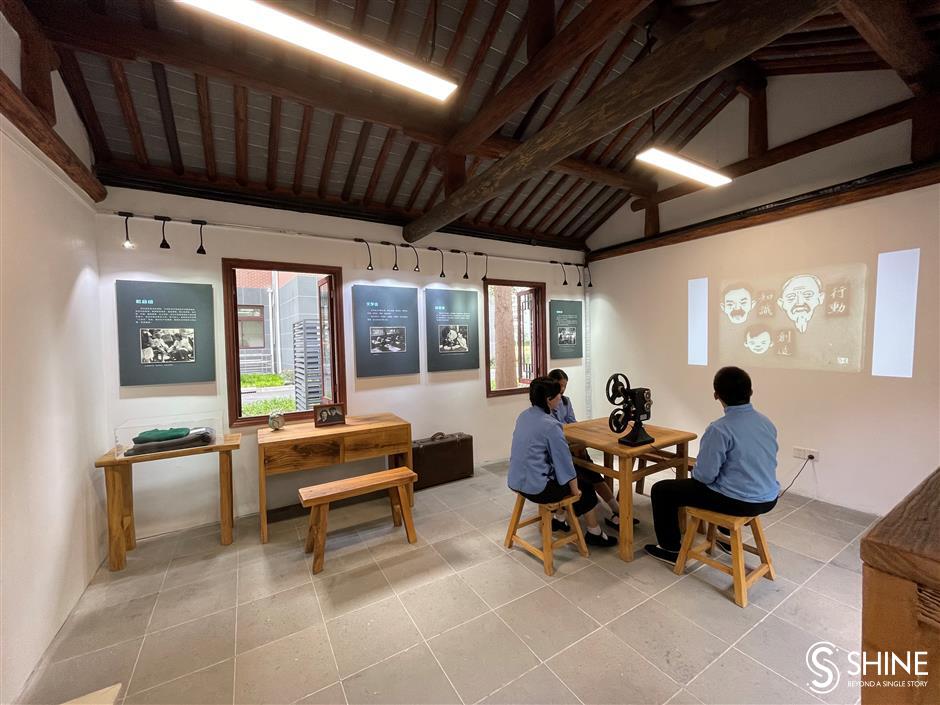 An old photo of the Yucai school in Shanghai's Baoshan District.