Shanghai tourists who tested positive in Xi'an violate no stipulation 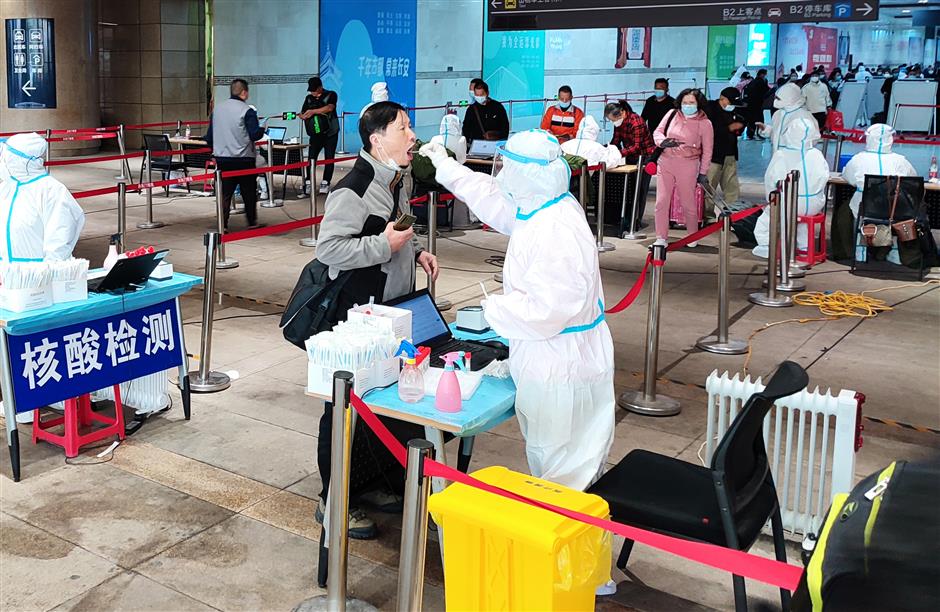 The two Shanghai tourists who tested positive for COVID-19 in northwest Shaanxi Province on Sunday have not violated any coronavirus prevention stipulation, according to a report by People's Daily yesterday, citing the health authority of Gansu Province.

The Shanghai couple, both 62 years old, tested negative in Shanghai on October 8 before flying from the city and transferring at Xi'an, Shaanxi Province, for a flight to Zhangye in Gansu.

After that, they went on road trips in Gansu and the Inner Mongolia Autonomous Region.

On October 13, the two tested negative again in a hospital in Inner Mongolia. But two days later, the couple got abnormal results during a pool testing at Jiayuguan Hospital of Traditional Chinese Medicine in Gansu.

A previous statement by Shaanxi authorities said the couple left Gansu for Xi'an despite the Jiayuguan hospital telling them to stay put. The claim led to fierce online criticisms of the couple who were accused of spreading the virus. Five people who were traveling with the couple also tested positive. One of them showed no symptoms.

"The previous claim is not true because we were allowed to leave after the sample collection at the Jiayuguan hospital," said Jiang, one of the two tourists from the city.

The couple came from Shanghai, which is not a medium or high-risk region, so they were free to leave the hospital after the test, said an official with the Gansu health authority.

After being told the result would be available on their mobile phones later, they returned to their hotel and checked out to take a flight to Xi'an, their next destination, on October 15.

The negative result of the test they took on October 13 was still valid at the time they boarded the flight.

"They've violated no stipulation and never 'left without authorization,'" the official said.

Jiang said he had been checking on his phone after arriving in Xi'an at about 3pm, but had not received any report. He was informed about the "abnormal result" by Jiayuguan on phone at around 6:30pm.

The couple then took a designated vehicle arranged by the hotel to a nearby hospital, but was told the nucleic acid testing had ended for the day. They had to return to the hotel.

Jiang and his wife went to the Xi'an No.8 People's Hospital early on October 16. They went to the hospital again at night and were informed about the positive result at around 3am on Sunday.

Jiang said they traveled in a group of eight, mainly university classmates and friends. Seven of them set off from Shanghai and the other came from Yinchuan in northwest China's Ningxia Hui Autonomous Region.

Jiang said they had no idea where and how they got infected during the road trip. 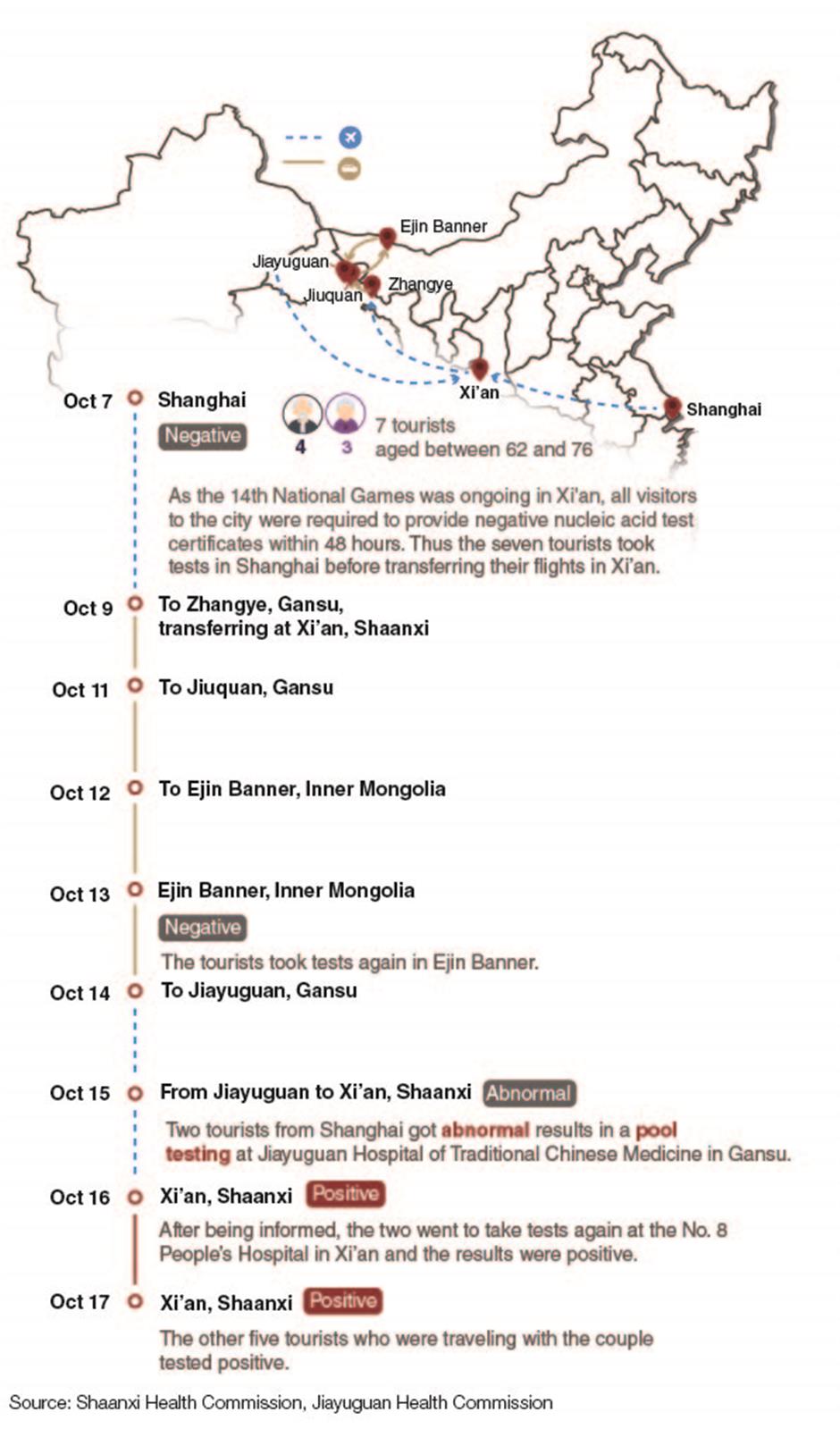 The six locally transmitted confirmed cases and one asymptomatic case are aged between 62 and 76 and are being treated at a designated hospital in Xi'an.

As of 8am yesterday, Xi'an authorities had traced 1,553 close contacts and 457 secondary contacts of the seven people in the city, said Chen Baozhong, head of the Xi'an disease prevention and control center. As of 8am, 33,777 people had been sampled for nucleic acid testing, with 20,481 turning up negative.

In Shanghai, 308 close contacts of the seven tourists were tested by 10am yesterday. They were all negative, the city government said.