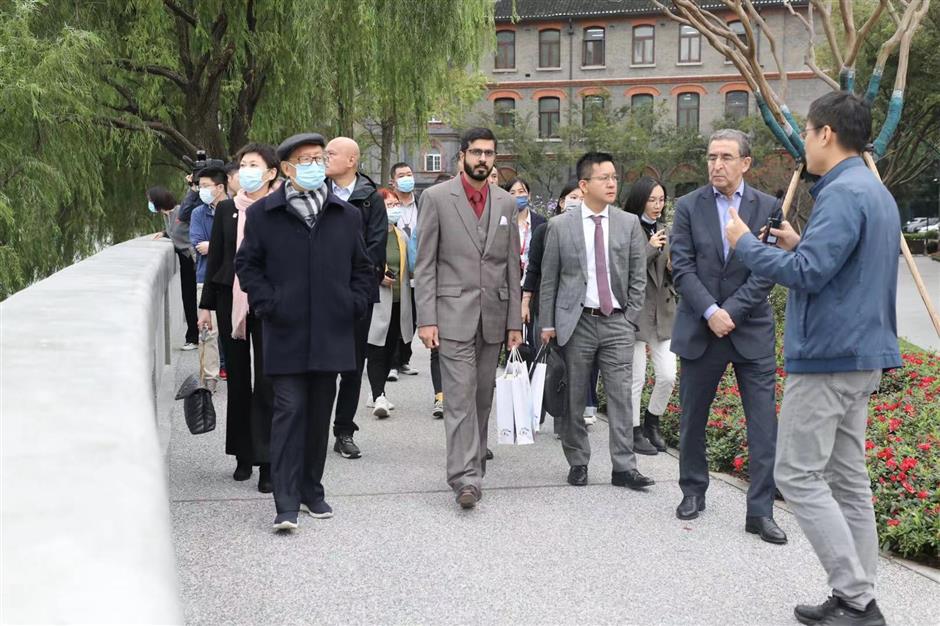 A number of cultural venues and service centers in Shanghai's Hongqiao area were listed as the city's first batch of "international experiencing bases" for expats and overseas tourists on Tuesday.

The 25 sites in the Greater Hongqiao area of Changning District mainly cover industrial parks featuring digital economy, consumption, fashion and culture. They include the over century-old Yuyuan Road Historic Conservation Area, the Columbia Circle and a newly opened waterfront section along the Suzhou Creek.

The Hongqiao Subdistrict's AI Canteen, the first of its kind in Shanghai; the AI Experience Center of iFlytek; as well as the art museums of prominent painters Cheng Shifa and Liu Haisu have also been listed.

Multilingual and other services will be offered at the bases for foreign guests to learn about the charm of the city's international community, according to the district government.

Turkish expatriate Noyan Rona was appointed the "chief experience officer" by the district government along with 11 other expats. They are encouraged to visit the venues and share their experience with other expats and foreign visitors. 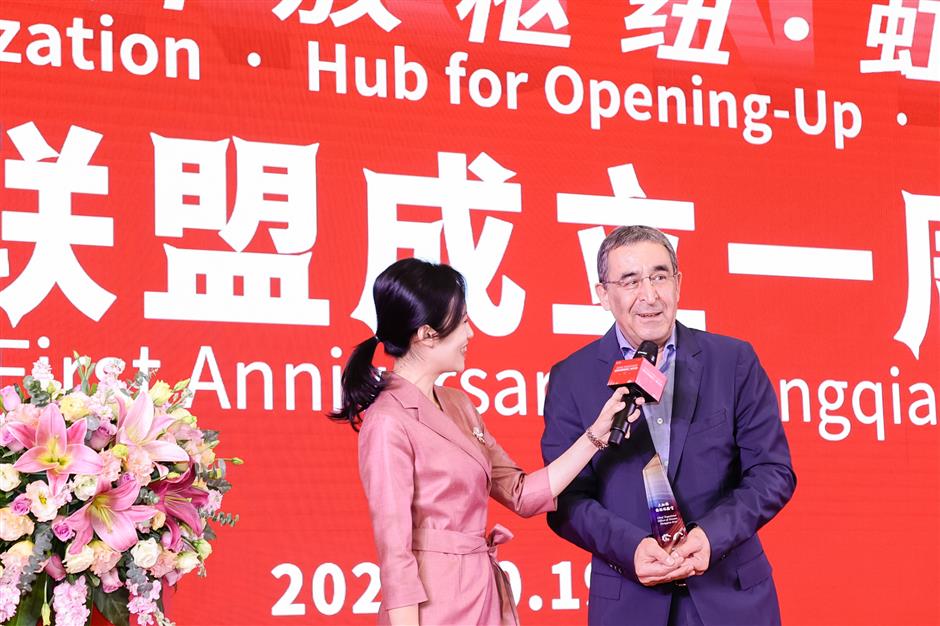 Turkish expatriate Noyan Rona was appointed the "chief experience officer" of the Hongqiao area by the Changning government.

"I've spent some 40 years in China, even longer than in my home country," Rona said. "I've witnessed the prosperity of the Gubei community and Hongqiao area, which is seemingly unreal to me."

Rona and the other newly appointed officers visited the Suzhou Creek waterfront on the Changning campus of East China University of Political Science and Law, which was opened to the public recently.

They also visited the exhibition of the city's ongoing Shanghai Urban Life Art Season at the Columbia Circle, the main site of the biennial art event.

The State Council, China's Cabinet, has approved the Hongqiao International Opening Up Hub, which will become an important growth engine for regional economic development by 2022 and an international open hub by 2025.

The international hub, covering 151 square kilometers, will become an international central business district, a new trading center platform and a comprehensive transport hub, according to the blueprint.

Changning is the only downtown district in the city to be included in the general plan approved by the State Council. 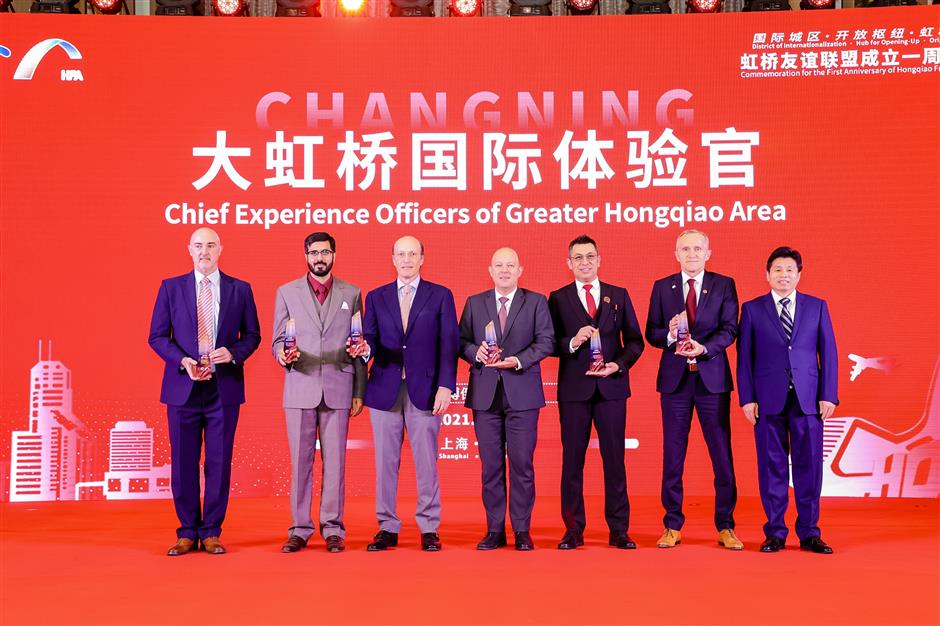 Some other expats were also appointed "chief experience officers" for the Greater Hongqiao area.