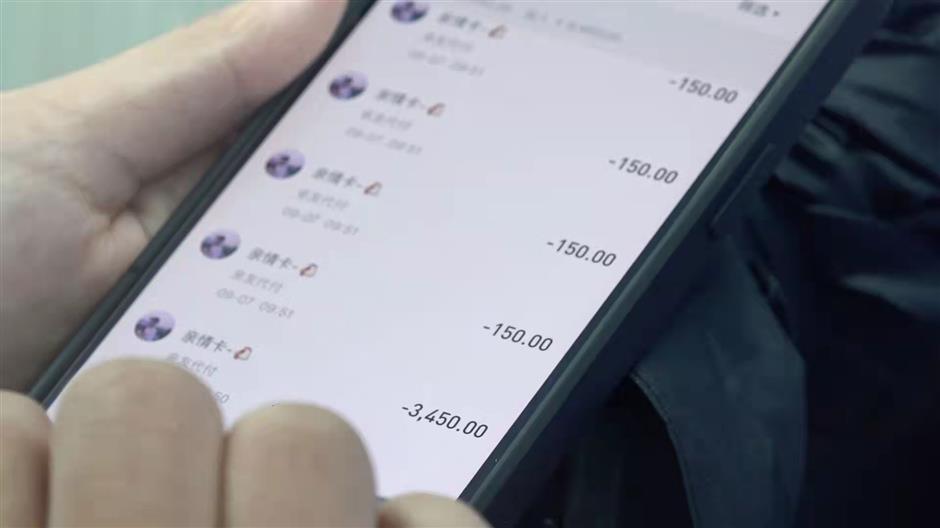 The victims in this case lost money after connecting their Alipay accounts with those of the suspects through a function on the payment app.

Six suspects have been caught for allegedly defrauding people with a function on Alipay, Shanghai police said on Tuesday.

Li, who charges other online people money by offering to play computer games with them, was contacted by a person who allegedly turned out to be one of the suspects.

The person claimed that he hoped to book her service for a month, which could cost thousands of yuan, and asked to pay her through Alipay, a popular third-party payment app under Alibaba Group.

However, instead of directly paying the money to Li, he asked her to use an Alipay service which allows one person to pay for another person's money transfer or other expenses from his or her own account.

Promising that he will pay her through this function, the person persuaded Li to do the same for him, but Li was not aware that this way the person could make her pay for his money transfer or other expenses without her being aware of it, police said.

The person tricked Li into using this function by showing her a fake screenshot of his Alipay account which seemingly had a lot of money, but in fact the account he connected to Li's through the function had no money at all, police said.

Police soon located the suspect and his gang in Bozhou City, Anhui Province, and raided them late in September.

Including Li, more than 20 people had fallen victim to the suspects since July and lost more than 100,000 yuan to them, police said.

Qian Shiping, an official with the criminal police of Shanghai, said police will communicate with Alipay on the case and advise the company to take action against the possibility of fraud using the said function.