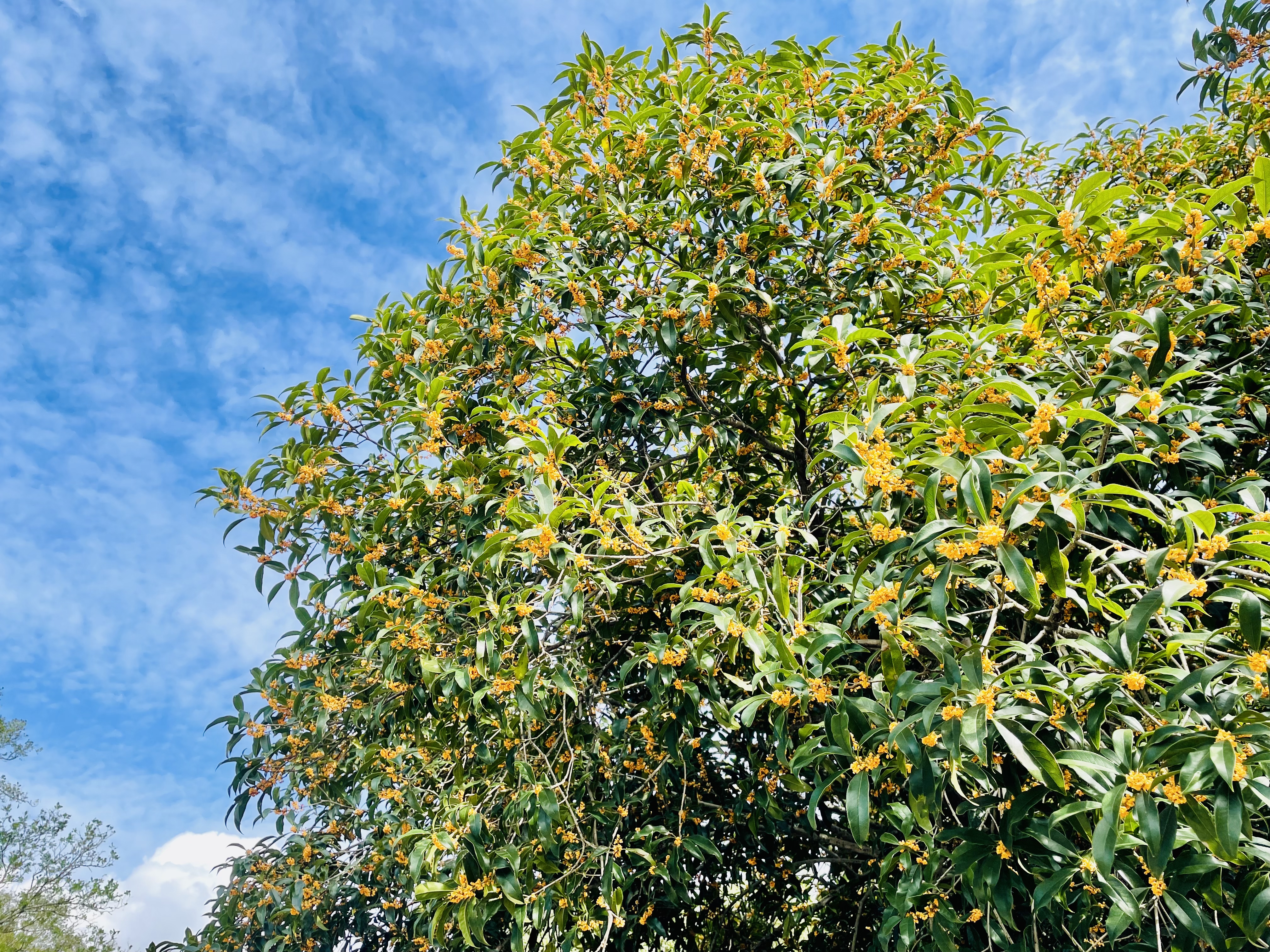 It's late, but it's finally here. The fragrance of sweet-scented osmanthus is in the air as the flower is now in full bloom across the city.

Dozens of sweet-scented osmanthus varieties are blooming in the city, and it's the best time to enjoy their fragrance.

Their flowering time will last for one month, according to city parks. 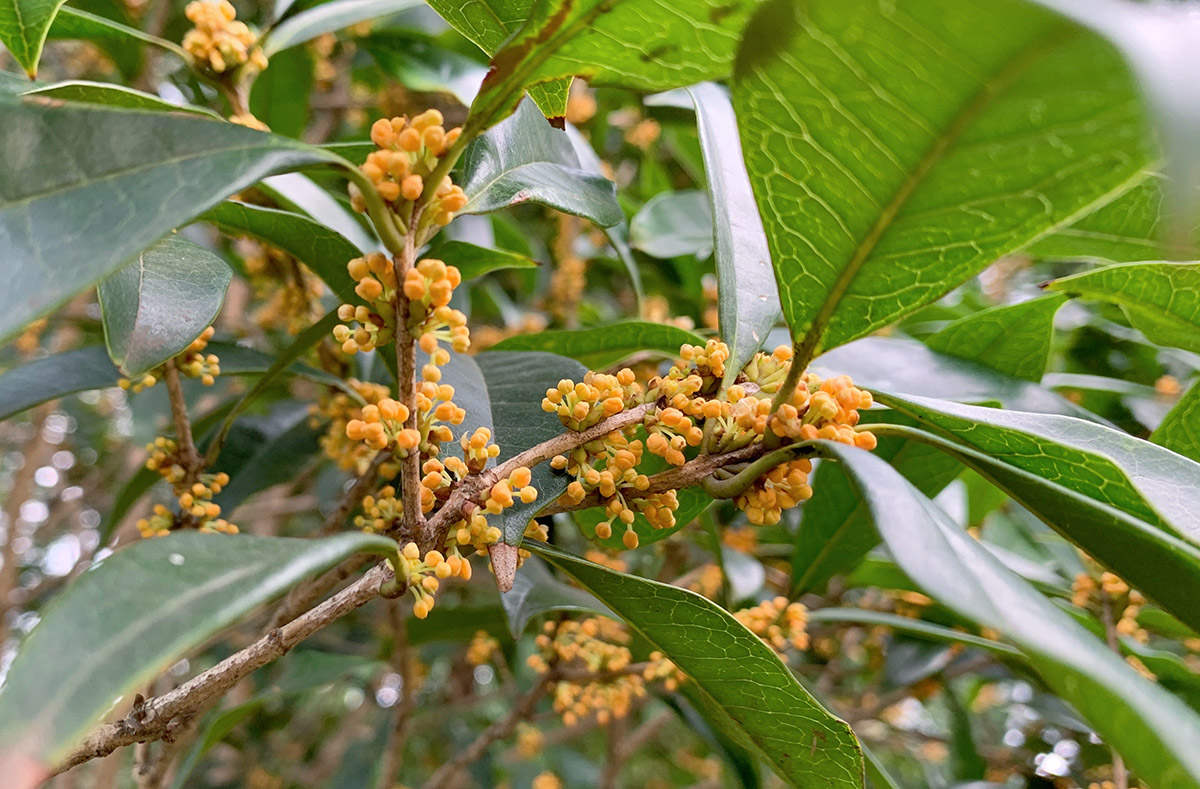 Guilin Park, a Jiangnan-style classic garden built in 1931, is known for its dense gathering of more than 1,000 osmanthus trees.

The long summer this year postponed the flowering of sweet-scented osmanthus, experts said.

On September 22, they began flowering as recorded by the Shanghai Botanical Garden in Xuhui District, the latest the flower has blossomed in a decade and 63 days later than last year, the garden said.

Sweet-scented osmanthus usually starts flowering between late August and early September in the city, according to Wang Yuqin, a botanist at the garden.

However, high temperatures this year delayed their flowering, he revealed.

Their color is deeper compared with previous years due to the late blossoming, Wang said.