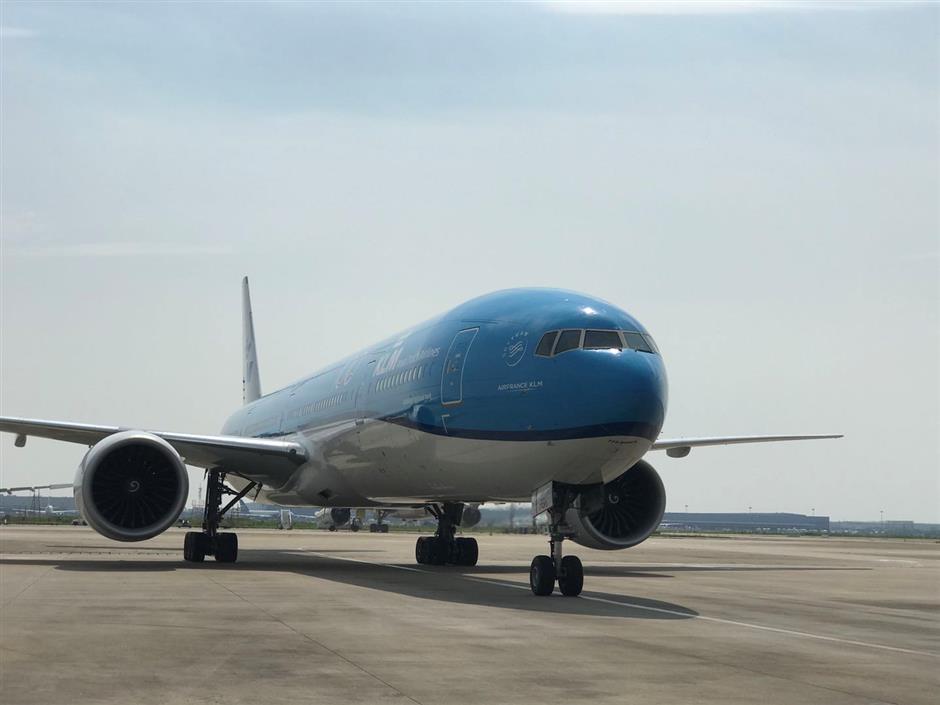 KLM Royal Dutch Airlines' flight from Amsterdam to Shanghai has been suspended for another two weeks, starting from November 11, by China's civil aviation regulator.

Flight KL857 was put on hold after seven passengers on a flight from Amsterdam, the Netherlands, tested positive for COVID-19 on October 6, the Civil Aviation Administration of China said on Thursday.

The flight has been in a state of suspension since October 18 after eight COVID-19 cases were discovered on the flight on September 29.

The CAAC launched its suspension mechanism for international passenger flights in June 2020, and updated the policy last December to further contain the spread of the novel coronavirus.

If all inbound passengers of an airline test negative three weeks in a row, it will be allowed to increase its flights to two per week.