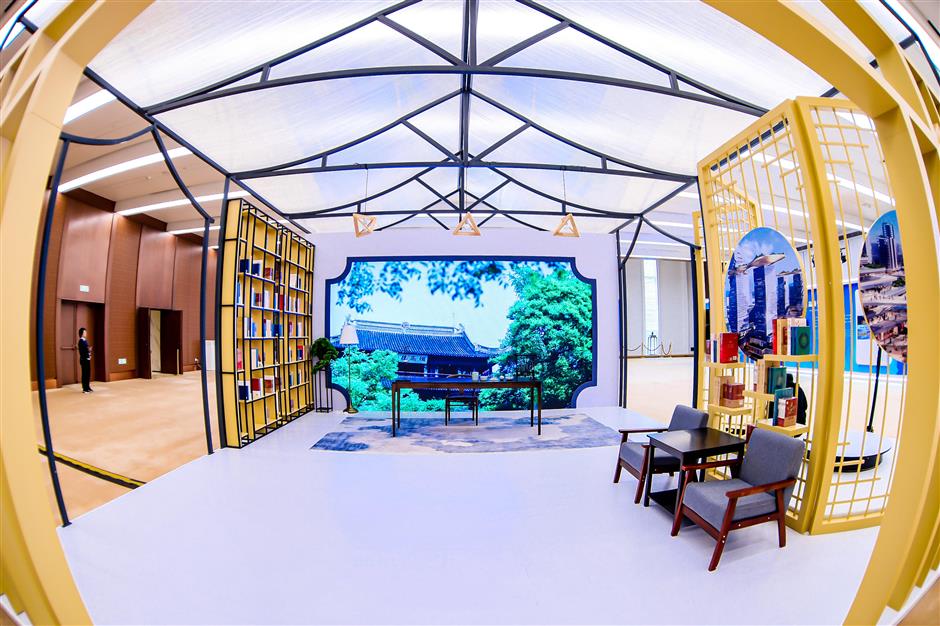 An exhibition of Jiaxing City at the National Exhibition and Convention Center in Shanghai.

A new civil and military airport will be built in Jiaxing City in Shanghai's neighboring Zhejiang Province with an urban terminal of the Hongqiao International Airport.

The city, where the First National Congress of the Communist Party of China (CPC) concluded, aims to create a cargo aviation hub in cooperation with the Shanghai Airport Authority.

Construction will start by the end of 2021 for the new Jiaxing airport. Air travelers will be able to check in at a new terminal in Jiaxing and catch designated transport to Hongqiao airport.

It is part of the efforts of Jiaxing to drive the integrated development of the Yangtze River Delta region, a key national strategy, the Jiaxing government said in a promotion meeting in Shanghai over the weekend.

Jiaxing city also plans to expand the Beijing-Hangzhou Canal, known as the world's longest ancient canal dating back to the Spring and Autumn Period (770-476 BC), to create a major shipping network connecting Shanghai, Jiangsu and Anhui.

According to the blueprint, Zhejiang city will become the south extension of Hongqiao by 2025 and a key part of the Hongqiao business district by 2035. 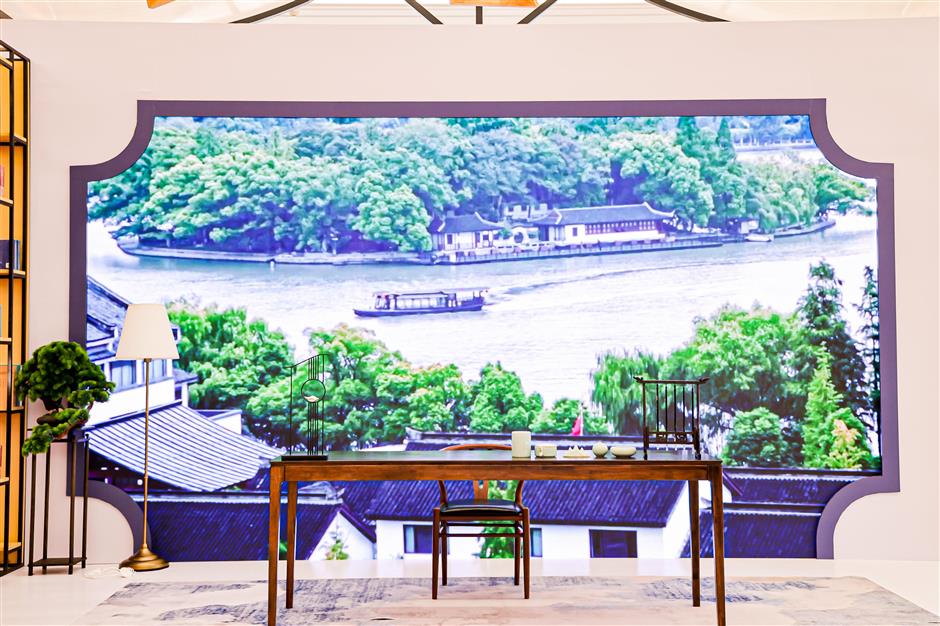 An exhibition of Jiaxing City on the sideline of the city's promotion meeting in Shanghai over the weekend.

The State Council, China's Cabinet, has approved the Hongqiao International Opening Up Hub, which will become an important growth engine for regional economic development by 2022 and an international open hub by 2025.

On July 23, 1921, delegates representing over 50 CPC members nationwide convened the First National Congress in Shanghai, and then moved to a boat on Nanhu Lake in Jiaxing, following harassment by local police.

Jiaxing will develop a boutique tourist route with Shanghai to revisit the route of the delegates of the First National Congress of CPC, Chen said. Key attractions such as the Nanhu Lake as well as Wuzhen and Xitang watertowns will be highlighted along the route.

The city will build a new exhibition center to take the "spill over" effort of the China International Import Expo, which will be held between November 5 and 10 at the National Exhibition and Convention Center in Shanghai. Delegates of CIIE will be guided to visit the exhibition center in Jiaxing after the expo.

Previously, Suzhou in neighboring Jiangsu Province has announced it will build the Suzhou Urban Terminal for Shanghai's Pudong and Hongqiao international airports. The first Shanghai airport terminal outside the city will be a pilot project for the Shanghai Airport Authority to develop additional urban terminals in neighboring cities, according to the airport authority. 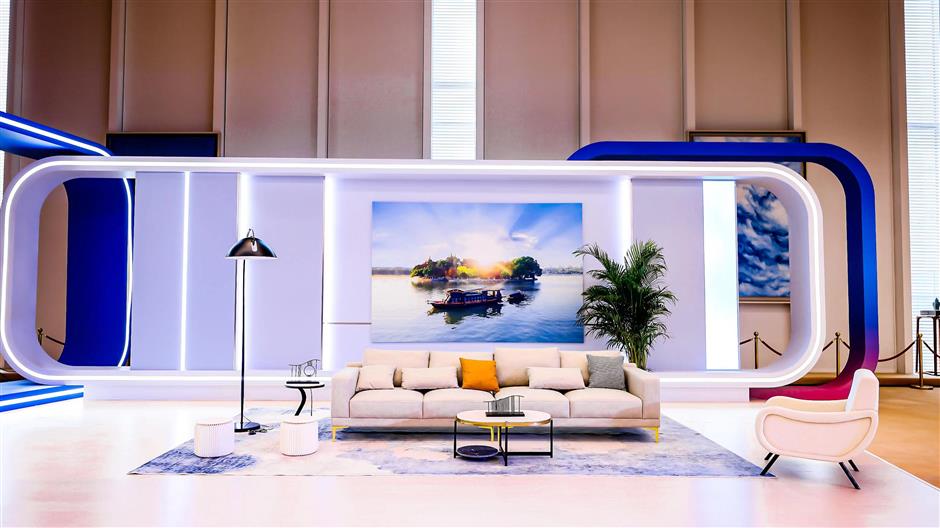 An exhibition of Jiaxing City.