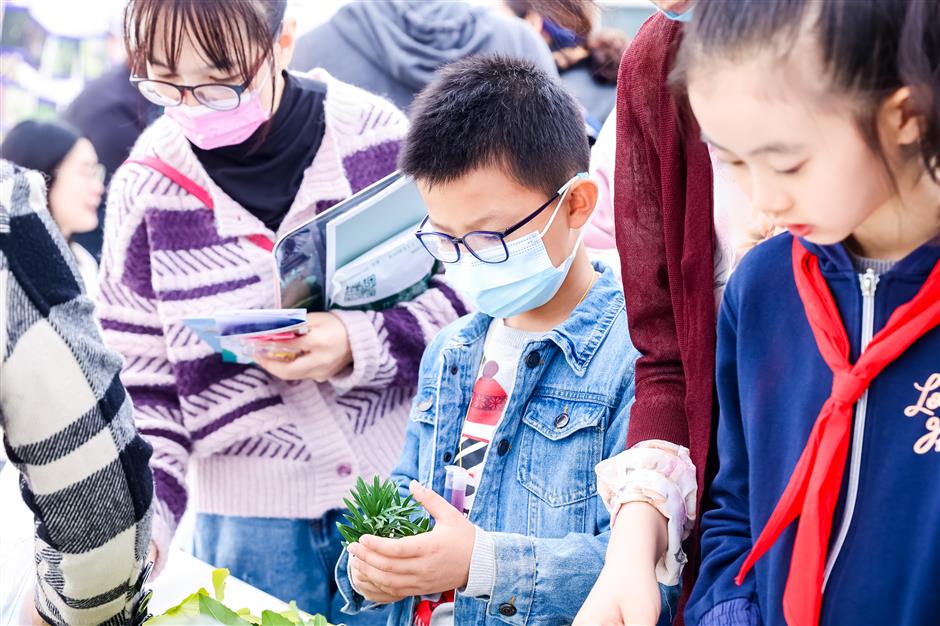 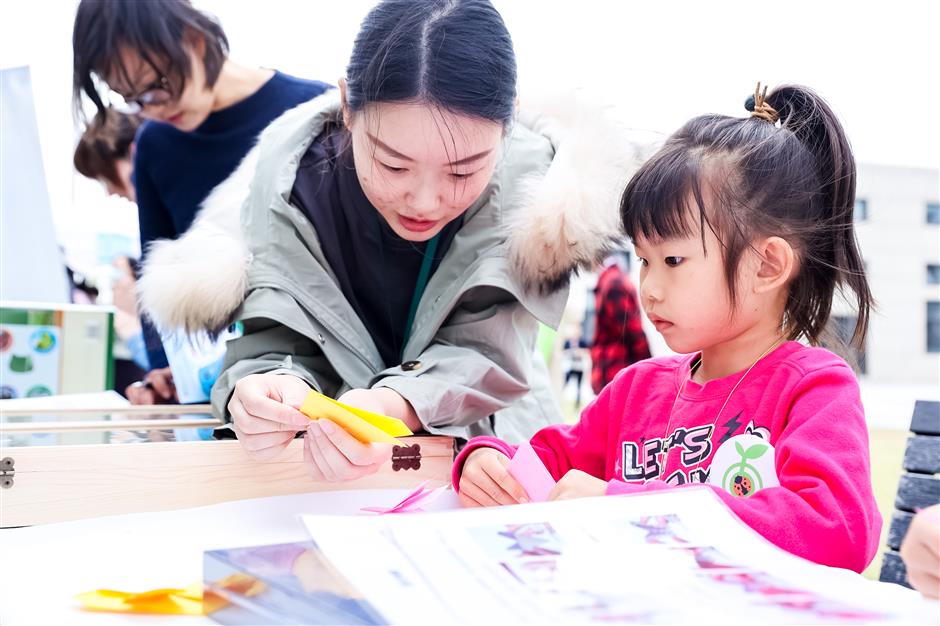 Want to know the names of various plants along the Suzhou Creek? Nameplates will now help.

More than 130 nameplates were attached to plants along the Suzhou Creek on Sunday morning, with 42 varieties of trees as the first batch.

By scanning the QR code, people can learn the features and growing conditions of these plants and see photos taken in different seasons.

Their Latin names will also be shown.

"A large number of new plants have been planted along the Suzhou Creek, and the 'name cards' will help residents and tourists learn about these plants and nature," said Zhu Xinjun, chief engineer at the Shanghai Greenery and Public Sanitation Bureau. 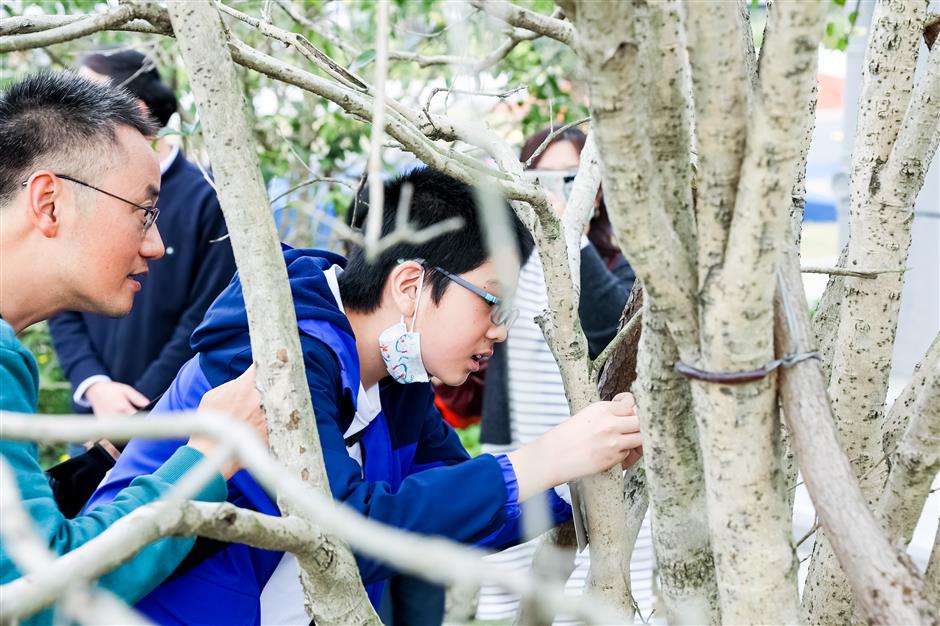 The public is invited to attach nameplates to trees on Sunday. 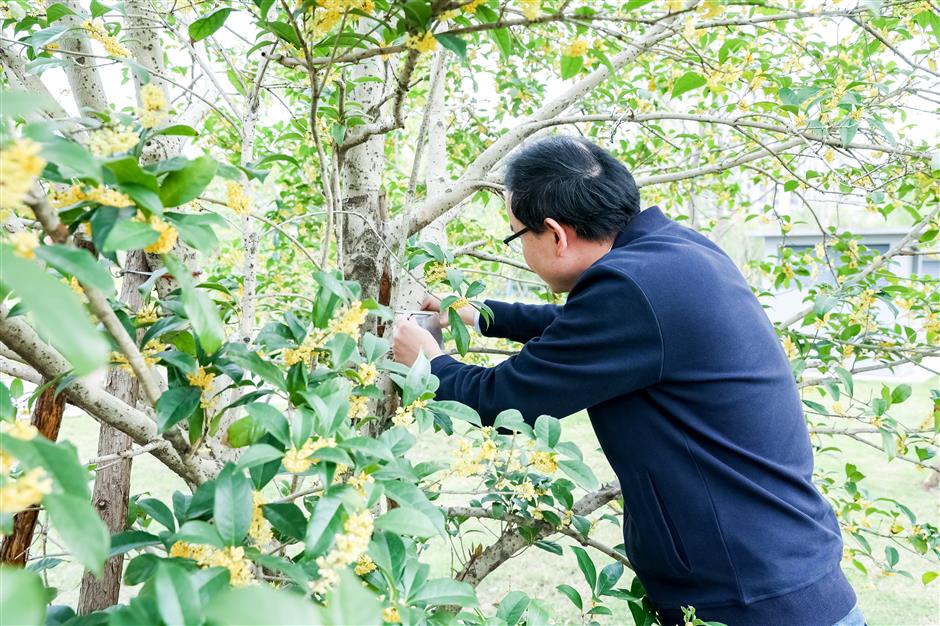 A volunteer fixes a nameplate.

"In the future, the area along the Suzhou Creek will be turned into a 'plant science popularization belt'" to enrich the cultural and science connotation of the city's public areas," said Zhu.

"We plan to extend the plant science popularization to all public spaces along the Suzhou Creek and Huangpu River in the future," he added.

Ten science popularization booths were set up in the Changfeng area of Putuo District on Sunday as part of the ongoing 7th Shanghai International Nature Conservation Festival.

Residents were invited to various interactive activities to experience the city's biodiversity.

Various events are held at city parks to mark the festival, including a butterfly exhibition at Shanghai Zoo, a chrysanthemum exhibition at Gongqing Forest Park, wetland-related activities at Chenshan Botanical Garden, horticulture lectures at Luxun Park and Changfeng Park, and trash picking and a lecture on marine debris at Dongtan Natural Reserve. 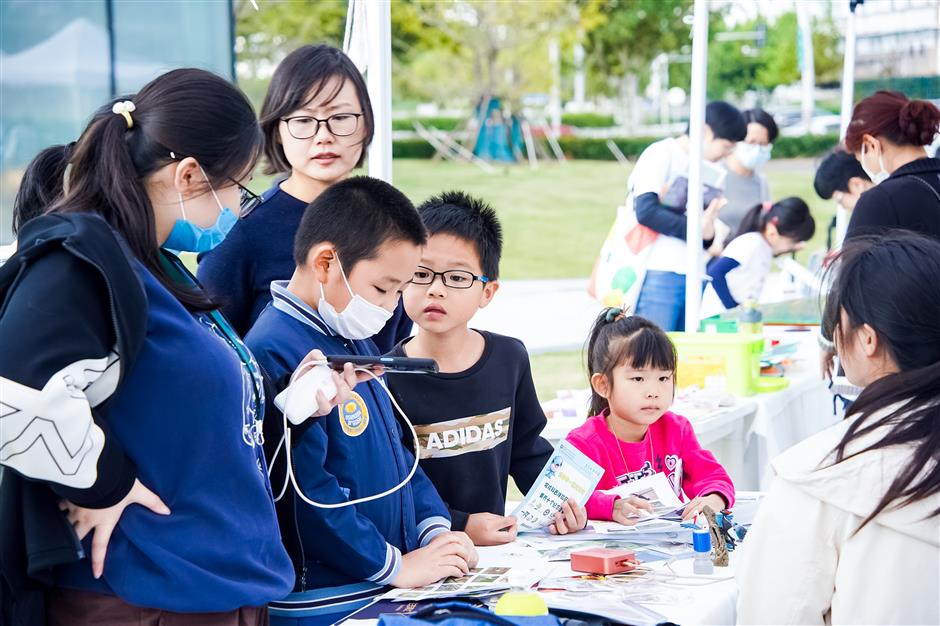 Children participate in interactive activities to learn about the city's biodiversity. 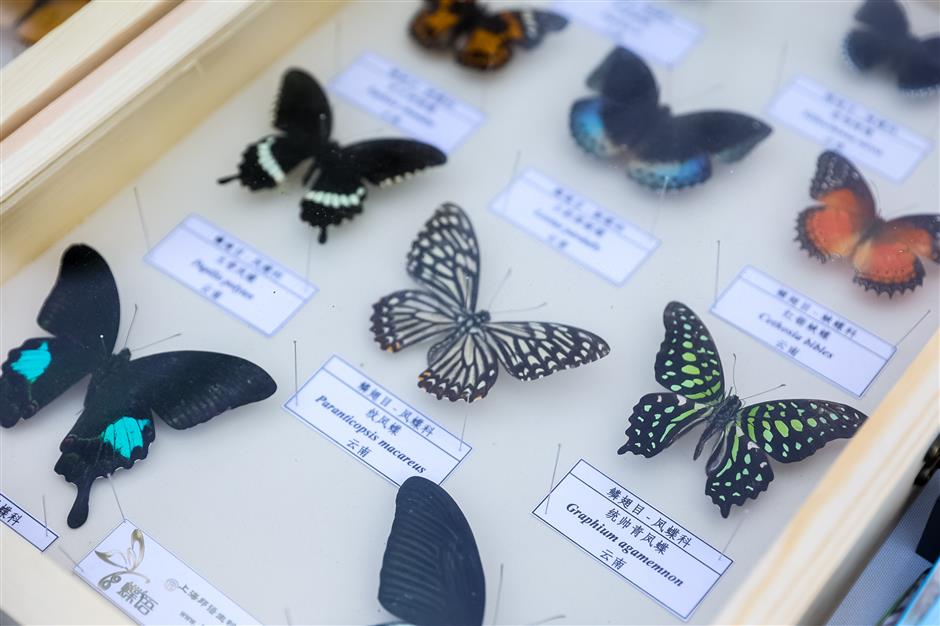 Themed "Celebrate Diversity, Jointly Build an Eco-City," the festival runs from Saturday through to October 29.

During the festival, the public can visit the city's science popularization and environmental protection venues, and teenagers can participate in various ecological activities such as wildlife observation.

A photo exhibition with 120 photos selected from 3,218 works on display will run at the Shanghai Science and Technology Museum from Saturday through October 29.

A shutterbug competition encourages the public to capture nature and low-carbon acts around them on camera and share the photos and videos on digital media platforms.

At the same time, nearly 30 nature and science films will be screened at the city's museums, schools and communities.