The inaugural Head of Shanghai River Regatta was held on the Suzhou Creek over the weekend.

The two-day event attracted both professional and amateur rowers from around the country to complete in a 4.2-kilometer chase on Saturday and a 500-meter city dash on Sunday.

Eight-rower teams were divided into three divisions – professional, college teams and clubs. Each team consisted of eight rowers and one helmsman. There were groups for all-male teams, all-female teams and mixed teams.

Areas are set aside for spectators. 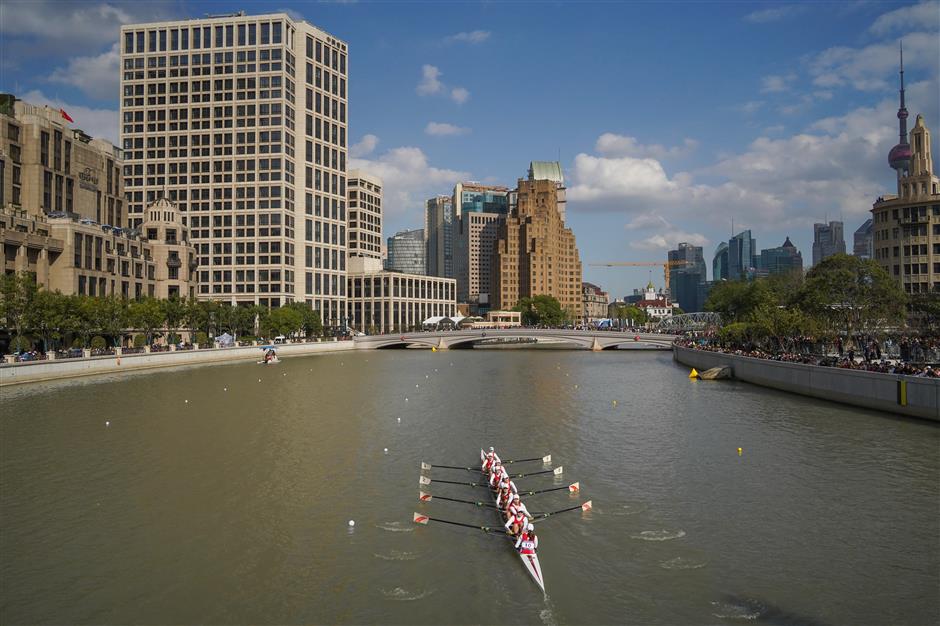 Curves along the Creek are a challenge.

In the college division, Shanghai Jiao Tong University topped the all-male group, clocking 15:03.45. Tongji University became the champion of the mixed group with a time of 16:01.02.

Deep Dive Club from Jiangxi (15:30.02) and Qingquan Shengjing Club from Shenyang (16:44.48) became the all-male and mixed champions of the club division, respectively.

The Saturday winners also topped their groups of the same divisions in Sunday's city dash.

The 4.2km race started from Puji Road Bridge in Jing'an District, and ended at the landmark Waibaidu Bridge in Huangpu District. The route has six major turns, going past some signature constructions along the creek, including Sihang Warehouse, the General Post Office Building and Broadway Mansions.

The first major turn near Hengfeng Road Bridge has a curve of near 90 degrees, which was a challenge for many teams.

"We don't usually encounter such a big curve," said Zhao Zuhang, a member of the Shanghai Jiao Tong University team. "Our team members spent a lot of time studying the curve. But the beautiful view along the route is all worth the challenge." 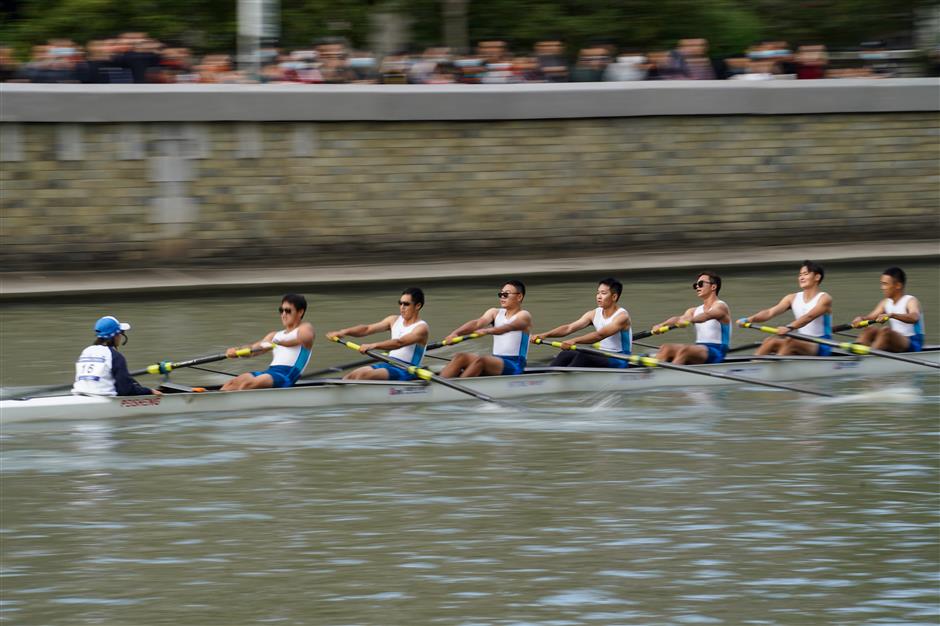 Bridges over the river course imposed traffic restriction measures during competition hours for safety concern. Spectator areas were set along the creek for citizens to enjoy the race.

Shanghai Sports Bureau director Xu Bin said the introduction of the inaugural regatta is especially meaningful amid the influence of the COVID-19 pandemic.

"Shanghai has suspended a handful of world-class international sports competitions mainly due to travel restrictions caused by the pandemic," said Xu. "Therefore, it's important and meaningful that we gather our resources to organize such a local-brand competition.

"Shanghai faces the sea. Its development also depends on water. The regatta can highlight the city's geographic and cultural characteristics. Rowing is a worldwide mainstream water sport with a long history. We hope the regatta can be held every year to become another sports name card of the city."

According to organizer Shanghai Donghao Lansheng Event Management Company, more teams, including rowers and teams from overseas, will be invited to the regatta in its future editions when the pandemic eases. 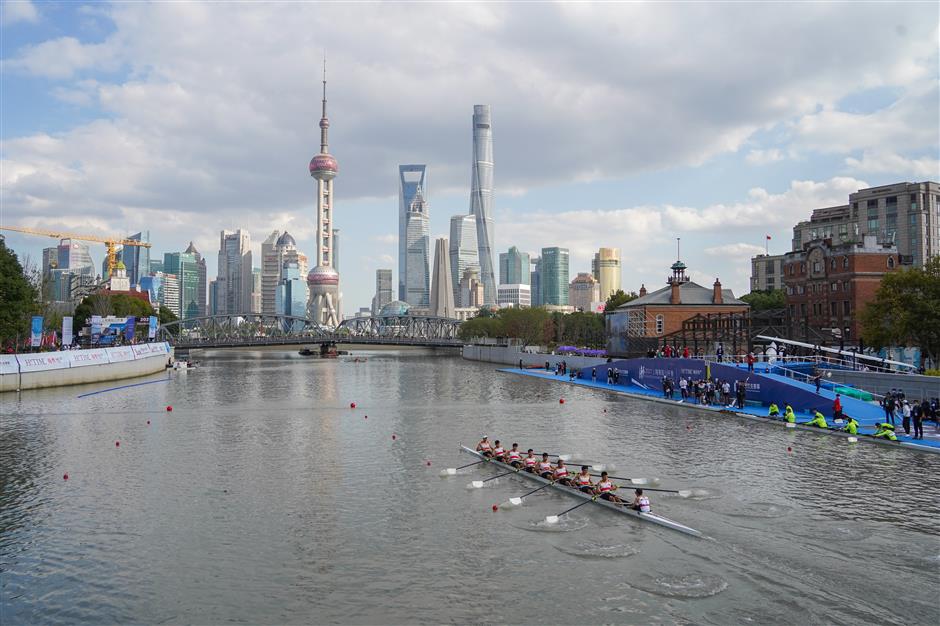 The financial district makes for a scenic backdrop.