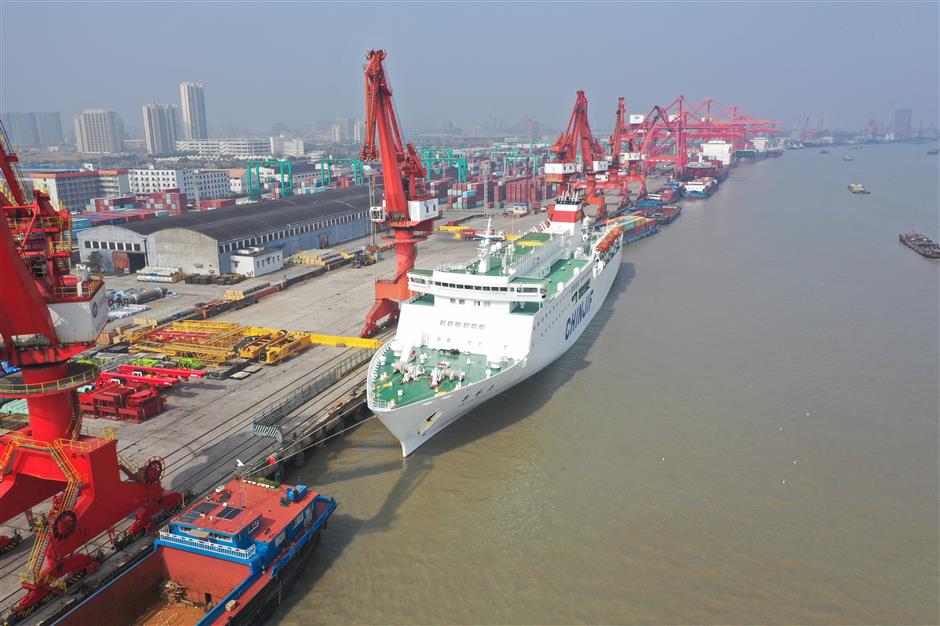 A ship berths along the Huangpu River.

Shanghai will host a top international shipping forum next week to boost the global shipping industry and enhance international cooperation, both of which have been greatly impacted by the COVID-19 pandemic.

The North Bund Forum will be held along the Huangpu River waterfront in Hongkou District between November 3 and 5 with themes of "openness and tolerance, innovation and reform, cooperation and mutual benefit," the city government announced on Tuesday.

The main forum will invite officials from China's Ministry of Transport, the Shanghai government and the United Nations as well as international maritime and civil aviation organizations along with famous economists to make speeches, said Zhang Wei, vice mayor of Shanghai.

Two additional forums will focus on the international shipping and air transport sectors, discussing the future sustainable development of the industry amid the pandemic. Another five forums will be about the environment, technology, safety, law and financial insurance.

A series of contracts and cooperative events will be launched at the forum, said Zhang. As a highlight, the 2021 Shanghai Declaration will be released to encourage the global shipping sectors to fight against the pandemic and contribute to global economic recovery, he added.

About 150 guests will be invited to the forum, including one-third from abroad who can share their opinions through the Internet or complete the city's strict quarantine process before attending the event. 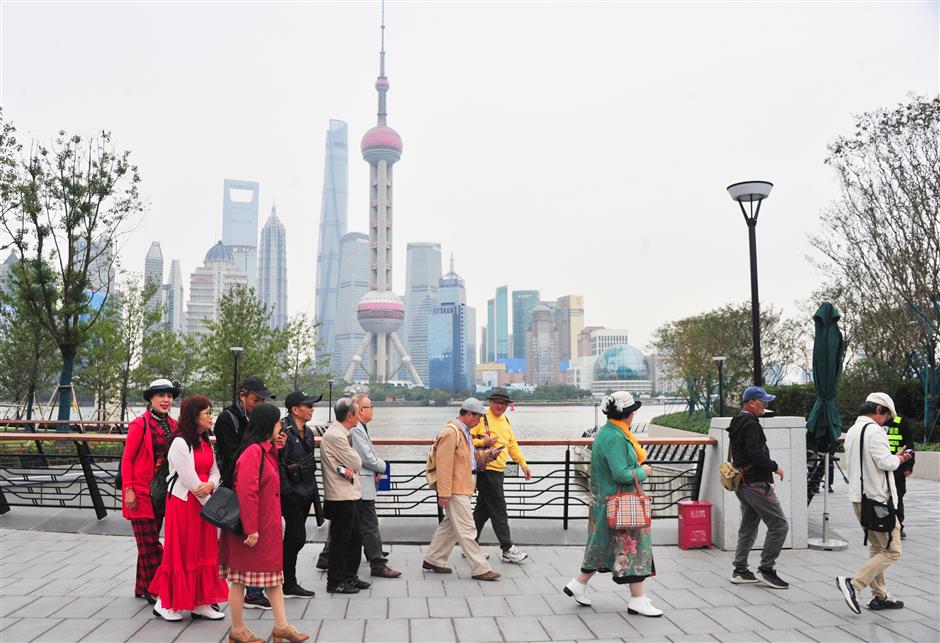 A new sightseeing platform on the North Bund.

"The forum held amid global economic downturn aims to enhance global cooperation and use the shipping industry to bridge global trade and boost the healthy development of the world's economy," said Zhang.

Furthermore, the forum is expected to become a new means of support for Shanghai's ambition to become the leading international shipping center, he added.

Shanghai ports handled 43.5 million Twenty-Foot Equivalent Units last year, leading the world for the 11th consecutive year. The city has also become one of the top three shipping centers for the first time, according to the Xinhua-Baltic Exchange International Shipping Center Development Index.

The forum will become a communication platform for global shipping issues, an incubator for new rules and norms or governance, a publishing platform for major shipping policies, and a shining symbol of Shanghai as an international shipping center.

"The forum will help promote the 'Shanghai shipping' brand to integrate into the international shipping governance system," he added. 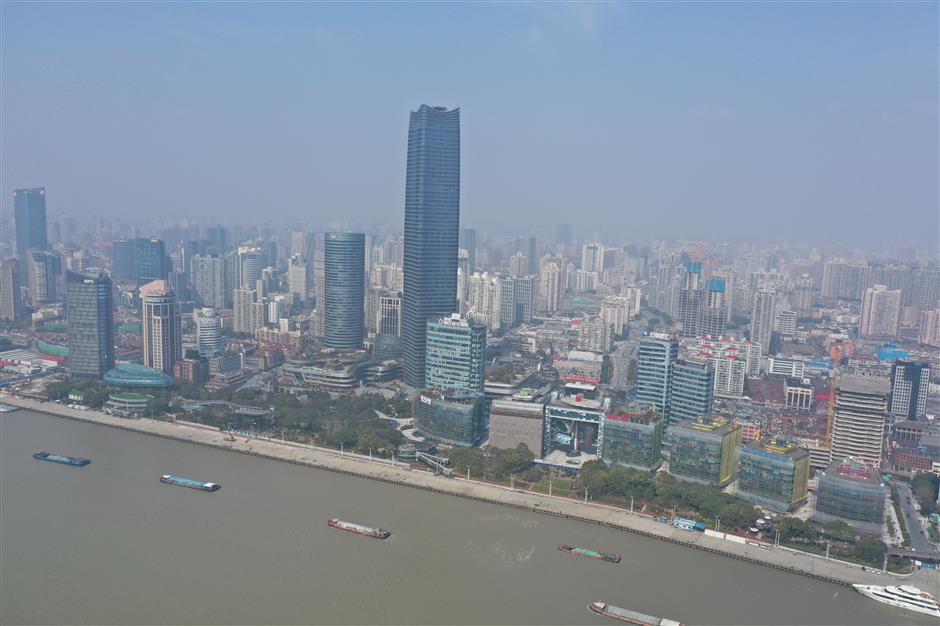 The North Bund waterfront in Hongkou.

Shanghai's total value of imports and exports hit a record high in 2020 of 3.48 trillion yuan (US$545 billion), increasing 2.3 percent from the previous year.

The history of the North Bund dates back to the late 19th century. The British East India Company built the first barge dock between Dongdaming Road and Gaoyang Road in 1845, two years after Shanghai opened its port to global business.

Over 20 docks and a dozen warehouses lined the waterfront some 170 years ago, making it the most important shipping port in the city, said Zhou Rong, deputy director of Hongkou.

During World War II, the shikumen, the unique Shanghai stone-gate residences, in the North Bund offered a safe haven for many Jewish refugees fleeing the horrors of Nazi Germany. About 23,000 Jews found shelter in the city, particularly in the Tilanqiao area of the North Bund. 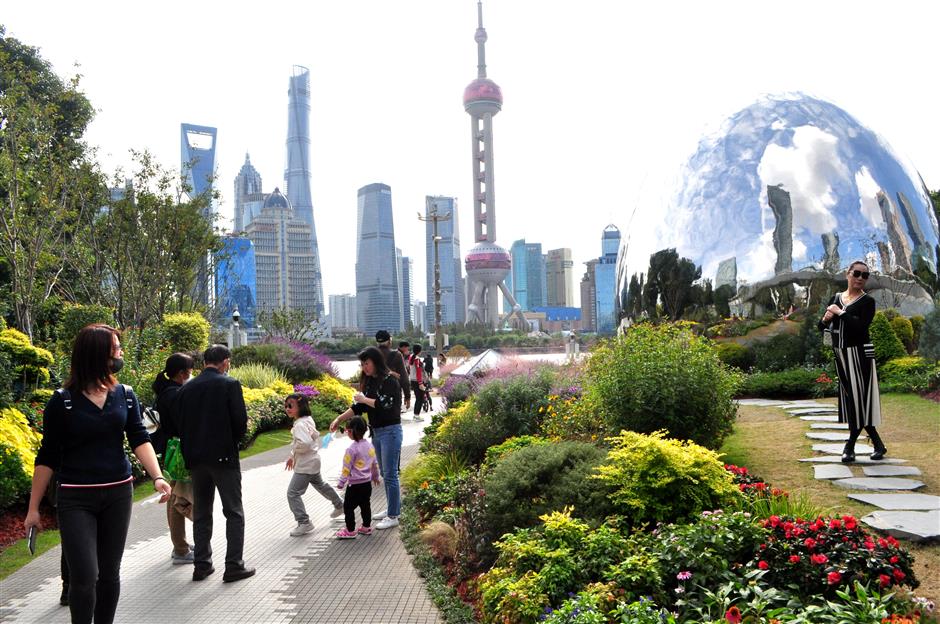