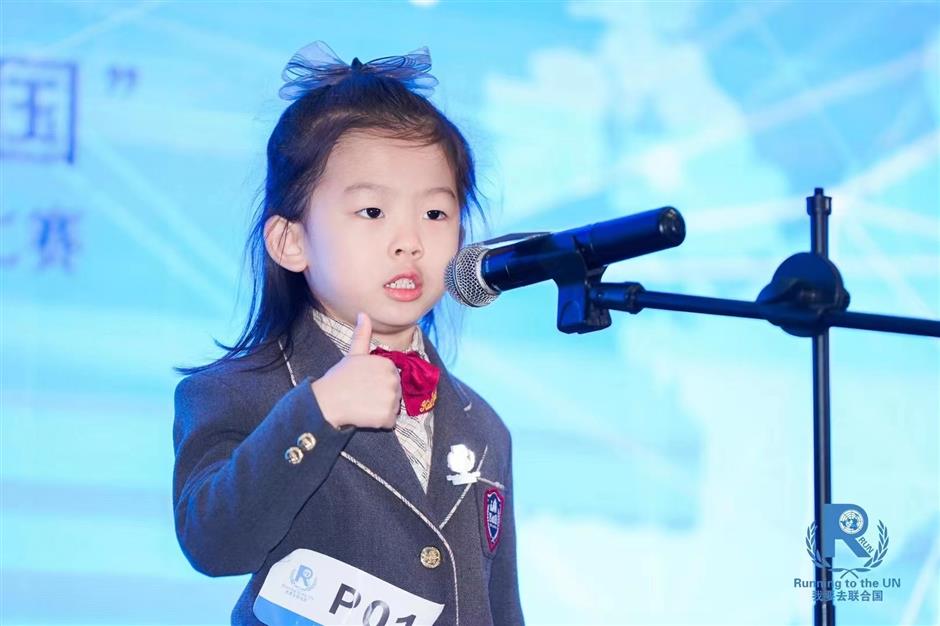 A top finisher at the contest makes her speech.

Shanghai's young students are eager to showcase their English capabilities and talent in the global arena. The United Nations is providing this opportunity.

The 2nd "Running to the UN" English Speech Contest for Primary and Secondary School Students has wrapped up in Shanghai, with over 20 finalists to be invited to visit and interview people from various UN organizations on behalf of Shanghai's youth.

Zhou Xinyu, a fourth-grade student at Shanghai Jinzhou Elementary School and one of the contest's winners, said she wants to become a diplomat.

During the final competition, she made a three-minute speech about quality education, one of the 17 sustainable targets raised by the UN.

"I visited a county school in southwest Yunnan Province during the summer vacation this year. I realized the students not only need stationery, but also good teachers and quality classes," Zhou said. Her speech won her third prize in the contest.

"The event is not merely a speech contest, but also a platform to encourage children's deep thinking," said Zhou's mother. She helped Zhou prepare for three weeks for the competition. 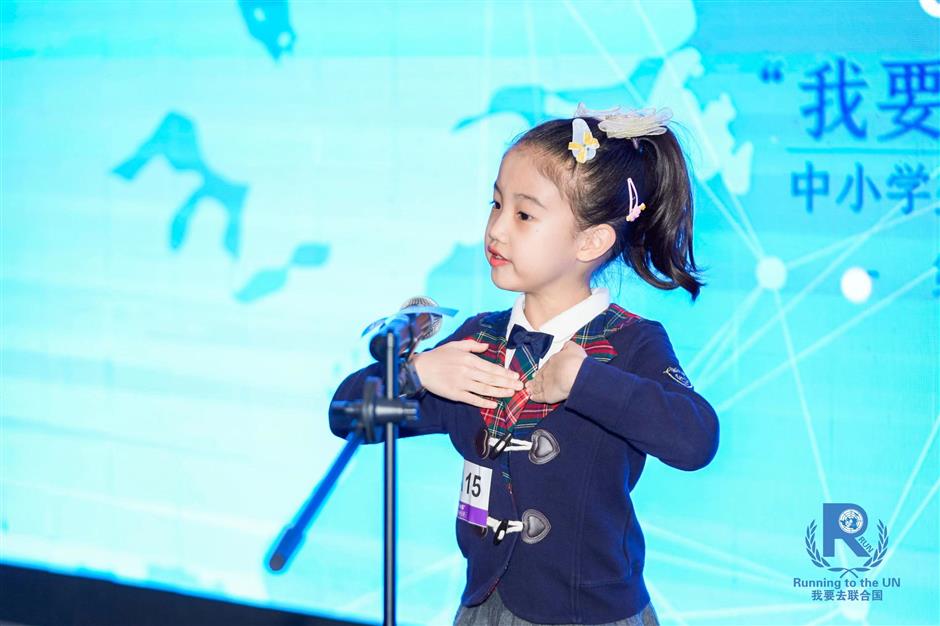 A contest finalist makes her speech.

Fifty young students selected from schools across the city competed in the final contest at the Shanghai Hongqiao International Conference Center in downtown Changning District on Sunday.

The event organized by the Shanghai UN Research Association also marks the 50th Anniversary of the Restoration of The Lawful Seat of the People's Republic of China in the United Nations.

After more than three hours of intense competition, four first prizes, eight second prizes and twelve third prizes were awarded in the final round.

"The overall English standard of the participants this year has improved compared with that of last year," said Wen Yuan, a professor at Shanghai International Studies University and one of the judges. "The students selected various topics such as environmental protection, energy saving and carbon reduction based on their daily lives," Wen said.

The contest aimed to build a platform for young English learners to improve their English oral expression skills, public speaking skills and teamwork spirit, according to the organizer. 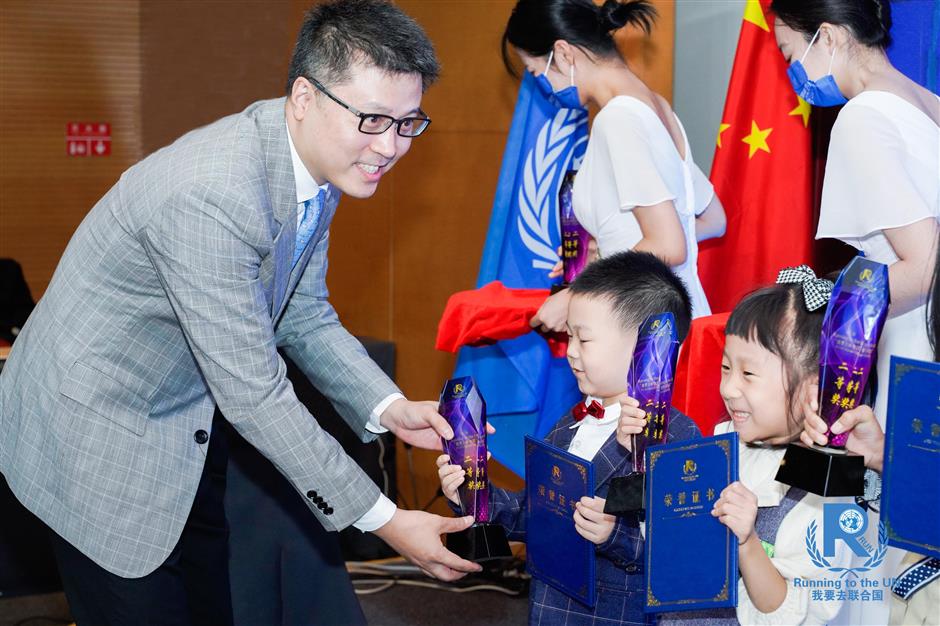 Winners receive their trophies and certificates after the contest.