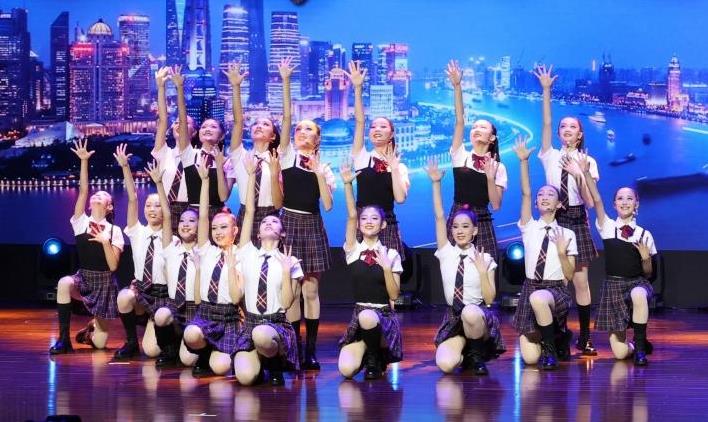 Students dance at the opening ceremony of the film week.

Performances including song and dance kicked off the 4th National Primary and Secondary School Student Film Week in Shanghai on Monday.

Emphasizing the concept that films can play an important role in education, this marks the third time Shanghai has hosted the biennial national event.

As this year marks the 100th anniversary of the founding of the Communist Party of China, events were organized to help students learn about the Party's history and how it has led the Chinese people in developing the nation and instilling responsibility for making contributions to the rejuvenation of the Chinese nation.

At the opening ceremony at the Youth Educational Activity Center in Putuo District, local students staged dances titled "Welcome to Shanghai" and "Magic Light and Shadow" as well as the song "Sing A Song to the Party Again."

After the ceremony, students watched the movie "My Country, My Parents" at Caoyang Film City to kick off the week-long festivities.

More popular movies will be screened for children over the following week. These will include 40 movies recommended last month by the Ministry of Education for primary and secondary students around the country and outstanding movies created in celebration of the CPC's 100th anniversary.

Students can watch these movies in cinemas, on CCTV-6 movie channel, and on online platforms.

A forum will also be held in Shanghai on Tuesday for experts in education and the film industry to share their views and experiences in creating films and developing film courses for students. 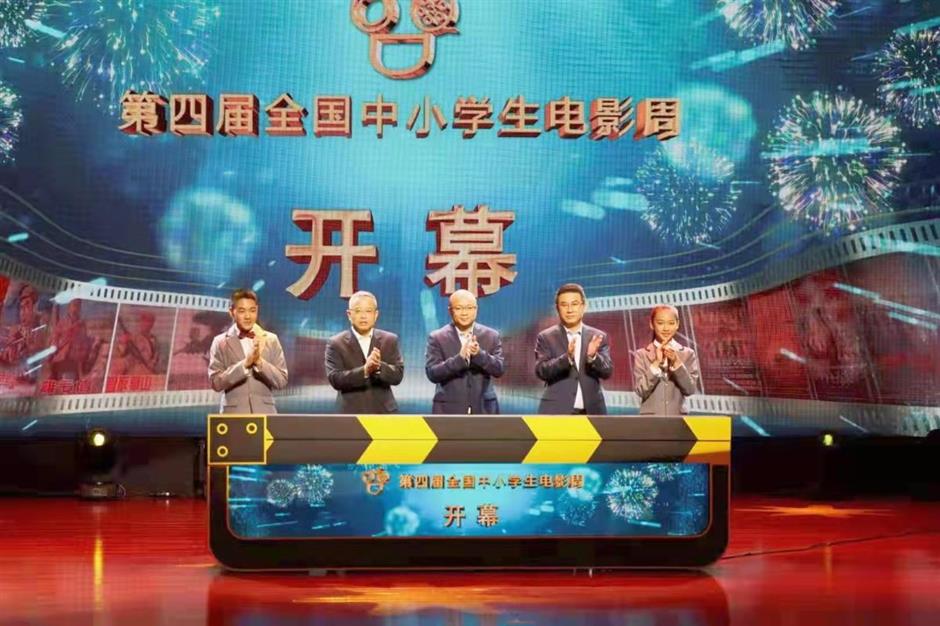 Officials and student representatives launch the film week together.