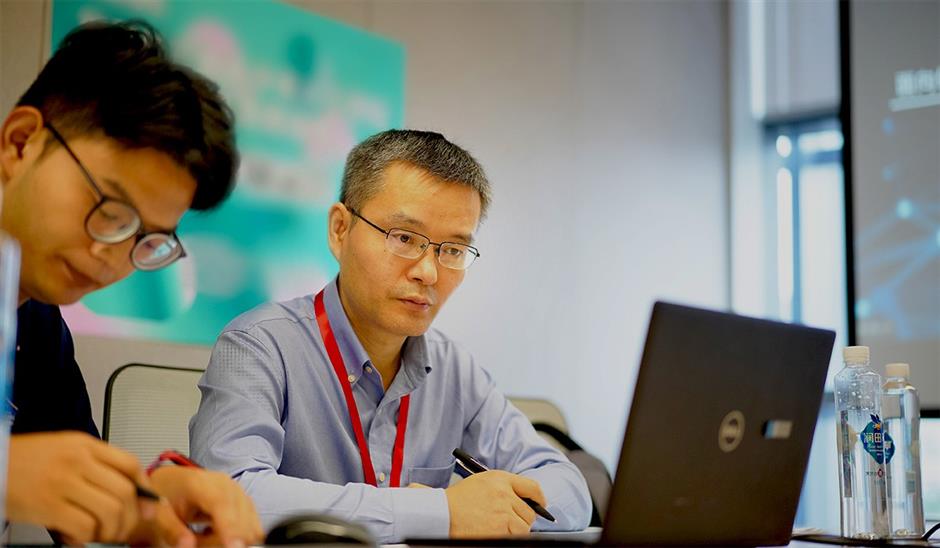 Judges talk to contestants at the 3rd International Artificial Intelligence Fair via the Internet.

Two high school students from Shanghai and three from Zhejiang Province shared the top prizes at the 3rd International Artificial Intelligence Fair, which attracted students from over 300 schools around the world.

A total of 665 innovation programs featuring AI technology were submitted for the event, which was launched in July by the Xuhui District Youth Activity Center and AI company SenseTime. Of these, 121 made it to the final, with the innovation ideas presented to 45 judges from universities, research institutes and technology firms via the Internet.

Li Lufei from Shanghai Nanyang Model High School and Wu Keyu from the High School Affiliated to Fudan University won one of the two top prizes with their project of a martial arts teaching and evaluation system based on human posture recognition and machine learning technologies.

Another team with all three members from Zhejiang Wenling High School won the other top prize by presenting their idea to develop a flood victim search and rescue unmanned aerial vehicle based on OpenCV dual optical imaging technology.

Zhang Yihong from the Shanghai World Foreign Language Academy won first prize for his project to develop a system to assess rehabilitation results of patients suffering from cerebral stroke by detecting their hand gestures. His system has achieved an accuracy rate of 89.9 percent.

Organizers guided the students on coming up with projects that more likely to be commercialized, such as four weeks of training on AI-related innovation before the competition and opportunities to receive training on presenting their projects on roadshows.

Lin Junqiu, deputy director of the science education division of the Shanghai Education Center of Science and Art, said that AI was a new industry leading to the future and cultivation of AI talent was a future-oriented project to build up a core talent pool.

Dai Juan, general manager of SenseTime Education, said the fair aimed to inspire students' interest in technologies such as AI and help them develop skills in using AI to solve problems.