The stress and joys of father-daughter quarantine

Around China
Edited by Sun Chao.

When Yu Jida took his 5-year-old daughter on their first-ever father-daughter trip, he didn't expect it to become a two-week quarantine in a 35-square-meter hotel room, a bonding experience quite restrictive and sometimes exhausting.

Yu and his daughter, nicknamed Dingchun, set out from Shanghai on a company retreat on October 15, planning to visit the Gobi Desert in Dunhuang, Gansu Province, in northwest China.

Dingchun was thrilled about the trip as it was the first time the two of them have traveled together. Yu was usually busy with his hardware engineering job.

However, the exciting trip came to a grinding halt on October 17 after the nucleic tests of a couple from Shanghai turned out to be abnormal in Jiayuguan, Gansu Province, on October 15. After retesting in Xi'an, capital of Shaanxi Province, the couple were confirmed as COVID-19 positive the next day, plunging the northwestern part of the country to a new wave of outbreak. 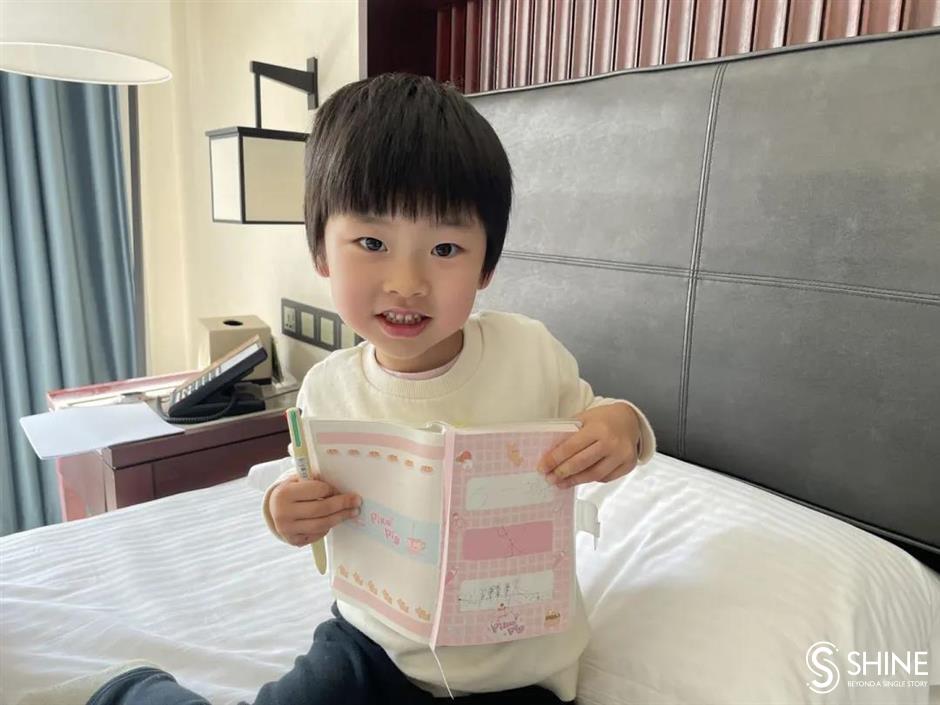 Dingchun shows her drawing during her quarantine in a hotel in Jiayuguan, Gansu Province. 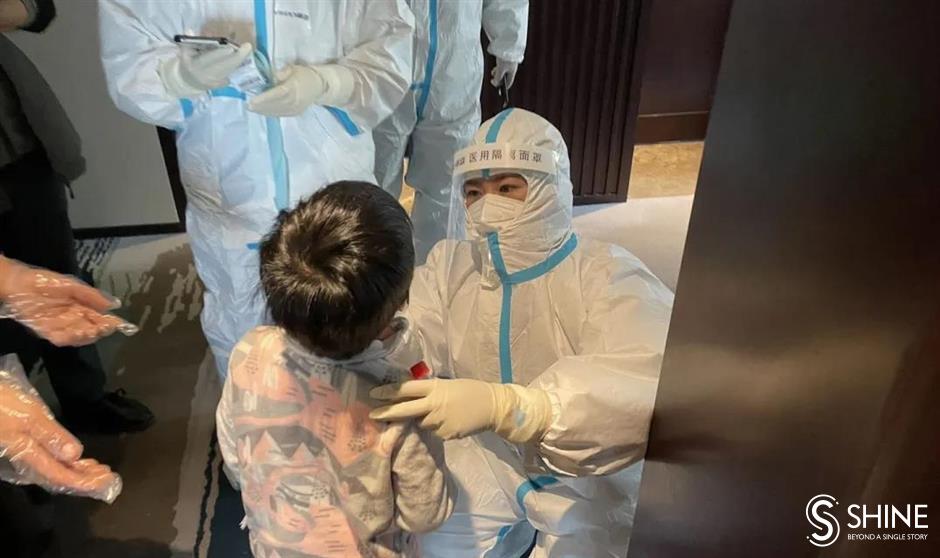 Dingchun cries when she first received a nucleic acid test but says now she has grown used to it.

The tourist group with which Yu traveled happened to be staying in the same hotel in Jiayuguan with the Shanghai couple, making them indirect contacts of the patients.

"At first I was shocked," Yu said. "Every day I have my hands full with Dingchun's daily needs, arranging her meals, preparing snacks, coping with her occasional tantrums, playing with her, bathing her and putting her to bed."

Since then, they have been largely confined in the hotel room, exploring every possible way to kill time and maintain upbeat.

The unexpected confinement did bring them closer than ever but also sometimes so close that it drained his energy.

"I don't have any time for myself at all. Other colleagues started to work remotely after receiving their laptops. But it's impossible for me to code over fragmented time periods," Yu complained. 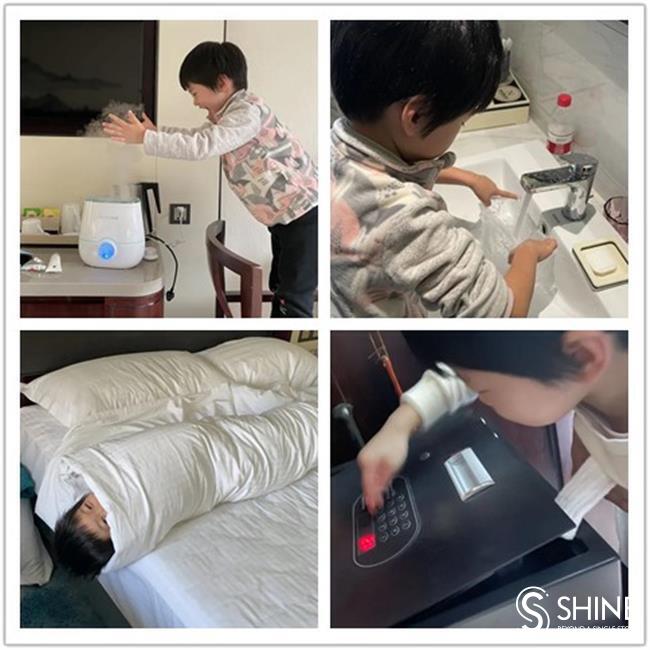 Dingchun plays with everything she can get her hands on in the hotel room, including a humidifier, a shower cap, quilts and a safe.

Yu also felt guilty for letting Dingchun down as the desert excursion she had looked forward to did not come to fruition. Also, he was worried whether the long stay indoors would do any harm to her mental health.

But it seems that Dingchun is coping quite well. Besides binge-watching cartoons, a rare indulgence, she also reveled at the piles of toys her mother sent over.

"My favorite ones are the bubble gun and the dinosaurs," Dingchun said, but not even bothering to open the math books her mother also sent.

They are creative in coming up with new ways to have fun.

To help Dingchun find more enjoyment, her mother in Shanghai literally ordered every toy that was available in nearby stores in Jiayuguan and had them urgently delivered to the hotel.

After seven negative tests, they are expected to undergo two more and return to Shanghai on October 31, when they might be subject to a new round of quarantine.

"I want to travel with dad again in the future, but only when there are no more viruses," Dingchun said.