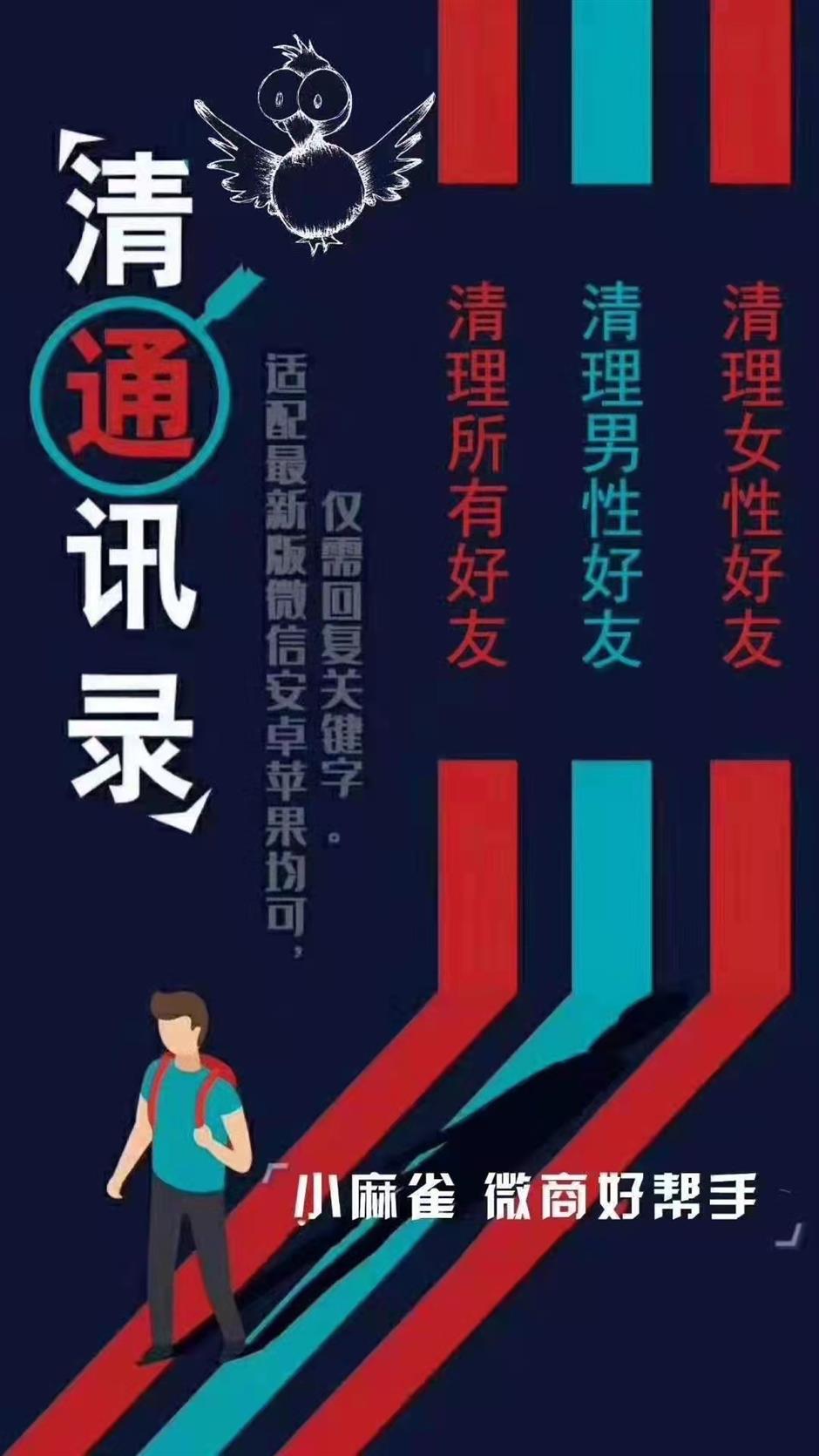 An online advertisement for the software called "Little Sparrow."

Shanghai police have warned WeChat users who buy third-party software to mass delete unwanted contacts from the app to beware of criminals behind the software.

Four suspects behind the "Little Sparrow" program have been caught for allegedly stealing users' information and profiting by selling it to others, police said Thursday.

Promoters of the software were charging users 5 yuan (78 US cents) for each deletion service. The program was run remotely on users' phones to single out their unwanted friends, such as those who have deleted them or whose accounts have been inactive for some time.

One such service lasted about 2 minutes, according to police who started their investigation into the scam in August this year.

However, without the users' being aware, the software automatically extracted personal information from their phones and uploaded it to the server of the criminal gang, allegedly led by a man surnamed Wang.

Wang and three others, who have experience in developing software, allegedly started their criminal activity in April last year.

They have made a profit of over 8 million yuan by selling the personal information acquired through the software to people who needed to boost ratings or page views of their Internet services.

So far, none of the users of "Little Sparrow" have reported the activity, police said. The software was advertised to people through over 300 Internet vendors.

The suspects were caught in Sichuan and Zhejiang provinces as well as Shanghai last month, and three have been arrested.

Shanghai police said they have caught 264 suspects in 301 cases involving the infringement of people's personal data so far this year.