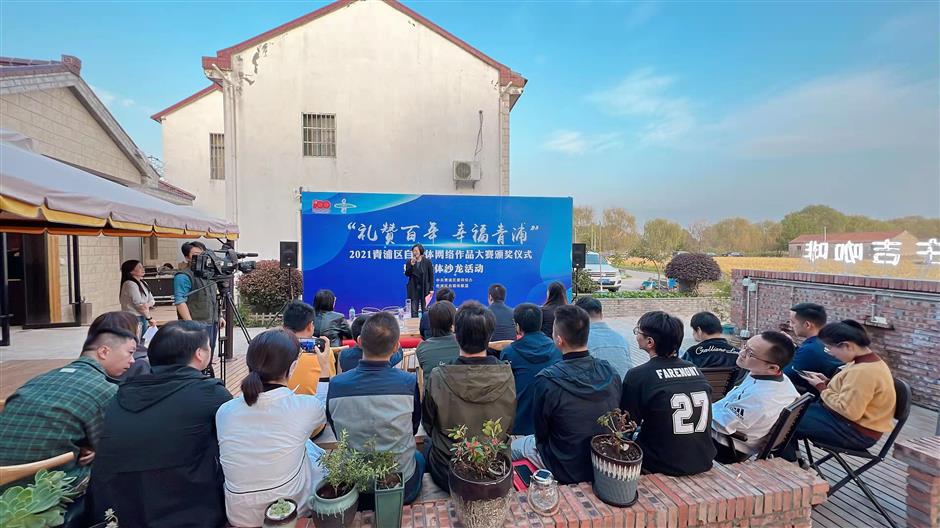 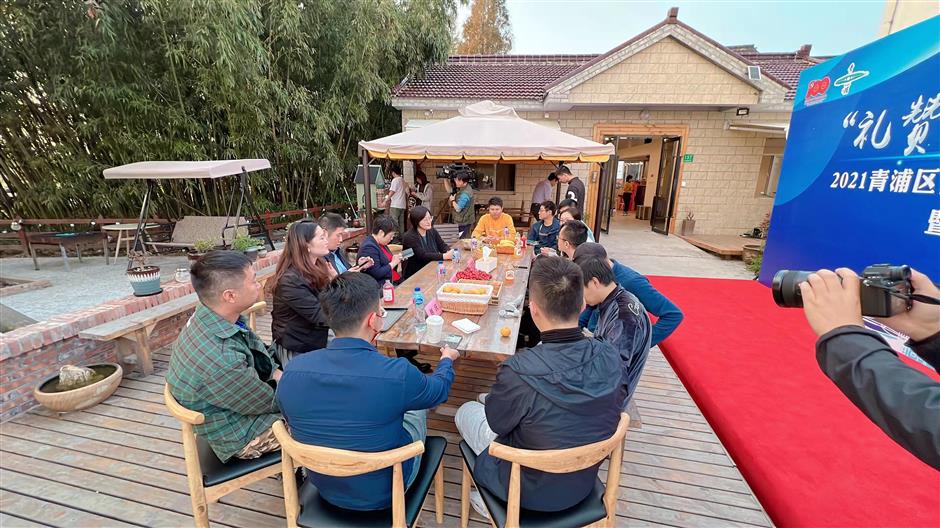 A new media salon in Qingpu with local officials.

Social media workers in Qingpu District have depicted their beautiful hometown via story works and vlogs ahead of the 4th China International Import Expo, which will take place in the district from November 5 to 10.

A social media Internet work competition for the district was launched in March to mark the centenary of the founding of the Communist Party of China and celebrate Qingpu's development over the past decades.

It encouraged social media in the district to focus on the development of Qingpu and create works based on the district's revolutionary past, people's daily life and culture, reflecting the public's sense of gain and happiness.

Six new media works such as "Beautiful Qingpu" and "Butterfly spreading the wings, city's happiness" were honored by Qingpu District's cyberspace authorities at Dongzhuang Village of Liantang Town on Friday.