Shanghai Disneyland under lockdown due to COVID-19 investigation 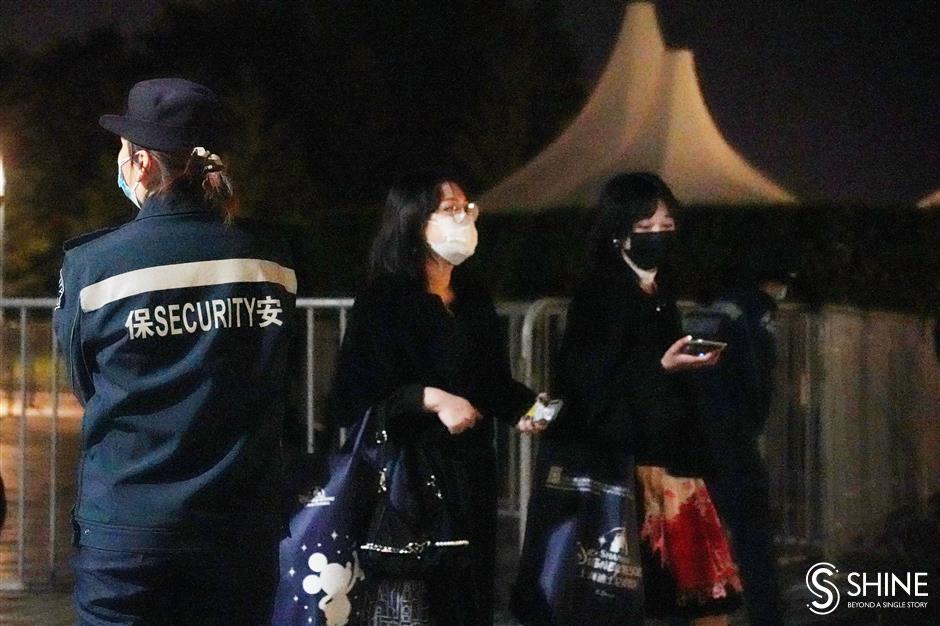 Shanghai Disney Resort is under temporary lockdown on Sunday evening as the resort was cooperating with pandemic investigation in another province.

"We have temporarily suspended entry into Shanghai Disneyland and Disneytown, and some attractions inside the park will also temporarily stop operating. Outdoor entertainment will continue as scheduled," the resort said in a statement on Sunday.

The Shanghai government issued an emergency notice on Sunday night, saying all those who had been to the park on October 30-31 must report to their communities and workplaces, and should immediately conduct nucleic acid tests at the nearest medical facilities. 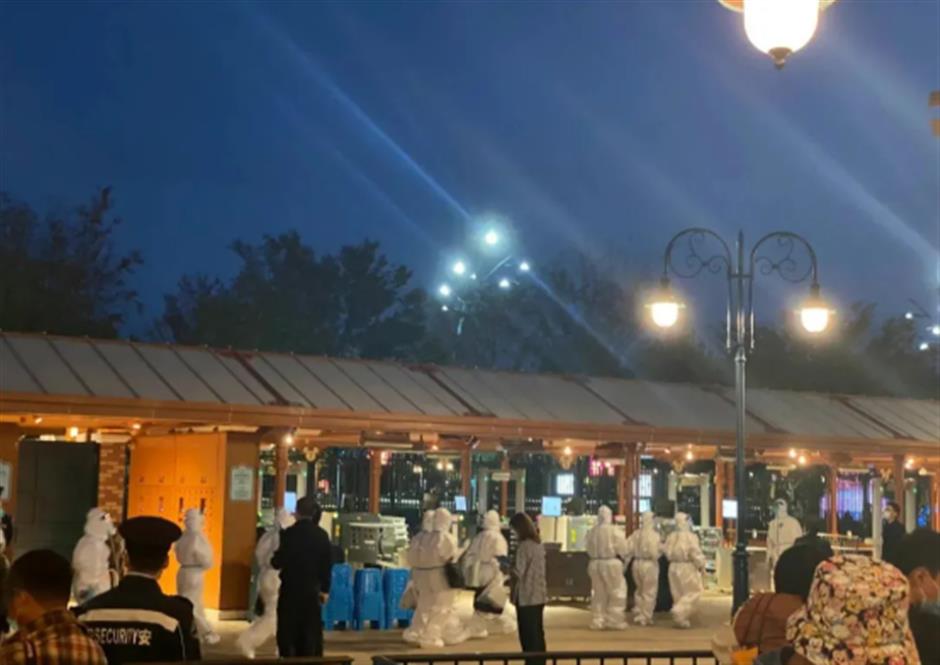 Medical staff at the exit of Shanghai Disneyland.

They should stay at home for at least the first two days, and conduct nucleic acid tests on the first, second, seventh and fourteenth day, according to the notice.

Guests who are inside the park on Sunday night have to undergo nucleic acid testing at the exit when leaving the resort.

They will also be required to undergo another nucleic acid test after 24 hours.

If both tests are confirmed to be negative, then guests will be asked to follow a 12-day self-health monitoring, the resort said.

Shanghai's Metro operator also suspended operation at its Disney Resort station on Line 11 by 8:15pm. People are not allowed to enter or exit the station and passengers on the train can not get off. The terminal of the Metro Line 11 will be changed to Kangxin Highway station.