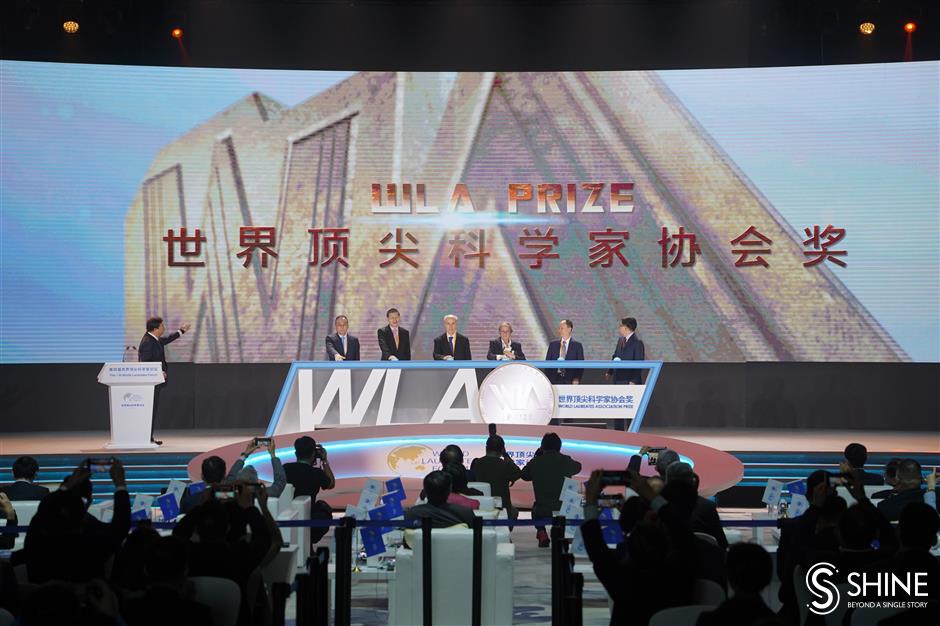 The WLA Prize is established in the fourth World Laureates Forum in Shanghai.

A prestigious scientific award was set up during the opening ceremony of the fourth World Laureates Forum in Shanghai on Monday.

The annual WLA Prize, claiming to become a local version of the Nobel Prize, will be first awarded in 2022 to honor scientists who have made great contributions to the world.

It was initiated by the World Laureates Association and sponsored by the Sequoia Capital with 500 million yuan (US$78 million).

The winner will get 10 million yuan. It will focus on "math and intelligent science" and "medicine and life science."

The launch of WLA Prize demonstrates that China pays great attention to the development of basic science, according to Roger Kornberg, chairman of the World Laureates Association and 2006 Nobel laureate in chemistry.

The association also focuses on original and basic research, and it is confident the WLA Prize will become a world-class scientific award with global influence, he added. 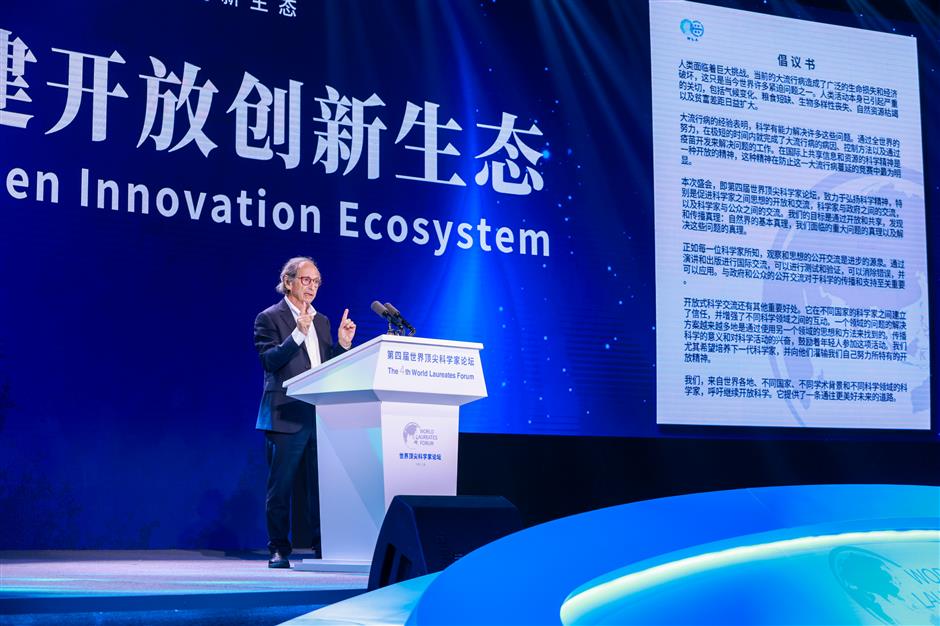 It highlights global scientists are paying great attention to international science exchanges, he said, giving it a thumbs-up for supporting Shanghai's innovation development.

Kornberg said the forum shares the same goal with Shanghai to build the city into an innovation center with global influence.

It will continue to promote basic science, advocate for international cooperation and be committed to the development of youth, he added.

Michael Levitt, vice chairman of the association and 2013 Nobel Prize in chemistry, released an initiative to promote open science.

"Essentially, there are two words about open science: publish and protect. We know how to publish, and the Internet is making publishing instantaneous, but we are still learning how to protect. I think blockchain will be doing this," he said.

"These are all critical things. Also (we need), a global way to deal with artificial intelligence, self-driving vehicles, and things like these. For this, we need openness more than ever."