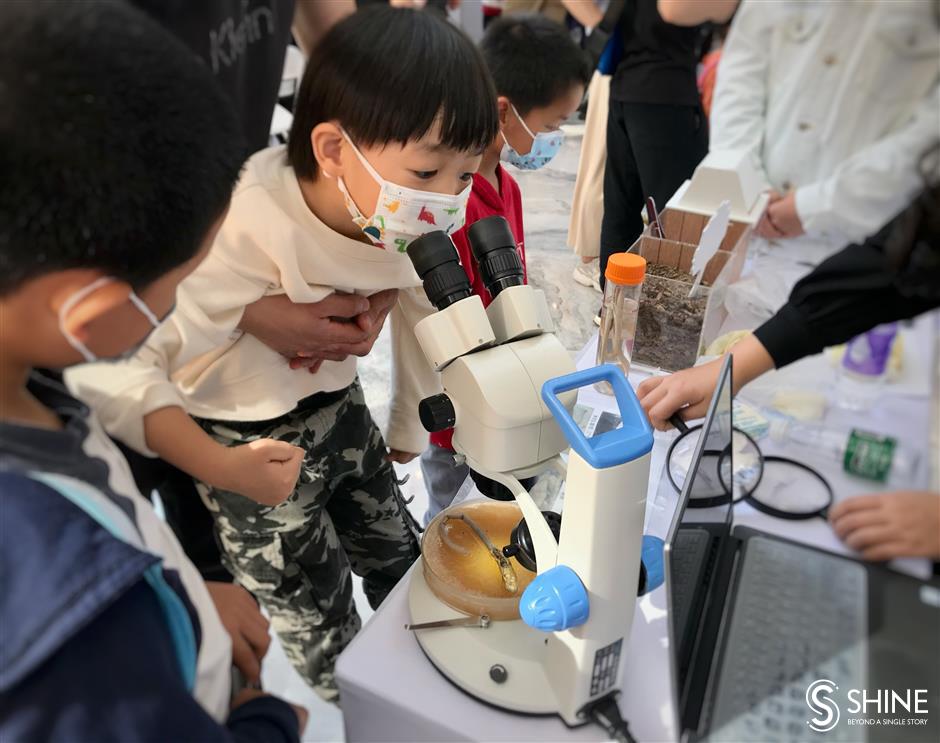 A boy observes an earthworm 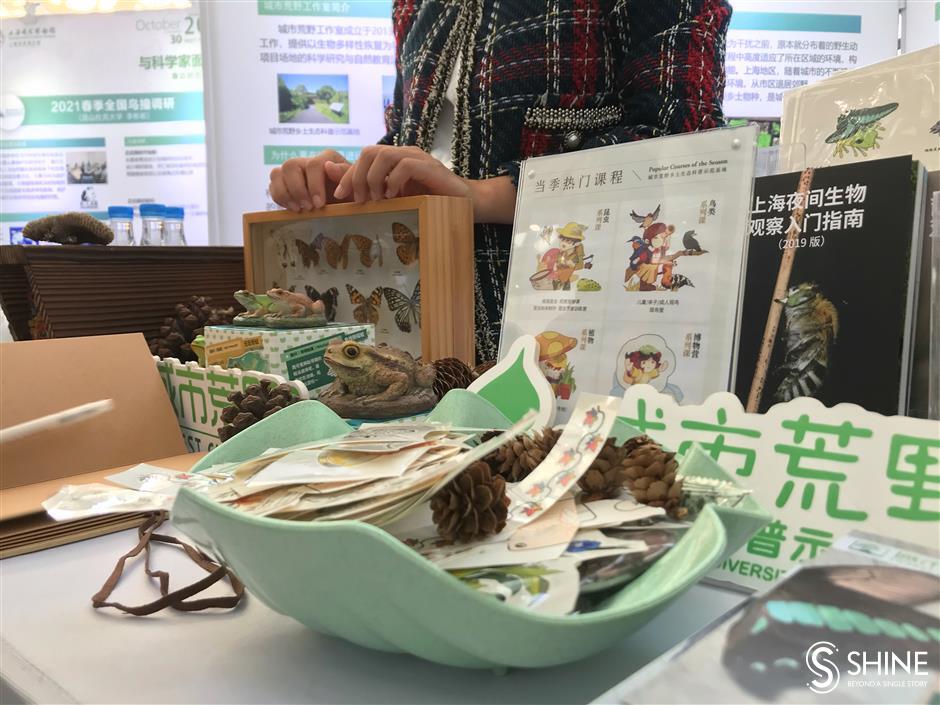 Shanghai's biological resources were on display at a science fair held at the Shanghai Natural History Museum, marking the end of the museum's global biodiversity conservation and protection month.

The fair, held last week, featured 14 booths and 28 experts on a wide range of creatures, such as birds, insects, fish, amphibians, invertebrates, and plants, to promote knowledge of biodiversity in Shanghai.

Zhang Wei, a researcher at the museum, introduced the habitats of amphibians in the city by giving examples of frogs, including the striped tree frog, a species that used to live in Shanghai but now is rarely seen.

"There are two ways for invasive species to influence the native ecology," she said. "For example, fierce green sunfish hunt other fish in streams and have a direct influence on local ecology. Bluegills are prolific breeders, which squeezes local species out. It's a kind of indirect influence." 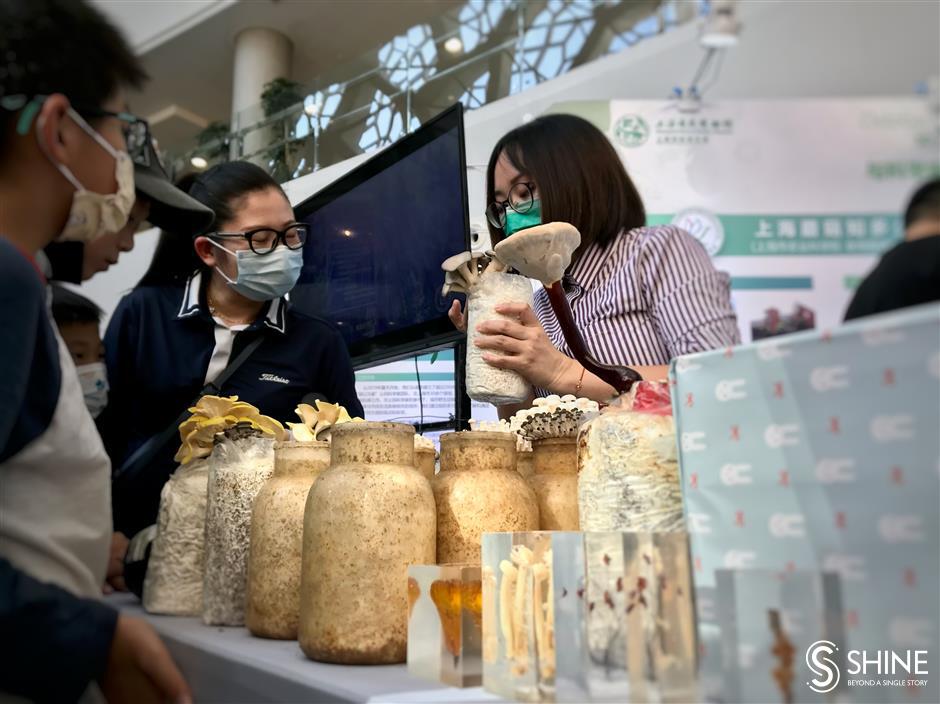 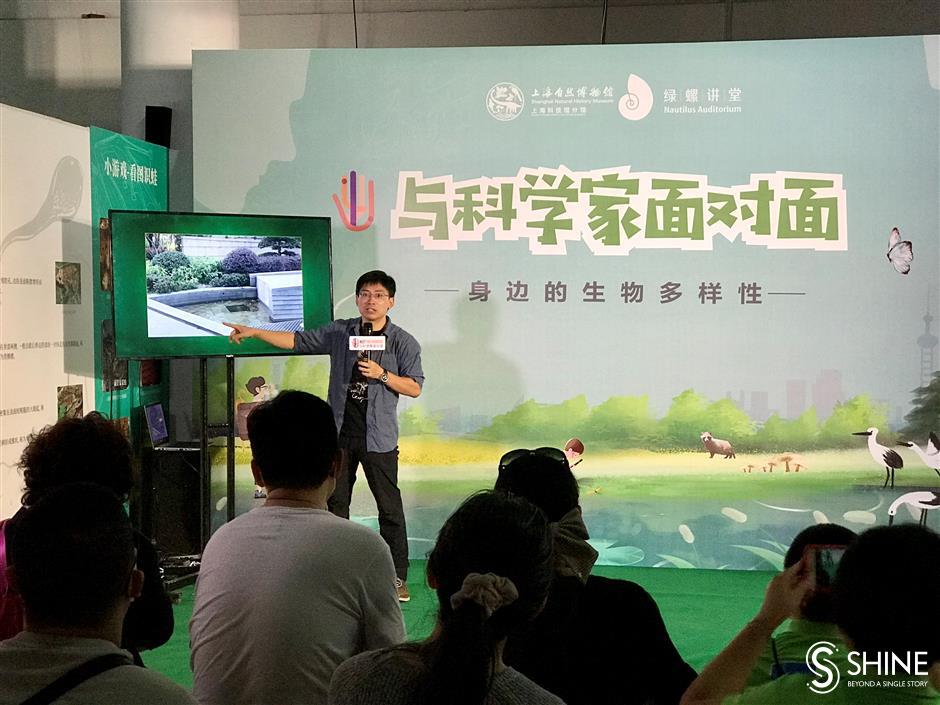 Additionally, professionals from ecological conservation volunteer organizations, such as the Forest City Studio, discussed measures to further promote ecological sustainability for wildlife and plants, such as preserving the last species of agave in Shanghai and building a platform to popularize ecologically sustainable practices.

Themed "Exploring Biodiversity around Us," the environmental protection month has attracted over 13 scientific institutions and 30 experts to offer lectures and interactive activities about opportunities and threats faced by the plants and animals of Shanghai.

It is one of the latest efforts by the city's science museum to promote scientific education.

Recently, the Shanghai Science and Technology Museum held a seminar to discuss building a think tank to promote scientific education.

Wang Xiaoming, director of the museum, said the museum will work with East China Normal University to pool resources and build a top-notch think tank. 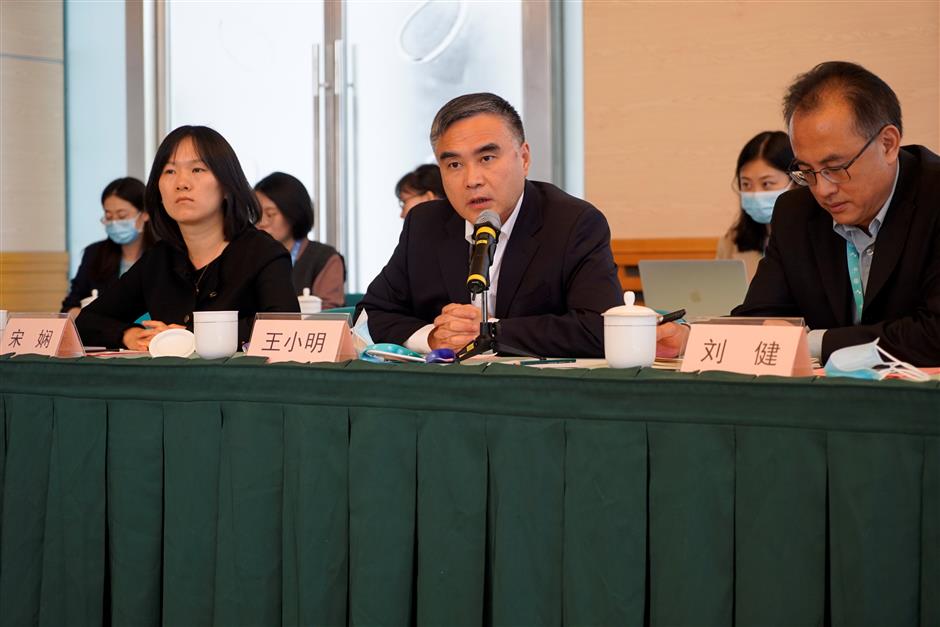 Qian Xuhong, president of the university, said: "Science education needs further logical and skills-based advancement. This is not only helpful for research but will apply to other disciplines too."

Wang Pinxian, an academician at the Chinese Academy of Sciences, said: "The popularization of science education can't be achieved through imitative learning,"

He added, "Science is like a culture; technological innovation is inseparable from its background scientific context. Popularizing scientific education must be achieved through bridging science and culture."