Engineers install the robotic arms of the Toumai surgical robot.

Shanghai-produced surgical robots were unveiled ahead of the China International Import Expo to challenge international competitors.

The three robots, said to be world-leading, were promoted on Tuesday by their developer, Shanghai MicroPort MedBot, a subsidiary of a local tech company based in Pudong's Zhangjiang High-Tech Park.

MedBot was listed on the Hong Kong Stock Exchange on Tuesday, a milestone of global market expansion for China's domestically developed surgical robots.

Among them, DFVision was approved to enter the market in June of 2021. 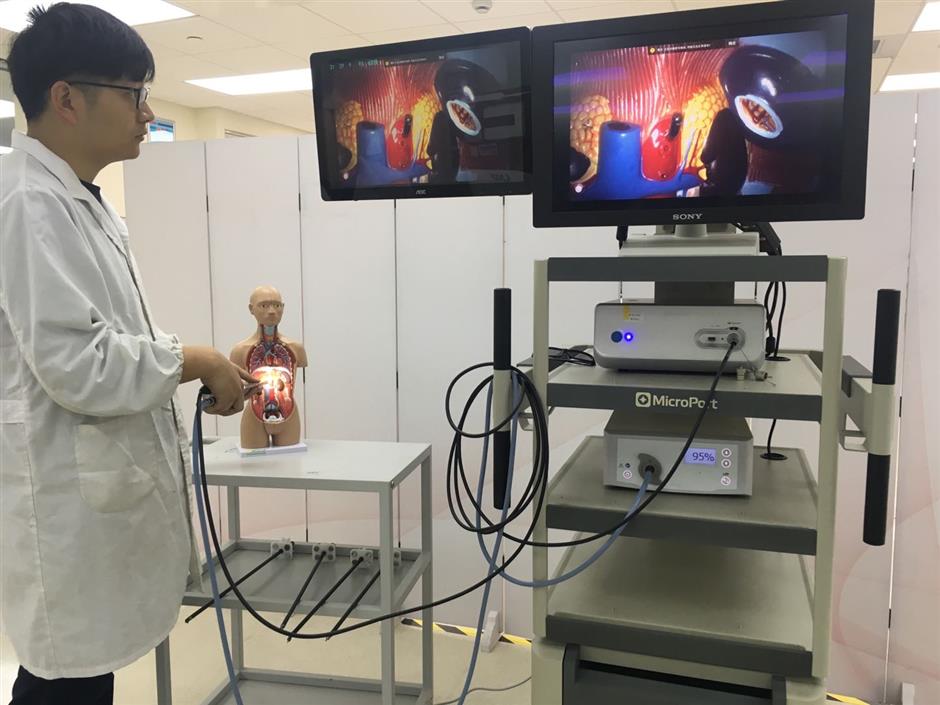 Surgical robots have played key roles in clinical practice by greatly improving the accuracy and reliability of surgeries.

They can help to reduce patients' postoperative recovery period while reducing the occurrence of complications.

The global market for surgical robots is growing rapidly, from a total market value of US$3 billion in 2015 to US$8.3 billion in 2020, and is expected to reach US$33.6 billion in 2026, according to a report by Frost & Sullivan, a consulting firm.

There is a huge potential for growth in China due to the large number of patients coupled with the increasing demand for minimally invasive surgery, the company said.

The surgical robot market in China is expected to reach US$3.8 billion in 2026 with a global share of 11 percent, up from 5 percent in 2020, according to the company's statistics.

This listing on HKEX will provide significant financial support for continued strategic expansion in the field of surgical robots, said He Chao, executive director and president of MedBot.

"MedBot will continue to innovate and accelerate R&D to provide patients with surgical solutions backed by robotic intelligence that can prolong and reshape lives," said He.