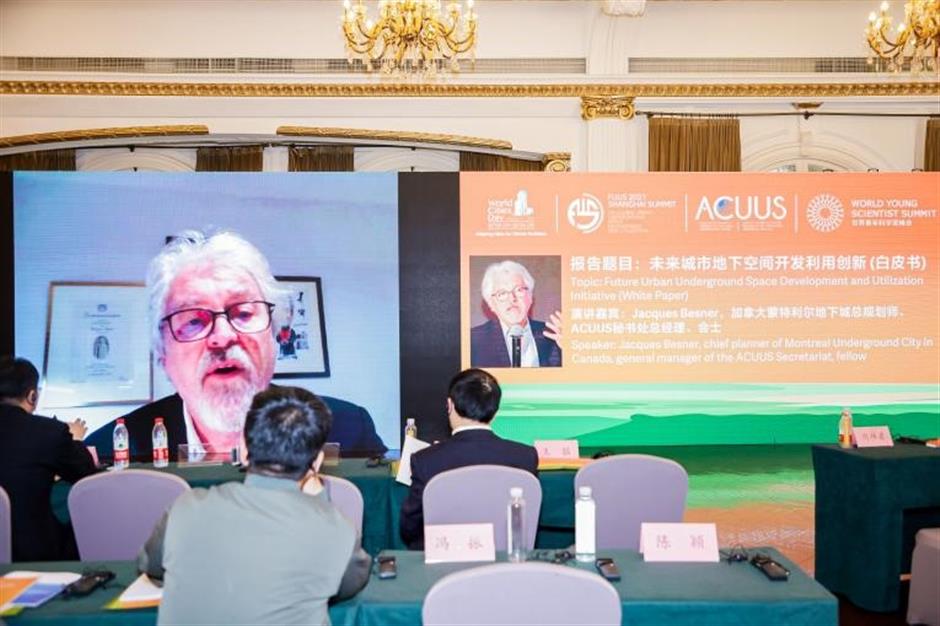 Shanghai released a guideline for the development of underground spaces for large cities to help create low-carbon "resilient cities" which can survive disasters and recover quickly.

Urban planners should focus on the development of underground spaces, which are the key to sustainable urban development and the main criteria for disaster prevention, said Wang Hengdong, chief engineer with the Shanghai Engineering Design Institute.

"Underground pipelines and wires are the key pieces of infrastructure and lifelines to ensure the smooth operation of cities," Wang told the summit, which was organized by the institute and the organizing committee of World Cities Day.

Experts from across the world, including Dimitris Kaliampakos, president of the Associated Research Centers for the Urban Underground Space, discussed development strategies. Due to the COVID-19 pandemic, foreign experts shared their latest research through livestream video chats.

This year's summit focused on the resilient development of underground spaces in megacities like Shanghai. Urban planners from different cities shared their experiences with underground climate control, geothermal usage, transportation and smart monitoring.

A previous declaration on the use of underground urban space was released in Tokyo in 1991, marking the beginning of a wide range of underground space development across the world.