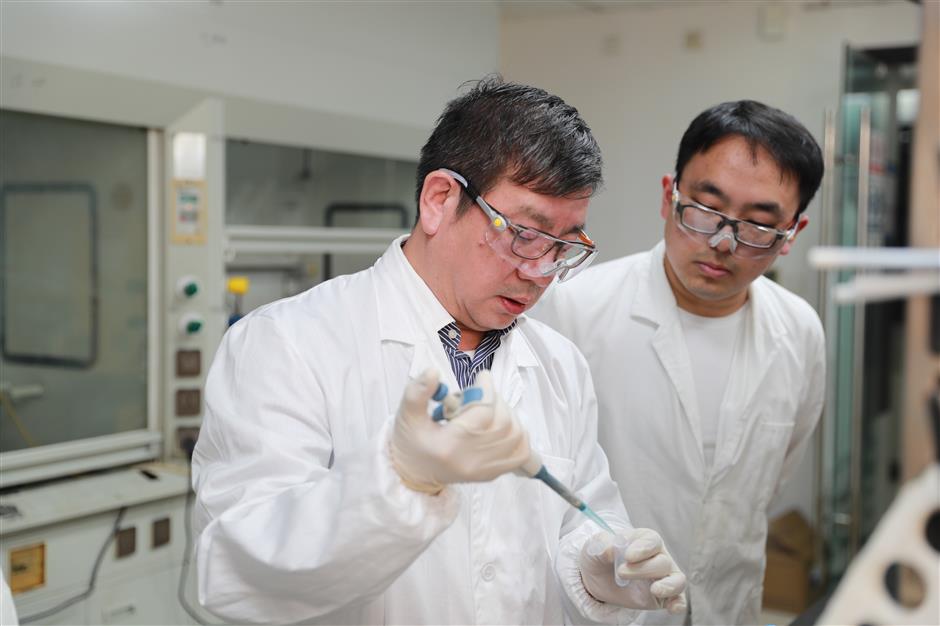 Shanghai picked up nearly 18 percent of the country's top science and technology awards handed out in Beijing on Wednesday.

Shanghai got 48 awards, 17.45 percent of the total number, compared with 16.88 percent a year ago. Of the winning projects, more than half were initiated and led by Shanghai.

The city has been a big winner at the awards ceremony for the past 19 years, according to the Shanghai Science and Technology Commission.

This year is the fifth consecutive year that more than 15 percent of the awards went to Shanghai, the commission said, calling it a vivid manifestation of the city's strong innovation capability and great innovation ecosystem.

Notably, the proportion of natural sciences awards granted to Shanghai reached 19.57 percent, a record-high percentage of the national total since 2014. 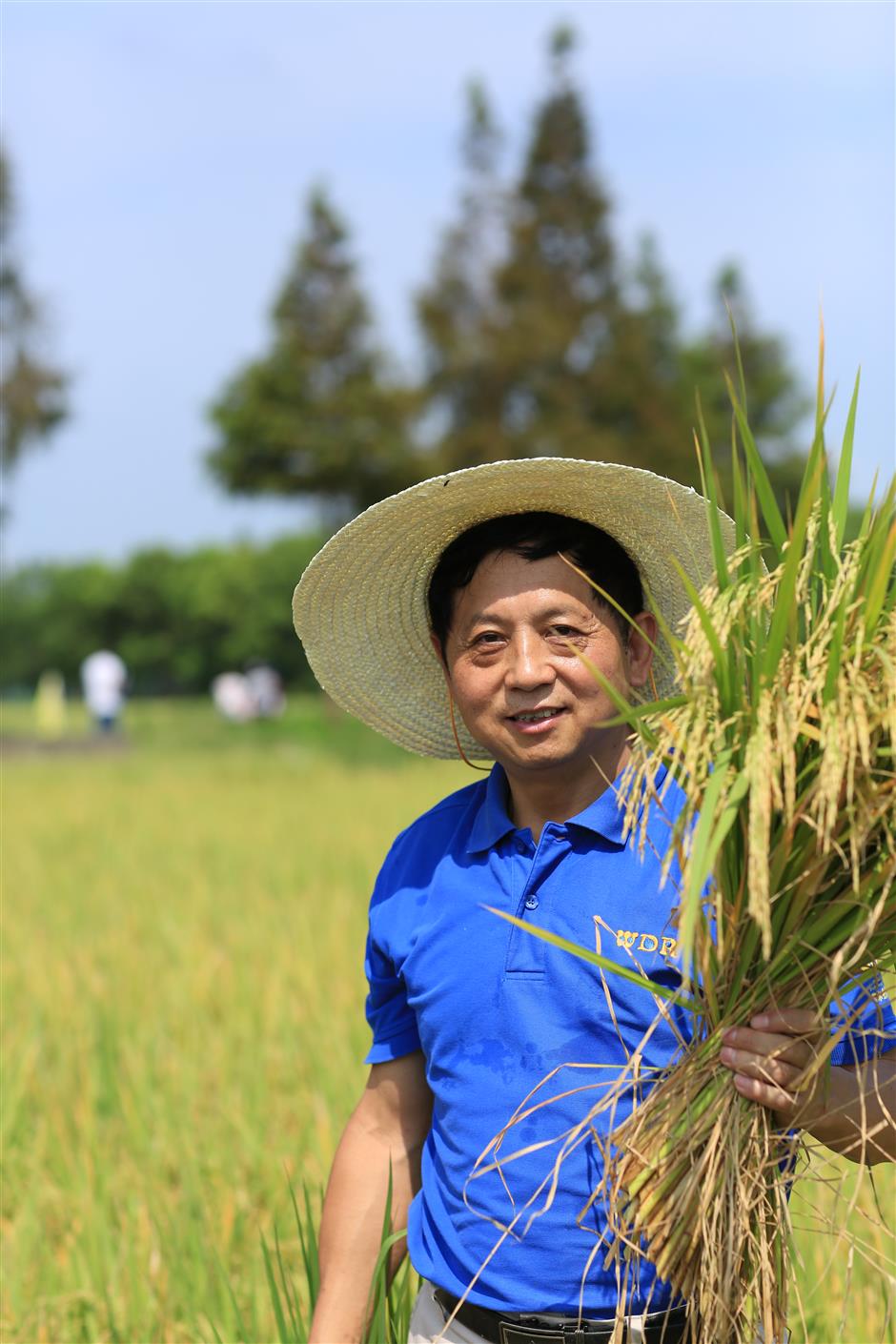 Prof. Luo Lijun from the Shanghai Agrobiological Gene Center has led his team in cultivating 29 water-saving and drought-resistant rice varieties.

Over the years, Shanghai has substantially intensified support for basic research.

Looking at funding increases as an example, from 2018 to 2020, the city's spending on basic research climbed from 7.8 percent to 10 percent of its total R&D expenditure. This proportion is expected to reach 12 percent by 2025, according to a newly-released plan.

Basic research breeds core technological breakthroughs. A solid basic research system is taking shape in Shanghai to strengthen the city's role as an innovation engine, according to the commission.

Technical invention awards were mainly presented for achievements in electronic information and engineering construction. In terms of technological progress awards, the pan-healthcare sector was the biggest winner, and doctors' involvement was particularly prominent.

Huang Hefeng, a professor at Shanghai Jiao Tong University, led her team in creating a full-life-cycle system to prevent and treat genetically inherited diseases. It has benefited over 60,000 families.

Doctor Zhou Jian's team from the Zhongshan Hospital developed an integrated diagnosis and treatment system for liver cancer. Detection devices and personalized treatment solutions have been used at 45 hospitals and four companies across the country in over 30,000 cases, greatly improving survival rates.

Additionally, researcher Luo Lijun from the Shanghai Agrobiological Gene Center has led his team in cultivating 29 water-saving and drought-resistant rice varieties that can save 53.3 percent of water used during irrigation and 47.7 percent of fertilizer, as well as reduce methane emissions by over 80 percent. These rice varieties have also been promoted to "Belt and Road" countries. 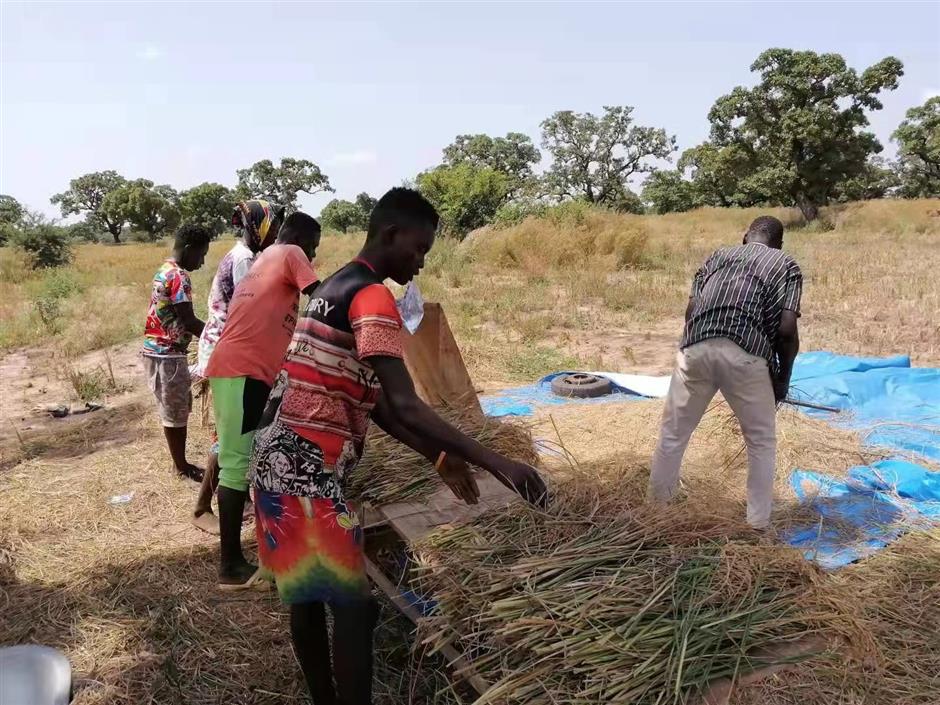 Water-conserving and drought-resistant rice is planted in Africa.