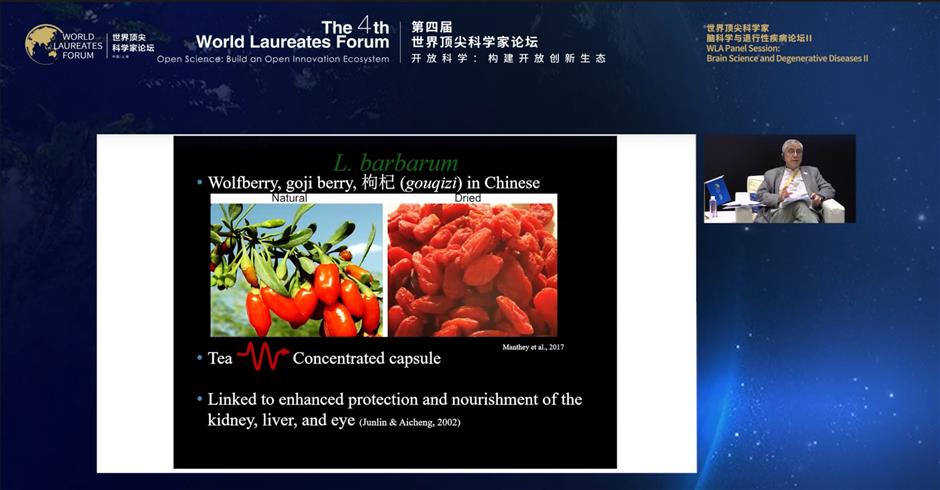 The benefits of goji berries

Goji berries are one of the hottest super foods in China, especially among the middle-aged who often carry thermoses of herbal tea mixed with goji berries.

A recent study has found it can also assist with teen depression.

China's love of the small oval-shaped berry has existed for thousands of years.

It is viewed as both a delicious food and nutritious herb used in traditional Chinese medicine to protect eyes, boost kidney function and prevent liver damages.

Kwok-fai So, director of GHM Institute of CNS Regeneration at Jinan University, has found something new. His study has confirmed the efficacy of goji berries on adolescents with sub-threshold depression.

"There is evidence showing an increasing burden of mental health comparing 1990 and 2016," he said. "I am concerned about mental disorders in children and adolescents. Figures show about 30 percent of children suffer mental disorders, including depression, bipolar disorder and others.

"When they have problems, they don't want to take conventional drugs, because there are too many side effects. That's why I want to develop another product which is a food."

His study was presented at the "WLA Panel Session: Brain Science and Degenerative Diseases Ⅱ" held this week in Shanghai.