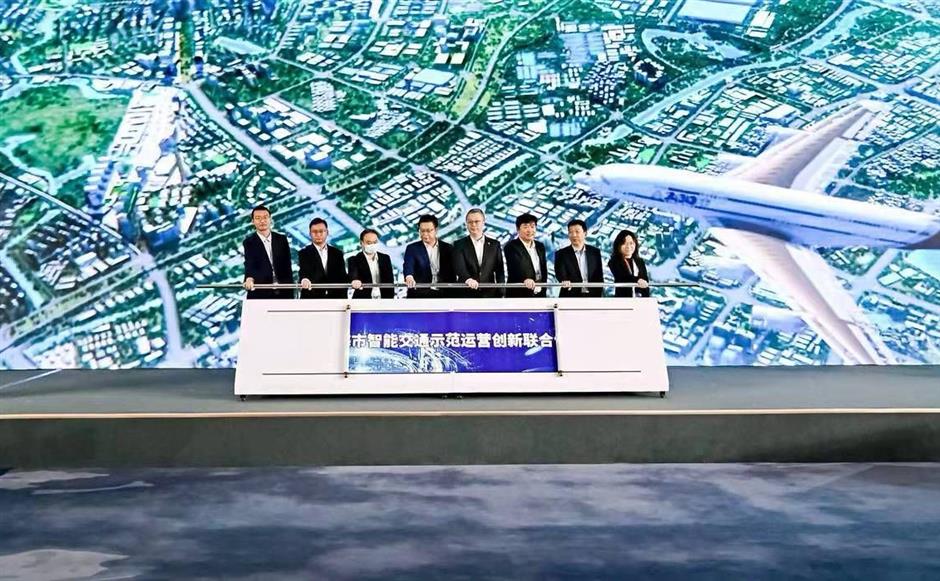 The first Intelligent Traffic Forum (Shanghai) and the Founding Congress of Shanghai Technical Committee for Standardization of Intelligent Transportation was held at the National Exhibition and Convention Center on Sunday during the fourth China International Import Expo.

Innovators of intelligent connected vehicles (ICVs) will be able to test their technology in more Shanghai streets starting now, the city's transport commission announced on Sunday at a forum during the fourth China International Import Expo.

With the entire Jiading New City and the Lingang New Area open for testing, Shanghai now has a total of 615 streets about 1,290 kilometers in length for the purpose, leading all Chinese cities.

In Lingang new area, the opening of the part of Lianggang Avenue from Xinsiping Highway to the intersection at Laogang Seedling Base, 28.4 kilometers in length, marks the beginning of ICV tests on the city's urban expressways.

With the opening of the new streets to ICV tests, innovators will find more than 7,000 new testing areas, the commission said.

Businesses are encouraged to look for solutions for the above goals and work towards the commercialization of ICVs in those fields.

Wang Dajun, vice director of the technology information department of the Shanghai Transport Commission, said the seven fields were chosen because they are most related to the daily lives of residents and have the largest potential for commercialization.

Lu Feng, director of the transport commission in Jiading District, said the district aims for further systematization of the standards in intelligent traffic development this year. Beyond that the development of driverless programs under 5G, the intelligent network and the smart road infrastructure.

"Companies based in our district will actively take part in the research and development of smart taxi, public transportation and freight logistics to provide more intelligent travelling choices for residents," she said.

Lu revealed that the district will strive to open in entirety to ICV testing next year.

"In terms of the traffic infrastructure and support from the government in the development of ICV and CVIS (cooperative vehicle infrastructure system), China is a leading country in the world, but the new transport frontiers also require a lot of trials and room for new technology," he said.

"The new opening effort from Shanghai enables us to further hone our technology in this regard."

Fan Xiaoxu, vice general manager of the Shanghai branch of TuSimple, an international self-driving freight trucking solution provider, said the new opening is a boost to the company's business in China.

The company was the first in China to acquire a license to road test self-driving trucks back in 2019. Its test trucks have run more than 1 million kilometers over Donghai Bridge in Yangshan Port.

"Next up we will further explore the piloting of our trucks with no presence of drivers, under the new policy rule from the government at the end of last month, and will gradually start to transport goods with the trucks," she said.

"Shanghai government is supportive of our business section with open-mindedness and a thoughtful policy framework."