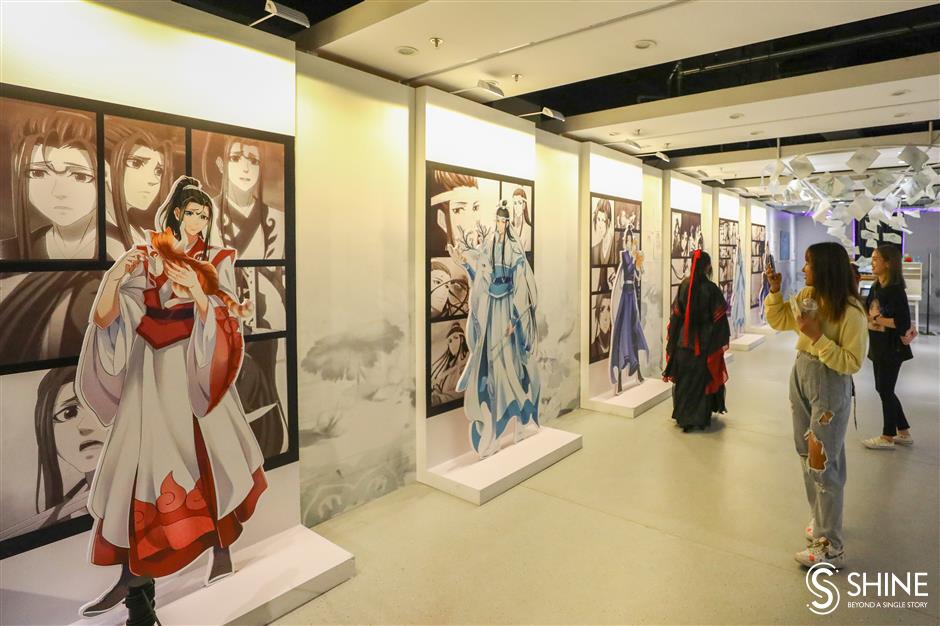 An exhibition about the popular Chinese animation "Grandmaster of Demonic Cultivation" at the Yuyuan Garden Malls in Shanghai.

"Heaven Official's Blessing," an original Chinese animation about an immortal human prince, has defeated many of its United States and Japanese counterparts to become one of the most popular series around the globe.

Thanks to the overseas promotion initiated by the popular video-sharing website Bilibili, the animation based on a popular Chinese online novel ranks among the top 10 on Netflix in multiple countries and regions and is the most popular on the Japanese anime platform Funimation.

Famous voice actors in Japan are invited to dub for the Chinese animation, along with popular bands and singers who sing the theme songs.

Other Chinese-made animations, such as the "Legend of Exorcism," featuring Tang Dynasty palaces and costumes, have also gained wide attention from overseas audiences.

Since its overseas promotion team was formed in January 2020, Bilibili has promoted more than 20 Chinese animation series to main video platforms around the world. It aims to attract mainstream foreign audiences and promote Chinese culture, explained Min Qi, Bilibili's head of public affairs.

More than 40 Chinese animations are now available on YouTube, attracting around 530,000 subscribers. 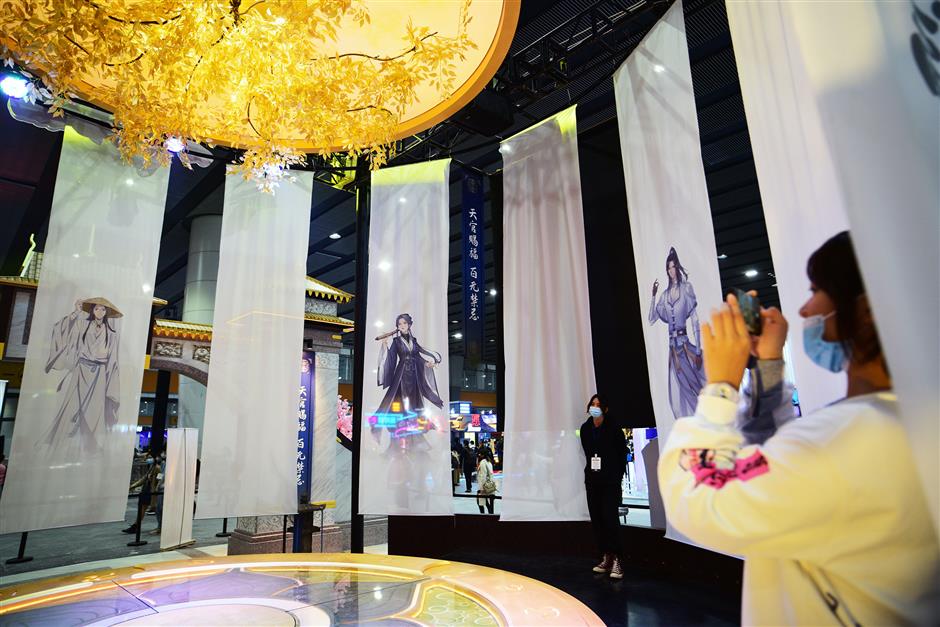 A visitor takes photo of animation figures from the Heaven Official's Blessing at a mall.

"Chinese animes are so underrated, yet they are so good," Roger Mole, a viewer commented on YouTube.

Min said the works for overseas promotion have been selected so as to bridge the cultural gap and for better recognition by overseas audiences. "These works are expected to help build a good impression about Chinese content and the country," she added.

Bilibili's overseas campaign is one of the pilot projects selected by the Yangpu District government to boost digital transformation of its trade in services.

Apart from animations, Chinese mobile games also occupy a large portion of the global market. Games developed or published by Chinese companies reported total sales revenue of US$8.5 billion between January and June, a 11.58 percent increase on year, according to official statistics.

An exhibition based on the popular shooting game "Playerunknown's Battlegrounds" (PUBG) at a mall in Shanghai.

The top popular games include the "Playerunknown's Battlegrounds" (PUBG) published by Tencent and "Genshin Impact" from local game studio MiHoyo.

STAR-listed Ucloud, a Yangpu-based cloud service provider, has launched a campaign to build overseas data centers for Chinese video game developers to expand around the world.

Most of the mobile games require stable and fast network. Ucloud helps to build a reliable "network highway" for domestic games amid the complicated situation in foreign countries and regions due to the COVID-19 pandemic, said Tang Yi, an official with the company.

China's service trade went up 9.4 percent year on year to top 3.27 trillion yuan (US$504.21 billion) in the first eight months of the year, the Ministry of Commerce said. 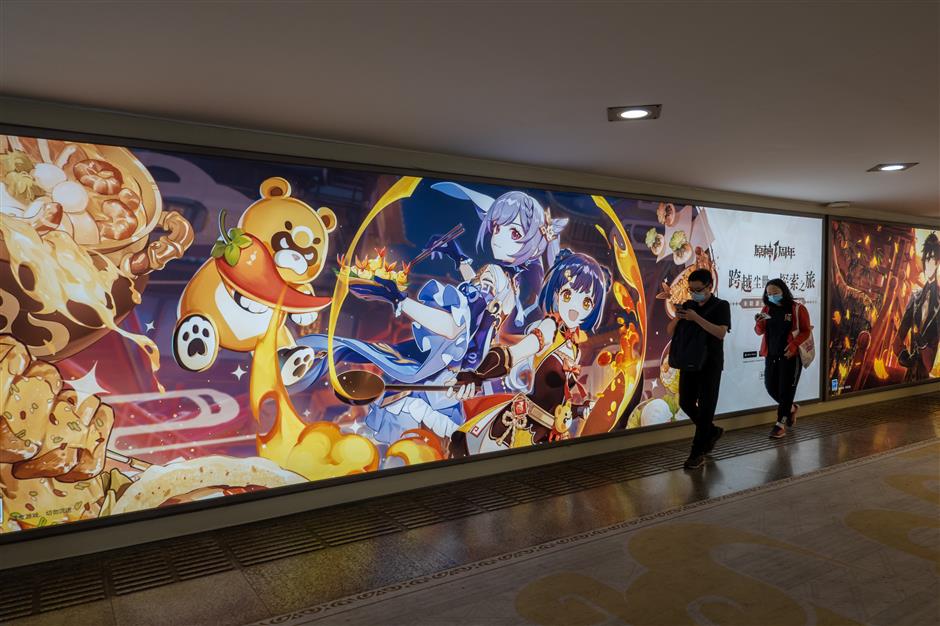 The ads about the popular mobile game "Genshin Impact" at a local subway station.