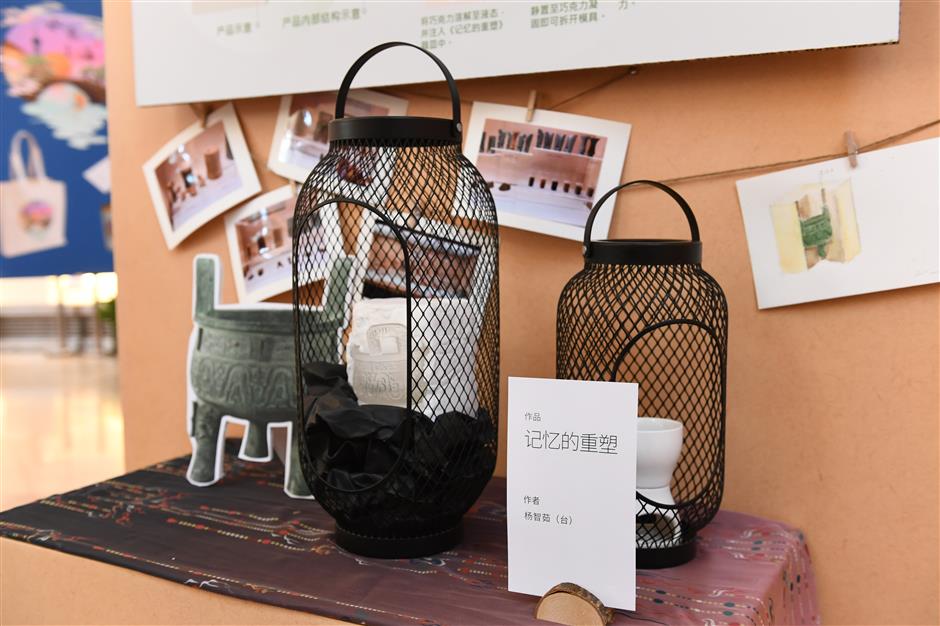 Chocolate mould based on the shape of Dake Ding, one of the most treasured ancient Ding (a type of Chinese ritual bronze in the style of a cauldron) pieces. 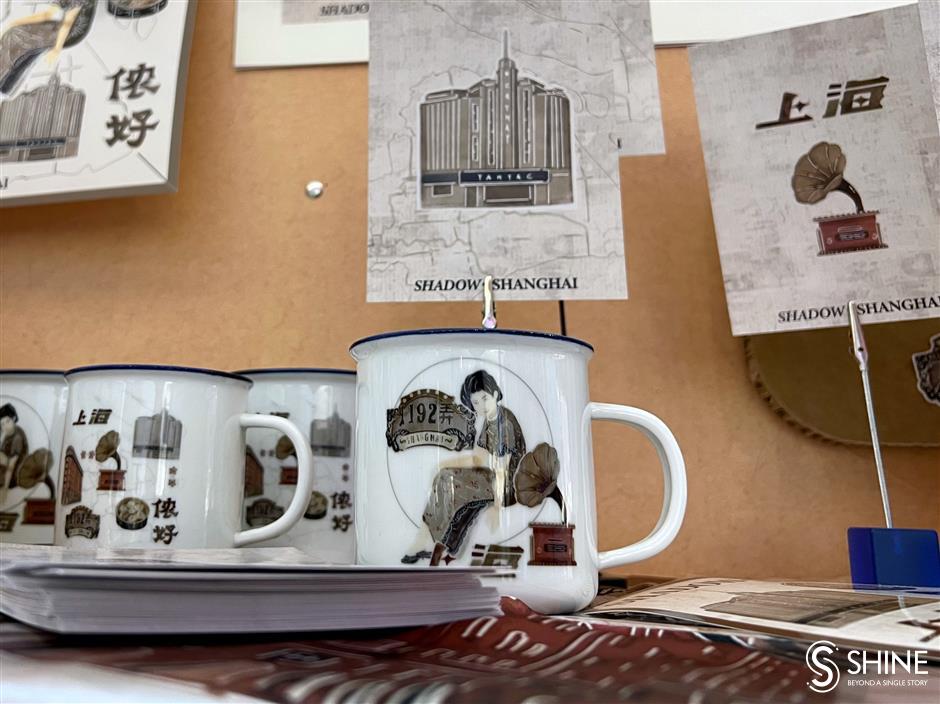 Cups inspired by images of a Shanghai lady from about a century ago.

Yang Chih-ju tried to liven up the millenniums-old Dake Ding with chocolate.

As she visited the Shanghai Museum, she just couldn't take her eyes of Dake Ding, one of the most treasured Ding (a type of Chinese ritual bronze in the style of a cauldron) pieces dating back to the late 10th century BC. And she decided to add a touch of the unexpected to it.

Inspired by Dake Ding, she designed a chocolate mould. It won her the "best product" prize in a cross-strait cultural and creative design competition held at the Oriental Pearl TV Tower in the Pudong New Area on Tuesday.

Calling her work "Restoring memories," she hopes it can "enable consumers to have better a understanding about China's bronze ware and its casting techniques through interactive and immersive experiences." She also expects its further use to make ice and other food. 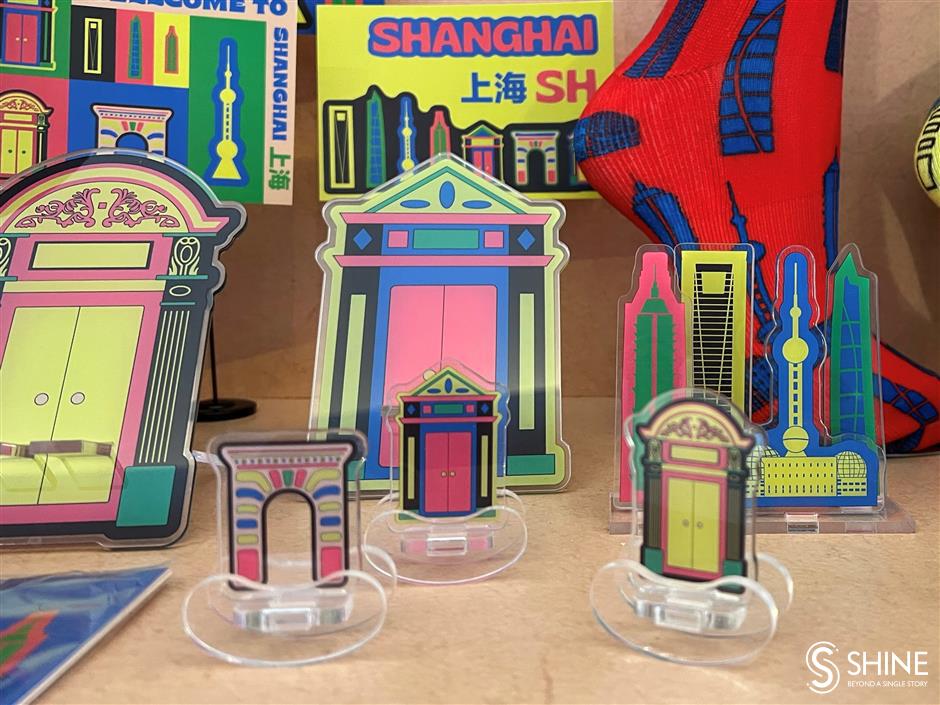 A miniature of Jiaxiuli, the former residence of Chairman Mao Zedong.

The competition dropped the curtain on a three-week cultural exchange event held for university students from Shanghai and Taiwan.

Visits to the city's cultural landmarks such as the Museum of Art Pudong, and talks with renowned artists and entrepreneurs offered seedbed for ideas. As a result, the students created more than 200 pieces of work to interpret the charm of Shanghai's and China's culture.

The winning pieces were revealed on Tuesday, and they are now being displayed at the tower's zero-meter hall in a free exhibition. They include a miniature of Jiaxiuli, the former residence of Chairman Mao Zedong; ornaments in the shape of the historic shikumen, Shanghai's unique stone-gate residences; and cups with images of a typical Shanghai lady from a century ago.

"I experienced the unique charm of Shanghai culture, and learnt about the development of cultural and creative industries. It inspired me," Yang said. "Also, I found it was a great opportunity for cross-strait cultural exchange." 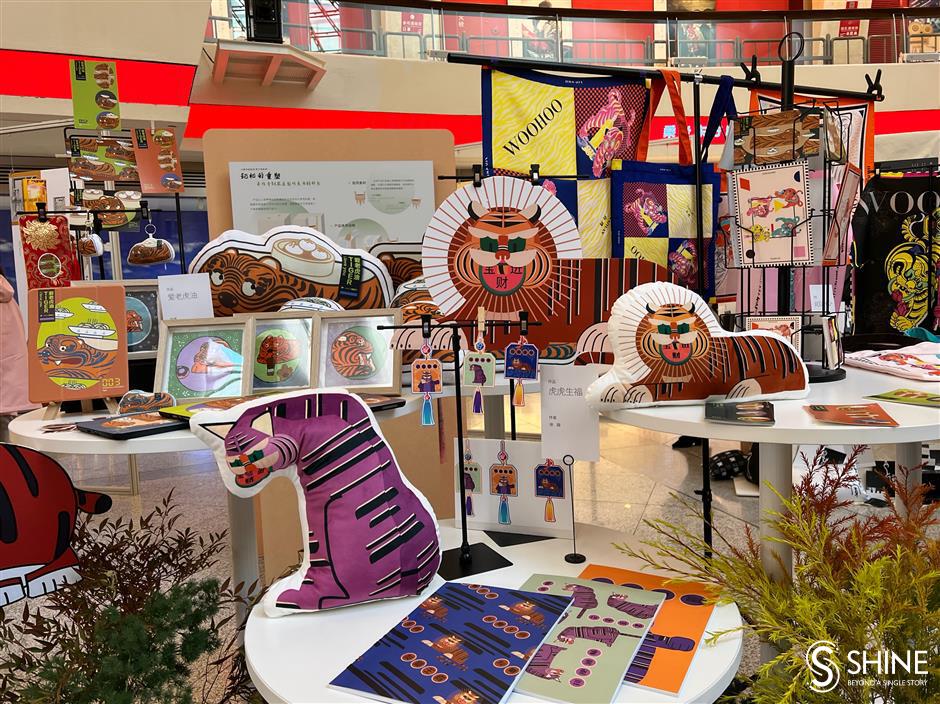 Cultural products about the tiger.

Wang Jian, a Chinese mainland student from Donghua University, agreed with Yang. "We learnt each other's landmarks and dialects. We experienced cultural collision, but it also sparked new thinking."

Wang applied blue dye and diancui, the craftsmanship of using kingfisher feathers to decorate hair accessories, on qipao, or cheongsam, a synonym of old Shanghai. "It's a rend to grant our cultural relics a new lease of life. And this competition taught me to link design to the market," he said.

The event was held by the Shanghai Administration of Culture and Tourism and the Chinese Culture Friendship Association. Some of the winning pieces of the competition are likely to be put on the market. 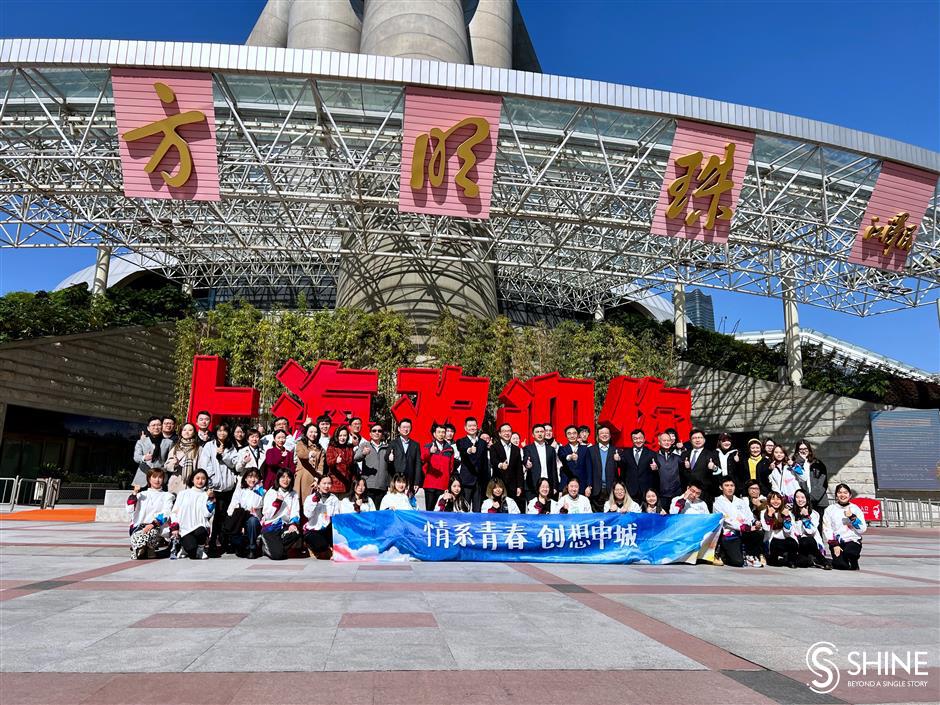 The students pose for a group photo at the Oriental Pearl TV Tower in Pudong.