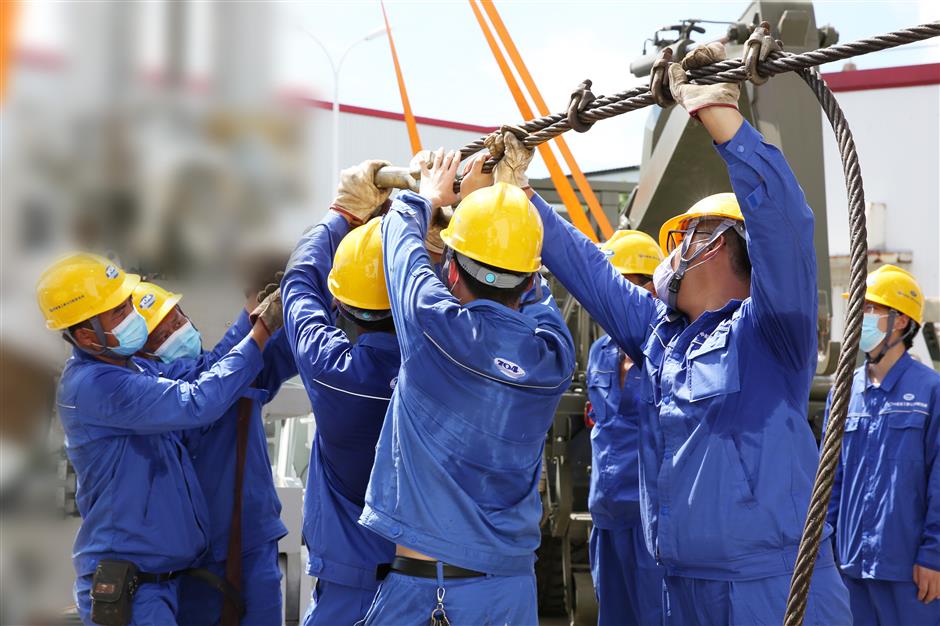 Workers brave the summer heat to carry out equipment commissioning.

Two sci-tech units based in Shanghai have achieved major breakthroughs in fields where they are playing leading global roles, according to the city's science and technology authority.

A taskforce of Shanghai Marine Equipment Research Institute has tested and developed a new-generation maritime support system that is being used internationally.

The overall performance of the new system has reached advanced levels internationally, making China one of the few countries that has independently developed this special support equipment system.

It has achieved major breakthroughs in the exploration of cutting-edge technologies of heavy equipment, deep-sea resource exploration, submarine deployment and recovery systems.

Overall it has improved the technical level of China's shipbuilding and offshore engineering support industries, and provides important support for China's deep-sea resource exploration and utilization. 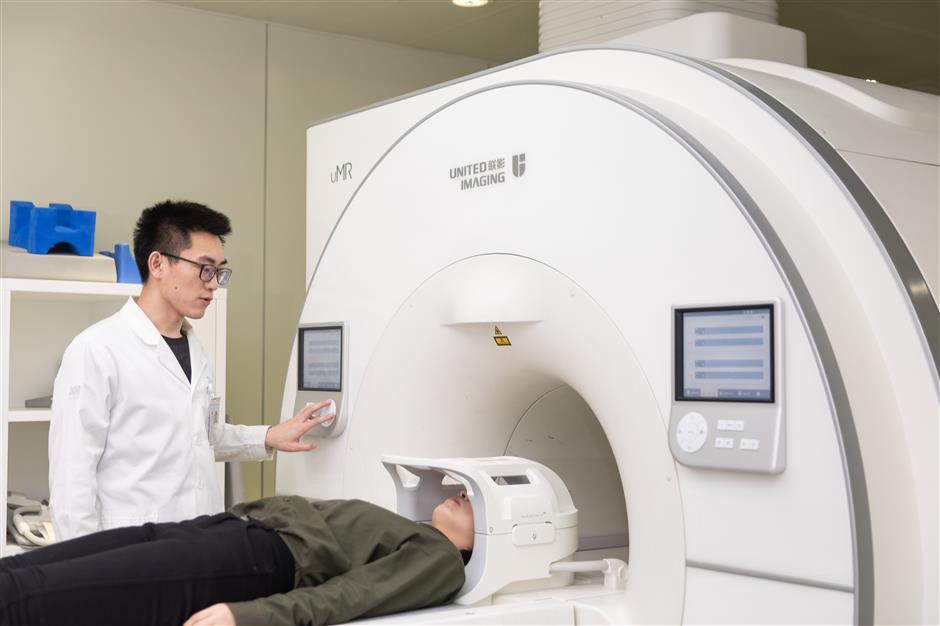 The United Imaging 3.0T MRI has been put into use in the hospital.

China has become the third country to independently research and develop all core components of high field magnetic resonance.

The product has achieved large-scale manufacture and clinical application, and cultivated and constructed a complete production, manufacturing and supply chain system.

United Imaging products have been recognized by a number of top-tier hospitals in China, and adopted by nearly 1,000 hospitals throughout the country.

In addition, United Imaging exports MRI machines to the United States and European countries, among others, and is expected to break the monopoly held in the sector by multinational companies over the past three decades.