Nearly half of Chinese adults have abnormal blood sugar levels

Nearly half of Chinese adults have abnormal blood sugar levels, triggering alarm bells on diabetes prevention and control, local medical experts said in a lecture during a series of educational events for World Diabetes Day, which fell on Sunday.

There are over 100 million Chinese with diabetes, and China is the country with the quickest increase in diabetes incidence in the world.

"About 40 percent of adults over 40 years old are in the 'pre-diabetes' stage, which means they have a high risk of developing diabetes if they don't take proper precautions," said Dr Hu Renmin from Huashan Hospital.

"An unhealthy lifestyle, especially improper diet and a lack of exercise, are the major causes of diabetes," said Dr Du Peiyi from Shanghai Yida Hospital. "Diabetes is a complicated metabolic disease, which can be controlled through a change in lifestyle. It is important to undergo regular monitoring of blood sugar, which is the key for diabetes prevention and control." 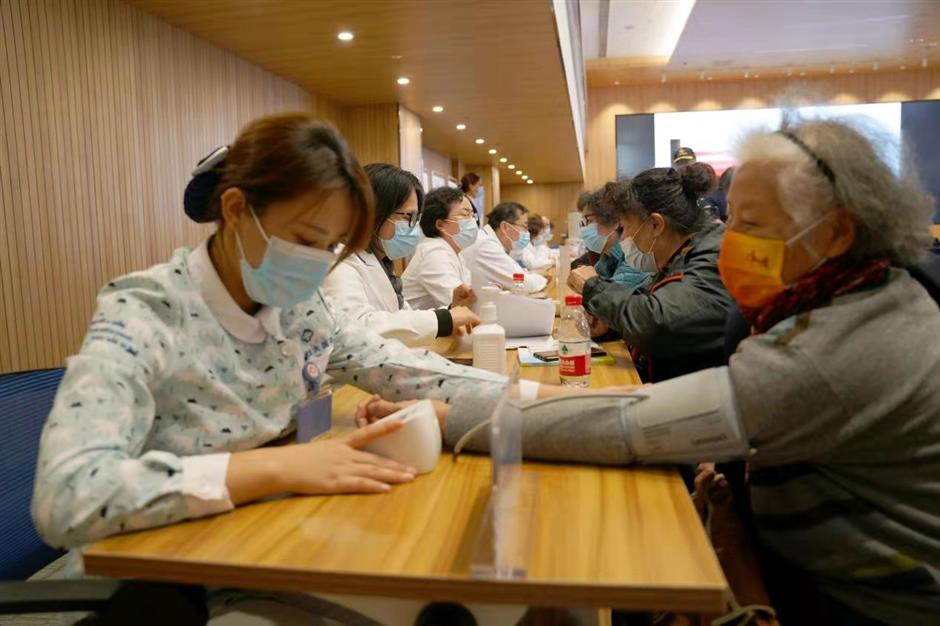 Elderly residents have their blood pressure and blood sugar checked during a health promotional event at Shanghai Yida Hospital.