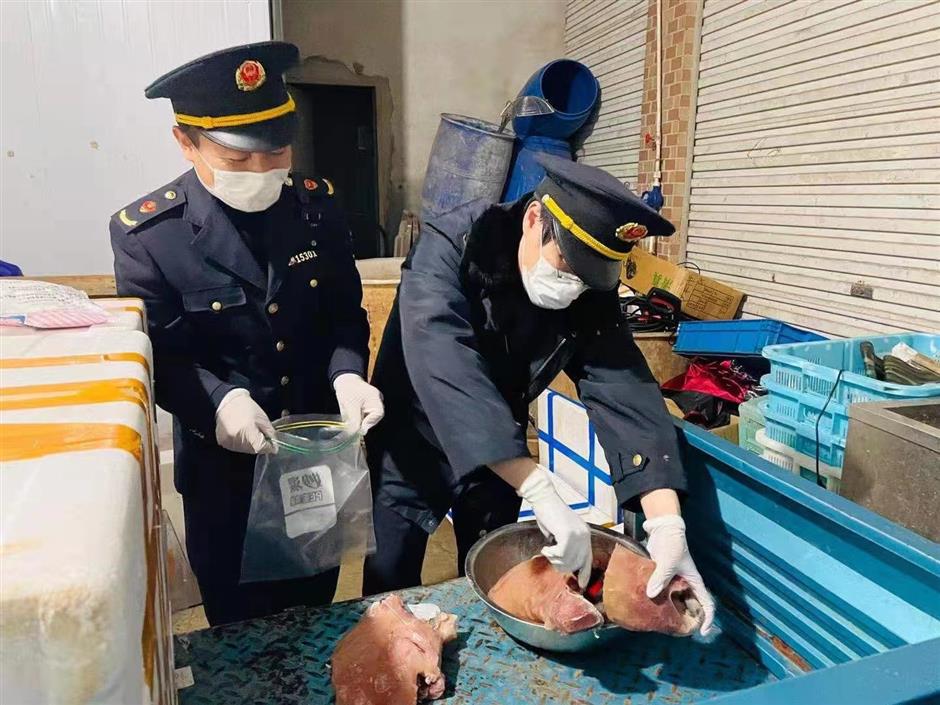 A meat stall in Songjiang District is under police investigation for adding formaldehyde into bovine offal, market regulators revealed.

The market watchdog in Songjiang District was tipped off early this year that the Xiao Yan fresh meat stall in the Punan agricultural product wholesale market in Yexie Town may have added formaldehyde into offal for sale at the stand.

Tripe and an unknown liquid totaling about one ton in weight were found at the stall by officials, and tests found that this tripe contained formaldehyde, inspectors said on Monday.

The case has been handed to police by the Songjiang District Administration for Market Regulation.