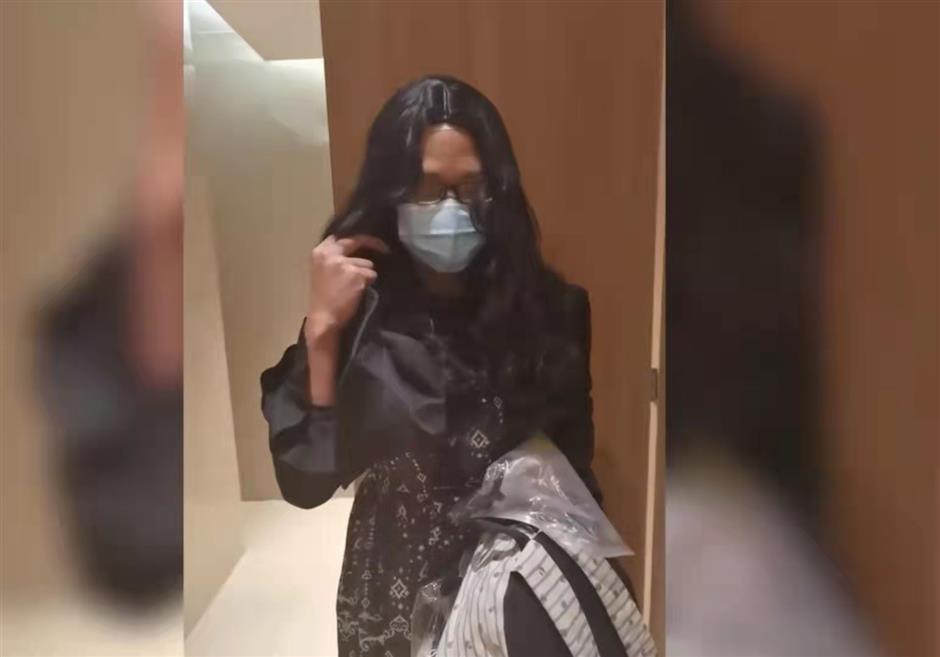 A man will be detained for 10 days after being caught secretly photographing women in restrooms, Shanghai police said on Tuesday.

The man was first caught by a resident, a male Weibo user surnamed Zhou, in a ladies' room on the fourth floor of the Aegean Place shopping mall in Minhang District on Monday.

Zhou said in the restroom a cleaning lady told him that a suspicious person was occupying one of the stalls in the ladies' room and that he was given permission to investigate.

"I knocked on the screen door of the stall, and when the person opened the door, I immediately recognized that it was a man wearing a wig and women's clothing," he said.

Zhou then used his mobile phone to shoot a short film of his conversation with the person, who was obviously nervous while being confronted.

Zhou also said he looked at the photos stealthily shot of women stored in the person's mobile phone with the person's consent.

"The photos were taken in different restrooms and were totally explicit," he said.

Zhou called the police and shopping mall security. The suspect was later apprehended at the scene by police.