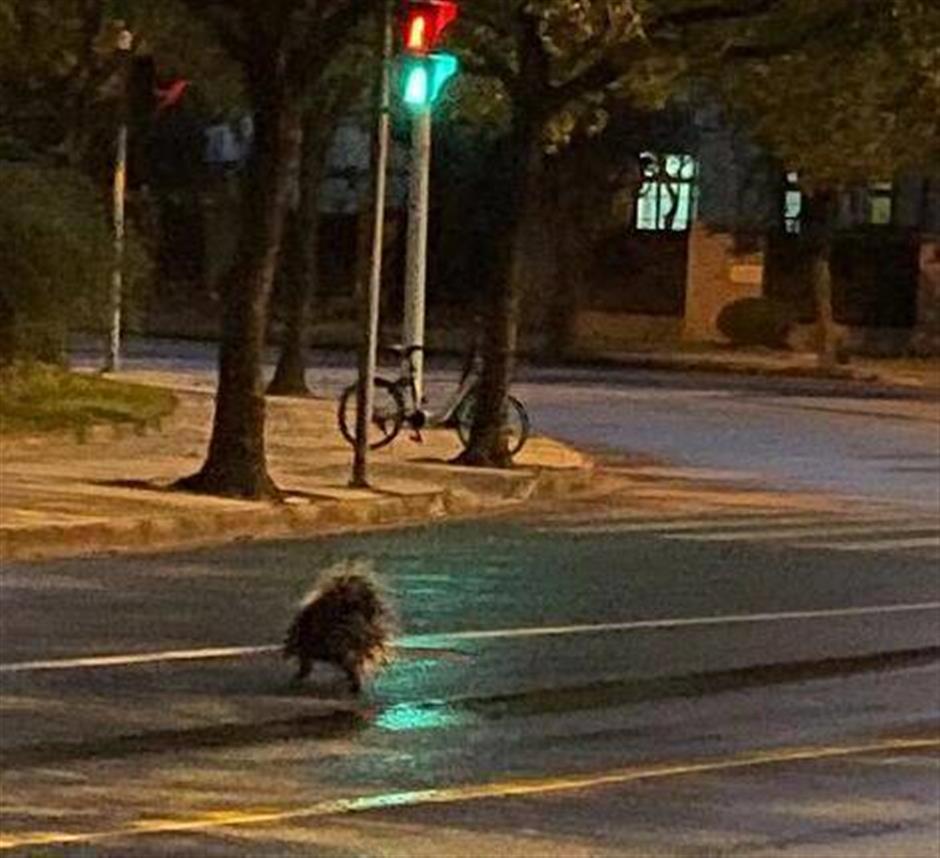 The mystery porcupine scampers across the road in the Pudong New Area. 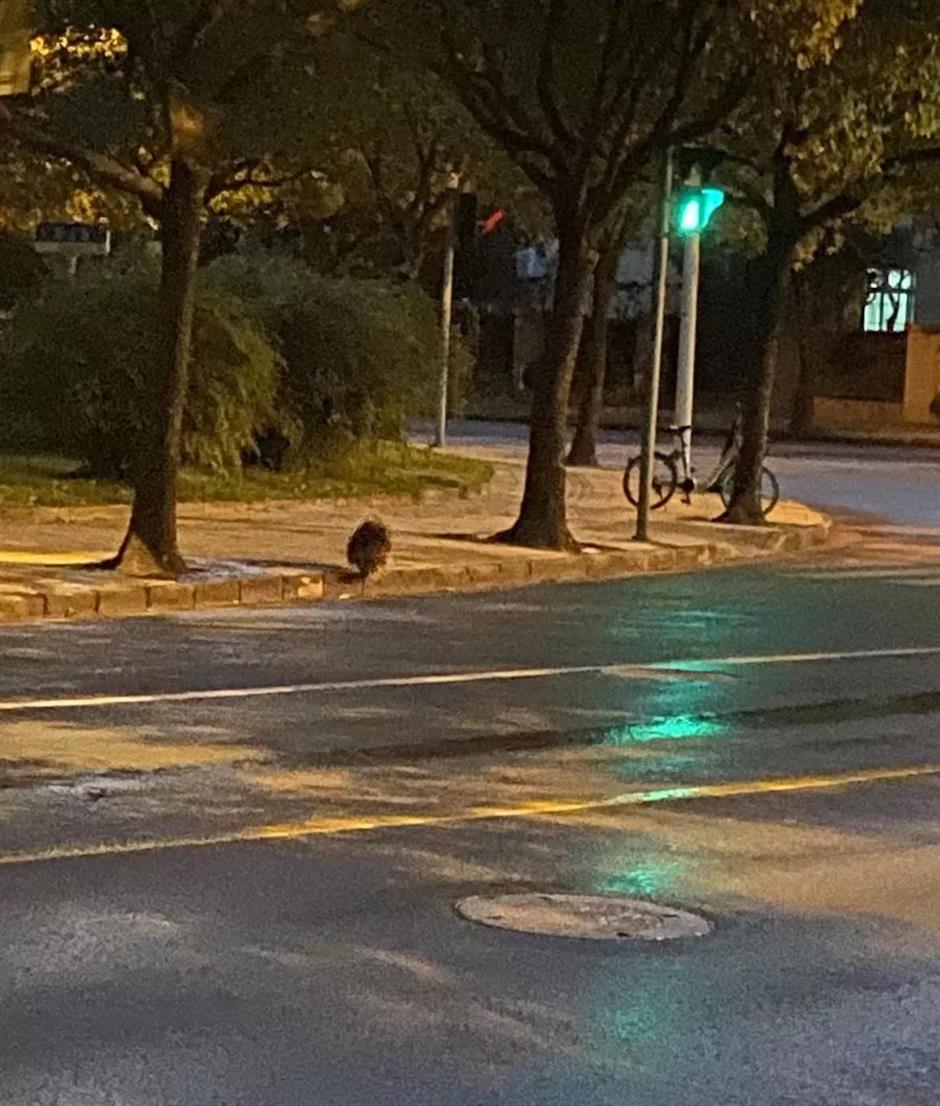 Continuing its journey, the porcupine uses the safety of the footpath.

A porcupine surprised a Shanghai morning jogger when it recently ran across the road near her home in the Pudong New Area.

A resident surnamed Li said she saw the animal dash out of the grass at the intersection of Biyun and Heisong roads while she was running at 6am on November 10.

"It looked like a huge hedgehog at first sight," recalled Li, who took photos of the animal.

"Due to the dim light, I did not see it clearly and, after observation, I was not sure," she added.

She took a few photos and sent them to her WeChat groups to find an answer.

Based on the images, wildlife experts identified the animal as a porcupine.

The reason for the animal's appearance in downtown Shanghai remains a mystery.

It is not likely that it came in from the wild, said Wang Fang, a researcher at Fudan University's School of Life Sciences.

It seemed to be in good shape so it was probably being fed by nearby residents and ran away, said Wang.

In October, 2017, a porcupine was spotted in Qingpu District where there is a rearing base for the breed.

The Shanghai Wildlife and Plant Protection Association advised people to avoid touching wild animals if they encountered them and to stay safe.

Instead, they are suggested to call 12345, a 24-hour government-run, public-service hotline, for help. 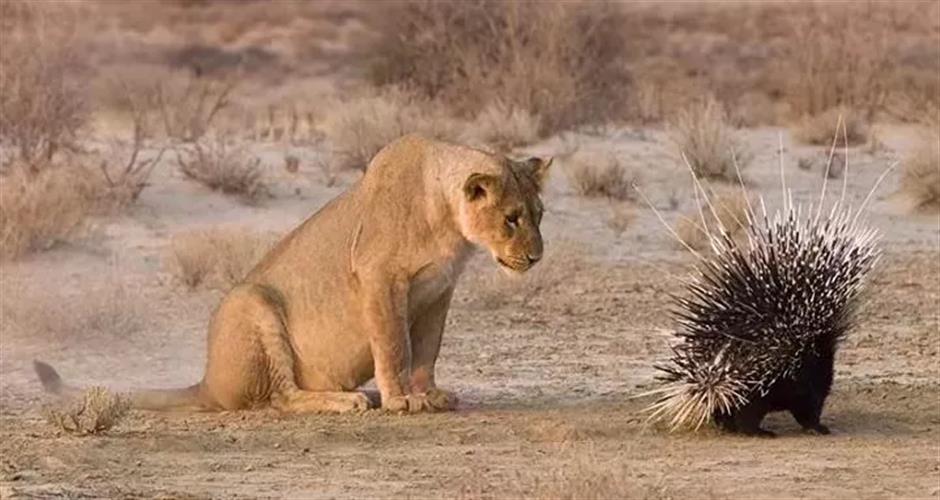 A porcupine is usually at home in the wild.