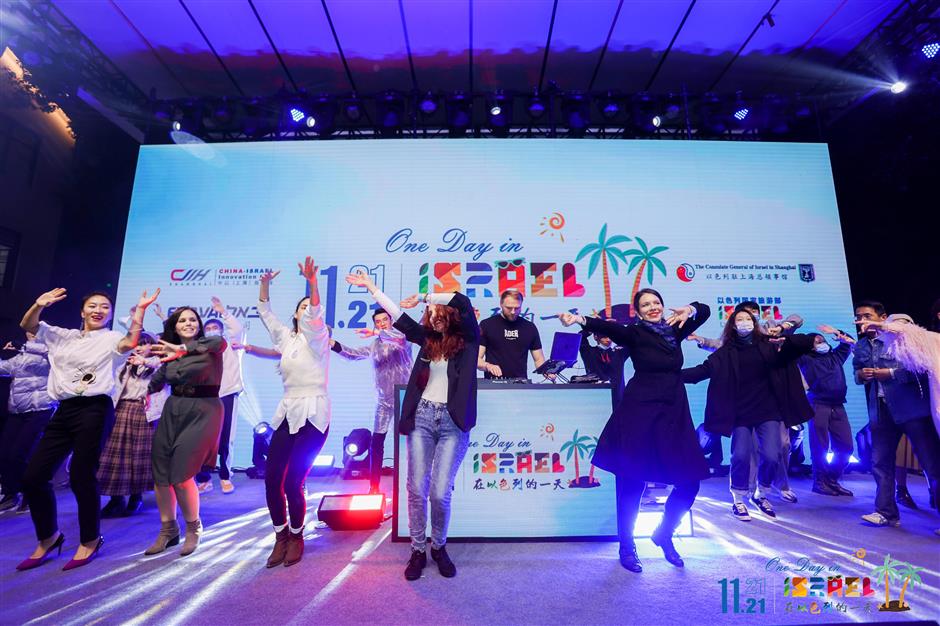 Guests and visitors enjoy dancing during the "One Day in Israel" event at the China-Israel Innovation Hub in Shanghai.

Visitors to the China-Israel Innovation Hub on Qilianshan Road yesterday found themselves immersed in a variety of cultural events.

"One Day in Israel," organized by the Consulate General of Israel in Shanghai and the innovation hub in Putuo District, was aimed at offering local residents interested in the West Asian country an opportunity to "explore and experience its culture without going all way to the country."

"We are holding this event to introduce our Chinese friends to a very unique Israel, with culture and arts, which is everything related to people-to-people exchanges," said Edward Shapira, consul general of Israel in Shanghai, at the opening ceremony.

"In almost two weeks we will be celebrating the second anniversary of the innovation park. What is the best way to celebrate such cooperation, especially in these challenging times? I think the best way is to show Chinese and Israeli friends how the collaboration is developing and how the possibilities are open to local people."

Featuring 20 workshops and 35 interactive activities, the event covered music, food, dancing, movies, arts and design, among others, to showcase the culture, traditions and creativity of Israel.

A participant was lucky enough to win a lucky draw of two return flight tickets between Shanghai and Tel Aviv.

Next year marks the 30th anniversary of the establishment of official diplomatic relations between China and Israel. 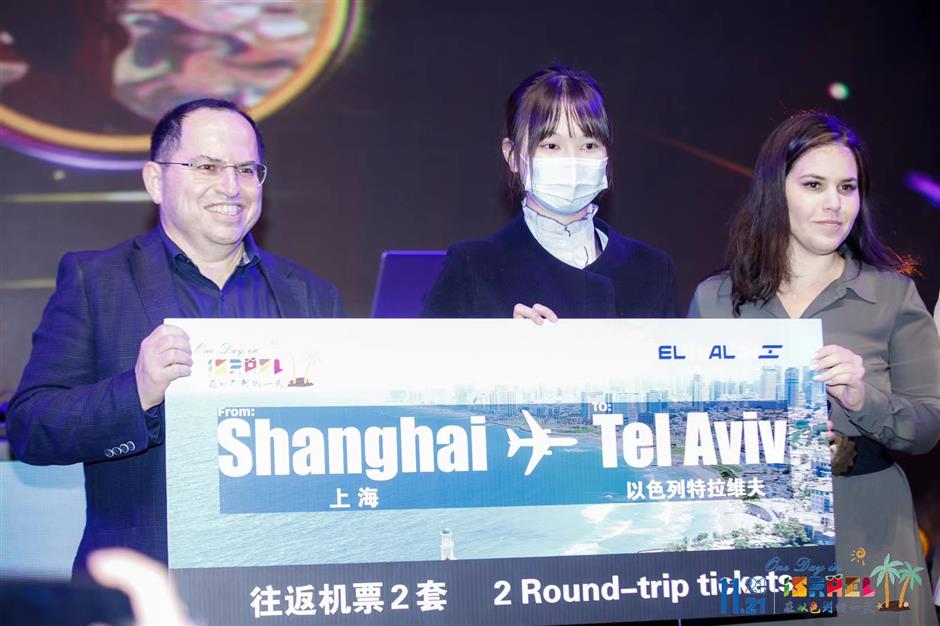