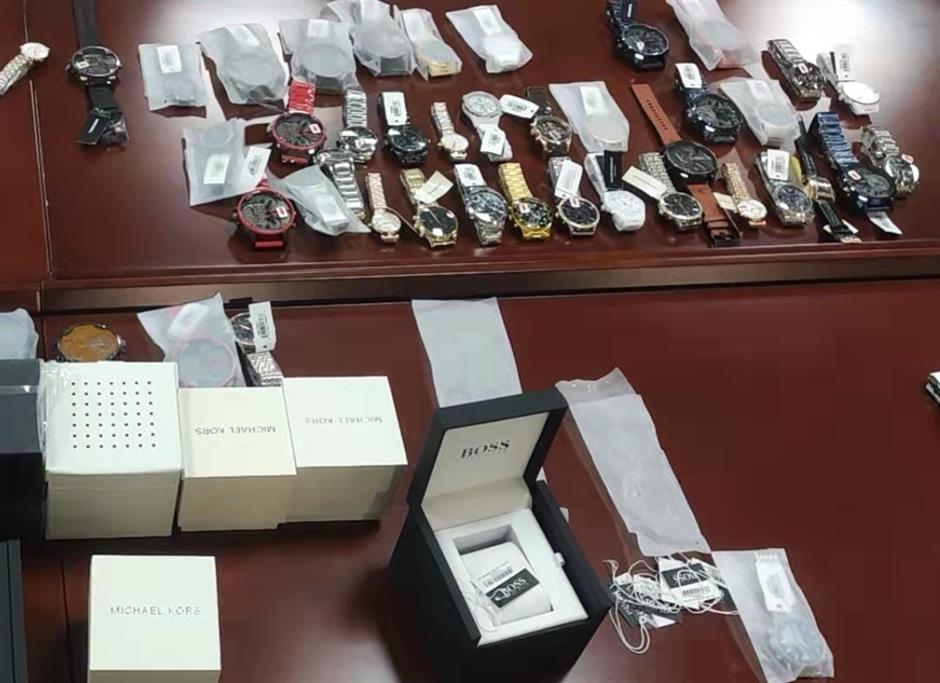 Some of the fake watches seized by police from the gang.

Thirty suspects have been caught for allegedly making and selling fake watches of Fossil and other top brands, Shanghai police said on Wednesday.

The brands infringed include Emporio Armani, Michael Kors, Diesel and Fossil, among others, police said.

The suspects have allegedly made more than 18 million yuan (US$2.8 million) by selling the fake watches over the Internet since 2018.

Police in Putuo District started their investigation in late April after several people reported that they had purchased fake Fossil watches from a website.

A part of the fakes were sold on the Internet at market prices of their authentic counterparts, while the rest were sold at discounts, police said.

The suspects were recently rounded up from Guangdong and Guangxi by police, with more than 4,000 fake Fossil watches seized from them.

Six of the suspects have been arrested, while the rest are placed under restrictive measures by police.