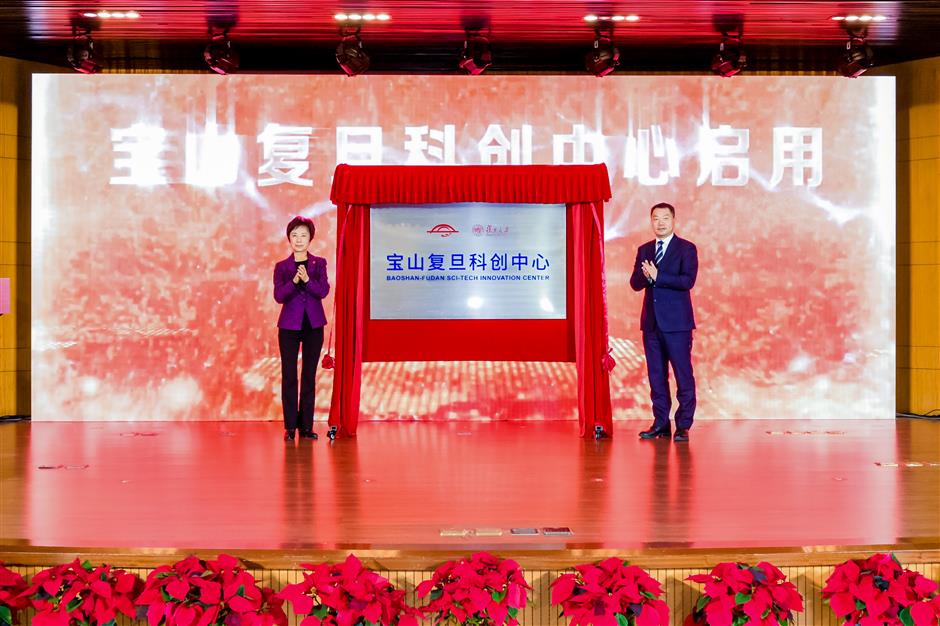 A key scientific innovation center was launched at the city's former iron and steel industry base in the north of the city on Wednesday to foster the development of the latest scientific achievements of Fudan University.

The Baoshan-Fudan Sci-tech Innovation Center was launched at the Stainless Building of China Baowu Steel Group in Baoshan District, which is transferring the iron-steel production lines and turning the Wusong area into a smart city.

The center marks a new milestone toward realizing Shanghai's ambition to become a scientific innovation center with global influence, as well as to help transform the city's northern industrial base into a core scientific and technological hub.

The first batch of eight innovative projects from professors and research teams of the university moved into the newly unveiled center on Wednesday.

They include the awarding-winning functional mesoporous materials development project from Professor Zhao Dongyuan, which has won a top national nature and science award.

The mesoporous material, or super nanoporous, is a nanoporous material containing pores with diameters between 2 and 50 nanometers, which can be used for the pharmaceutical and cosmetics, new energy, environmental protection and electronic materials sectors.

The intelligent fiber materials developed by Professor Peng Huisheng can be widely used in new energy, information technology, wearable devices and health and space exploration. Many bottleneck issues are expected to be solved by the new materials. 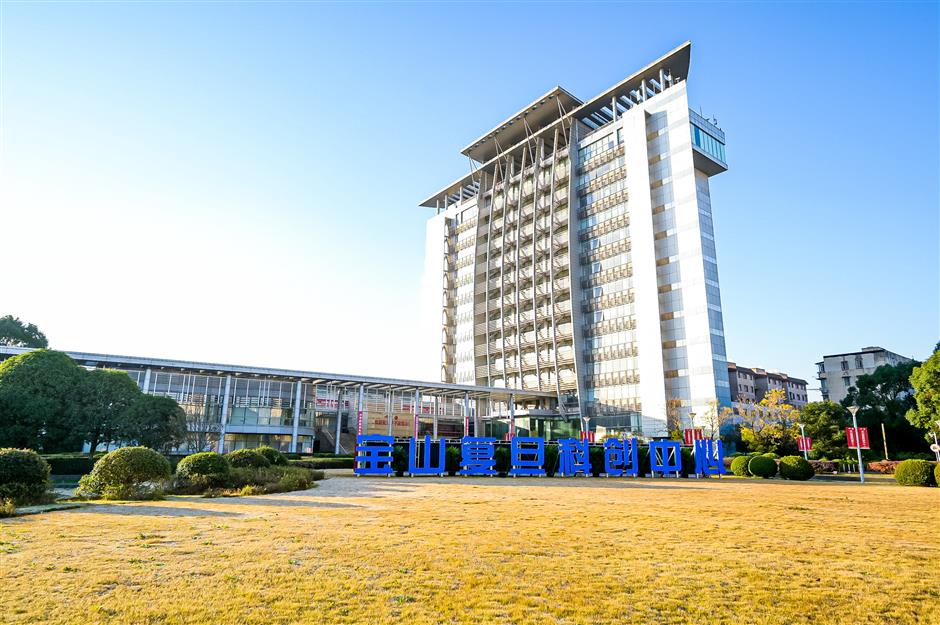 The Baoshan-Fudan Sci-tech Innovation Center on the opposite of No. 1 Shanghai Steel Factory, China's earliest steel production line dating back to the 1930s.

Baoshan District and the center will offer all services and resources to help foster the growth of the scientific projects, said Gao Yiyi, director of Baoshan.

The district has issued a Science Membership Card which features a specialized 24-hour hotline. The center will support the development, exhibition, trade, industrialization and marketing of the projects.

Additional scientific projects and research teams, mainly in chemical materials, information electronics and equipment manufacturing, will be moved into the center.

The Wusong area, known as the cradle of China's modern industry, was home to the renowned Baosteel Group and more than 300 other metal refineries and chemical engineering plants dating back to the 1930s.

The smart city was once home to the city's earliest iron-steel plants – the No. 1 and No. 5 Shanghai Steel Factories – and later became the core production base of Baosteel. Chairman Mao Zedong and former leaders Deng Xiaoping and Jiang Zemin visited the site.

Most of the factories have closed or been relocated due to pollution problems. Now, the 26-square-kilometer site is to be turned into Wusong Smart City, a sub-center with new materials and hardware industries, scientific and cultural innovation parks, commerce and business facilities, residential communities and waterfront attractions.

The redevelopment project aims to become a model for the transformation of old industrial bases across the country as well as a gathering place for innovation, entrepreneurship, and tourism.

The future Wusong Smart City will have a park at its center along with a business center in the Yanghang area and a cultural center on the waterfront of the Yangtze River.

The riverside regions of the Huangpu and Wenzaobang rivers will be developed for sightseeing and recreation, according to the general blueprint. 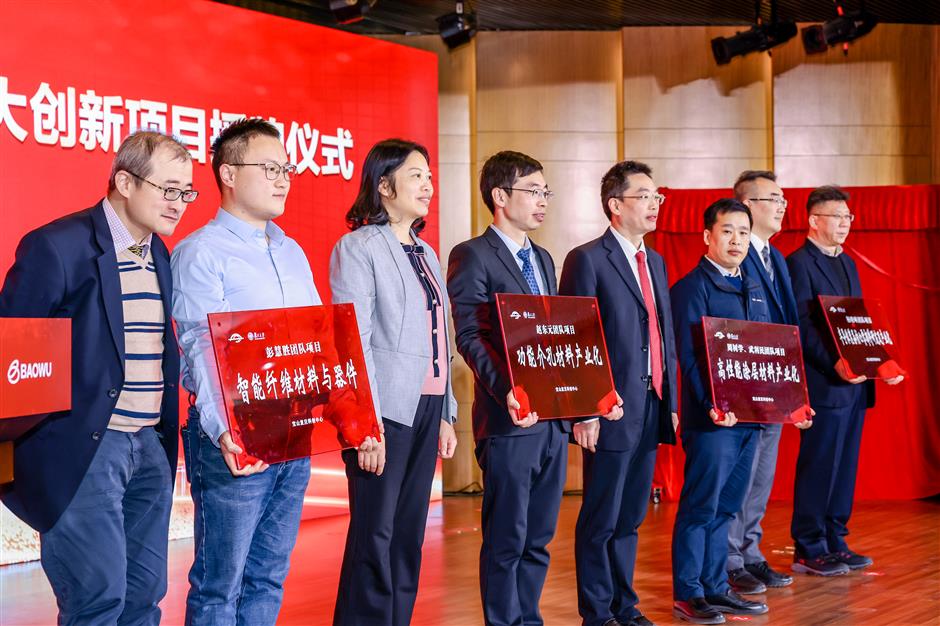 Leading professors and researchers of Fudan University move to the newly opened center.