A local technical company was defrauded of about 35 million yuan (US$5 million) by the gang, making it the largest sum lost in a reported telecom fraud case in Shanghai in 2019.

The procurators gave details of the case, saying that a financial department employee at the company was asked via QQ, a Chinese social platform, by a fraudster, who claimed he was the staffer's boss, to transfer 35 million yuan in total to several bank accounts on July 29 and 30 in 2019.

The criminal gang was busted by police in Cambodia later in 2019 after the staffer reported the company's loss.

After taking over the investigation of the case, the procurators discovered that a total of 147 companies were tricked out of more than 90 million yuan by the fraudsters.

During the implementation process, criminals were assigned different roles, such as some were in charge of making phone calls to gain victims' trust and some worked to make sure the scams operated smoothly.

The gang was run like a company, said the procurators.

The confession and punishment rate of the extraordinarily large telecom fraud case has reached more than 90 percent, with the rate of determining the sentence at 100 percent, as adopted by the court in accordance with law, they added. 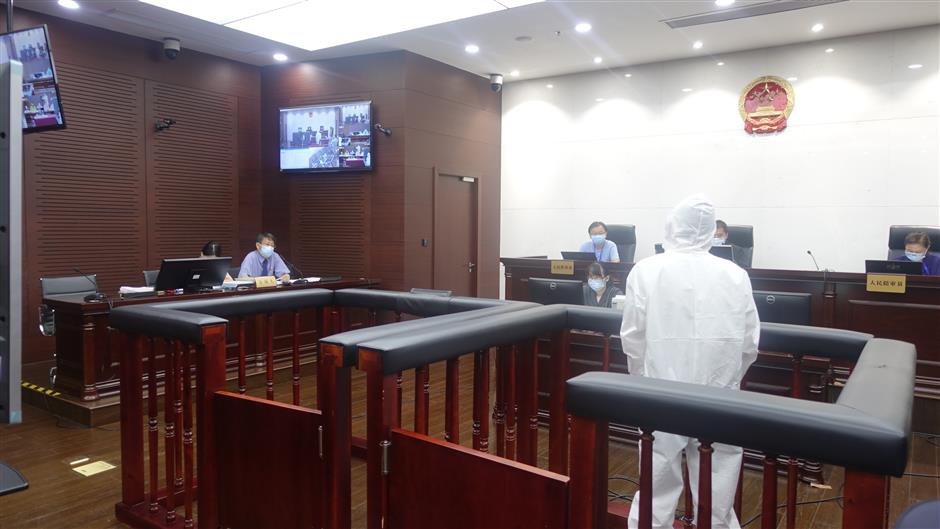 One of the scam gang member during his trial.